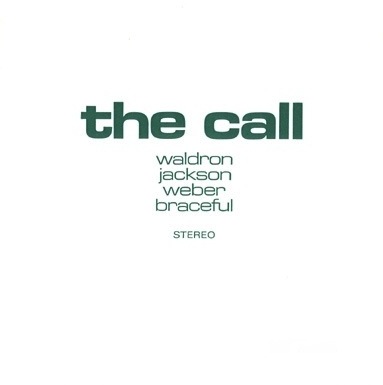 Seeing as Mal Waldron inspired Manfred Eicher to put out his first release, Free at Last, on what was to become the legendary ECM label, it is only fitting that his name should also grace the first release of its relatively short-lived companion imprint, JAPO. Through the magic of digital reissue, many of these once elusive albums can now be experienced for the first time, if not anew. Dipping into the waters of The Call (not to be confused with the Charles Lloyd record of the same name) is like tripping on the past as if it were the Here and Now. Over two long takes, averaging 20 minutes each, he and an all-star team transport us to a warm and inviting sound that is equal parts hard bop jam, psychedelic dream, and free jazz meditation.

The title track brings an energizing sound, slick and classic as can be. Bassist and future ECM mainstay Eberhard Weber, along with drummer Fred Braceful, spurs us through some thickly settled spaces, courtesy of Jimmy Jackson on the organ, all led by Waldron’s interplanetary surf. This joyful epic peaks in a glorious bouquet of heat distortion, smooth as it is sere. Lively solo action from Weber and Braceful pushes the band’s sound into delicate relief, throwing us into a dark groove before restoring us to light.

“Thoughts” is an altogether different spoonful. A diary of aural scribblings, it unfolds private wishes with meticulous patience. After a watery intro, Waldron lays down a chalky little vamp. Subtler denouements and a twist of introspection complete the cocktail. You’ll find no miniature umbrella peeking out above this rim…only the curve of a listening ear. Waldron skips us like a stone into heavier grooves, which in return spiral into whispers. Drums curl inward, and in these quiet crawlspaces between the floorboards of the mind, we take our rest, lost among the dust bunnies whose filaments are string and wire and electric current.

This is music that tastes exactly like what it’s made of.