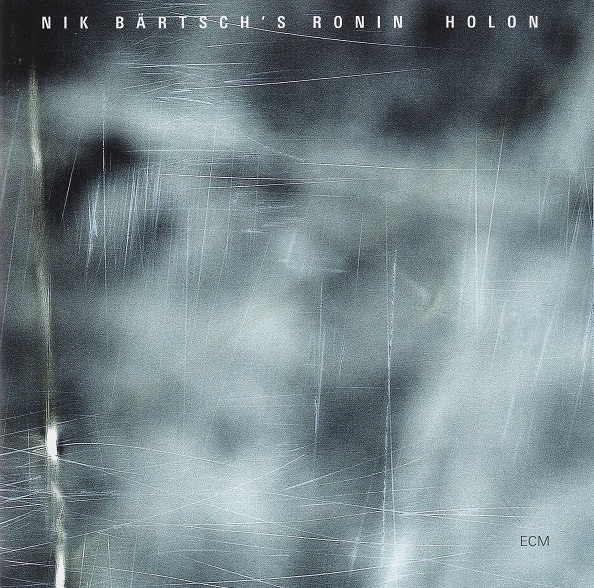 “A band should mature into an integral organism—then it is alive, like an animal, a biotope, an urban space.”
–Nik Bärtsch

With the release of its ECM debut, Stoa, Nik Bärtsch’s Ronin hit the air flying with its meticulous brand of Zen-funk. Two years and eons of experience later, we have Holon, the title of which reveals the band’s underlying ethos: that which is simultaneously part and whole. The beats of this sophomore studio effort are no less regular than those of their predecessor, but now there is something more unitary and, as Bärtsch himself observes above, downright biological going on. Such wording is no mere metaphor, but a lived reality helped along by the decidedly acoustic mix (only Björn Meyer’s bass is plugged), as well as by the fearless integration the group has honed over countless hours of playing as one.

“Modul 42” is where Ronin’s openness comes most explicitly into play. It is an aural body built around contrasting elements. Sparkle and shadow, peace and unrest, freshness and decay—all of these intermingle in recurring dreams, inflected slightly differently with each repetition. Here and elsewhere on the album, Bärtsch’s contact inside the piano reveals a percussive, resonant core less obvious in previous recordings: a staple of his performance style since.

“Modul 41_17” is the first of two transfusions, this one offsetting the same earlier Modul 17 that was dovetailed with 38 on Stoa. Set atop a spinning plate of two notes, Meyer’s contemplative spirals join with others in the fray, cohering into a veritable golem of groove. One can almost feel the platelets conjoining in renewed life as the elements shift and sway to the pulse of some physiological alterity, which marks by its upward chromatic swings the flexion of something divinely ordered. Bärtsch’s dampened finger tapping looses sonic sponges, which soak up all the surrounding water until nothing is left. The second pairing, “Modul 39_8,” is among Bärtsch’s most enchanting. A delicate chemical infusion, it strikes the ether as if it were a matchbook.

“Modul 46” is a blush of autumnal nostalgia that proceeds by delicate propulsions. From the enchanting pianism to the underlay of rhythmatists Kaspar Rast and Andi Pupato, Meyer’s rounded spine and reedist Sha’s tender pocket, this especially jazzy module builds to a luminescent peak.

Rhythmic stacking continues to be a leitmotif of Bärtsch’s vocabulary, and the corridors of “Modul 45” are noteworthy in this regard. Anchored by a rubbery bass and smoothed by interplay between piano and saxophone, it slows into utter transcendence, balancing the piano’s reflective highs with Meyer’s twangs of reconciliation before opening into a stretch of desert music. Sha’s yodeling saxophone cleaves the night with rifts of ebony, while Bärtsch’s solo epilogue reveals nakedness beneath an outer skin.

“Modul 44” tells the story of the former’s slumber, not a dream but a sleepwalk through vestiges of time and space. This is a skeletal creation, a constellation that maps an intergalactic railroad ridden by remnants of ethers whose tickets have yet to be punched.

Call the music of Ronin whatever you will. I call it a jamming of dark matter that abides by its own string theory, and which through self-absorption finds an alternate identity waiting in the wings. One flap, and its echo is felt galaxies away.