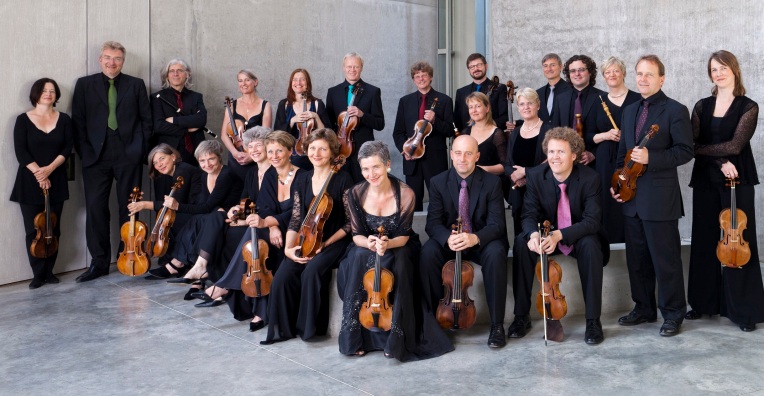 On Friday, the Freiburg Baroque Orchestra brought its crisp, pristine sound to Cornell’s Bailey Hall. They were in the company of world-renowned baritone Christian Gerhaher and clarinetist Lorenzo Coppola for an all-Mozart program. It was just the hearth by which we needed to warm ourselves on a blustery night.

The first half of the program was backboned by Mozart’s Symphony No. 36. Known as the “Linz Symphony” — so nicknamed for the Austrian town where the composer dashed off the piece in just four days — its merits are about as appealing as room-temperature soda. A conservative choice, to be sure. But FBO conductor Gottfried von der Goltz did something brilliant by shuffling a handful of Mozart’s operatic arias between its individual movements. The arias, culled from Don Giovanni and Le nozze di Figaro, were comfortable territory for Gerhaher, who recently released his first Mozart album with the same musicians.

Gerhaher proved his reputation as perhaps the world’s greatest living baritone as he navigated every Mozartian maze with dynamic vibrancy and method acting. The otherwise tepid symphony provided an imaginary context for the songs. The opening movement was now an overture, its slightly ominous blush and fluid transitions showing off the orchestra’s winds and pristine intonations. The Freiburgers made it fresh with inflections borrowed from Vivaldi (reflective of their Baroque roots) and Beethoven.

After hearing Gerhaher plunge into the piquant “Metà di voi qua vadano,” from Don Giovanni, during the symphonic Andante it was all one could do not to expect his voice to come ringing out at any moment. The interminable teaser endings so common to Mozart stretched patience a bit when watching one of the world’s finest singers sit it out on a chair between blast-offs, but paid dividends when he handled verbal workouts such as “Ah, pietà, signori miei!” and “Tutto è disposto… Aprite un po’ quegli occhi”—from Figaro and Giovanni, respectively—with absolute fluency.

Though Gerhaher continued to command following intermission, it was the A-major Clarinet Concerto that provided one of the most memorable performances to grace the Bailey stage in recent years. Not only because the piece, with its universally recognized Adagio, provoked gasps of recognition throughout the audience, but also because soloist Coppola simply gave the finest rendering of the piece I’ve ever heard in a live setting. This was as much a matter of technique as of instrument, playing as he did the rare clarinet d’amour, a predecessor to the modern counterpart, that would have been played at the time of the concerto’s premiere. Coppola delighted us with a preamble about this “theatrical” instrument and invited us to see the concerto as a “little opera in three acts.” His seamless, animated performance made it so.

Two encores validated the enthusiastic applause, including crowd favorite “Deh, vieni alla finestra,” for which Gerhaher was accompanied by mandolin in Giovanni’s famous serenade. And in the end, this was the concert’s greatest appeal. When big name acts come to the Cornell Concert Series, it’s sometimes clear that we are a minor stopover during a larger tour. But von der Goltz and his synergistic band gave us their all, and we couldn’t have asked for more.

(See this article as it originally appeared in The Cornell Daily Sun here.)