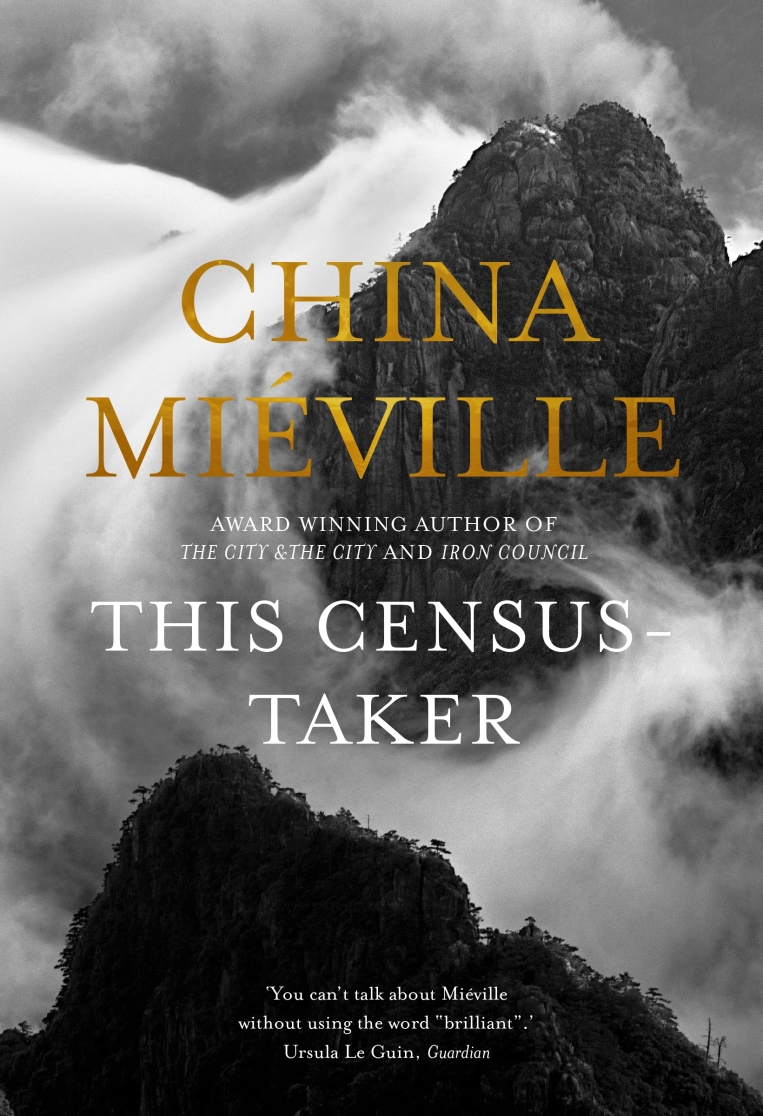 China Miéville may be a pioneer among writers of the New Weird, but his latest, This Census-Taker, recasts the genre as more of the Old Familiar. Miéville’s oddities, intricate as they are, would be nothing without their consensus origins, and these he draws from a well of mythological tropism as dry as it is deep. In this instance, however, we cannot attribute askew narrative moments to weirdness for its own sake, tending as they do to the novella’s central theme.

About that theme there can be no mistake as the first sentences jump into your retinas: “A boy ran down a hill path screaming. The boy was I.” Said boy, anonymous and writing now as an adult, insists his father killed his mother. Or was it the other way around? At first he can’t be sure and must piece together the flow of events barely consummated in order to convince the stunned townsfolk of his witness. Though his interruption may wound their drab landscape — a rural outpost, likewise unnamed — he paints the town as a place un-locatable on any maps but the ones readers unfurl with hands of expectation. As if torn from the pages of Italo Calvino’s Invisible Cities, it’s a place that loses touch with security the higher it is off the ground. Wherever and whenever it exists, it is a postwar bastion of antebellum ways, whispering magic through its abundance of “weather-watchers and hermits and witches,” and where electricity is a luxury relegated to occasional use of generators.

The boy unloads his shock before strangers, thus lighting a fuse that burns to a dud. This is, I think, what Miéville wants. The point of this story is to have none. Not that he fails to mark his narrative trail with landmarks along the way, each of which facilitates informed conclusions about denouement. We know the boy is an “uphiller,” a derogatory term used by those below in reference to those who live above; that his home is a desolate one, nestled in hilly rock, where his main contacts are with the local feral animal population; and that his mother’s death has permanently stained his domestic comfort zone, despite the father’s best efforts to wipe its horrors away. In light of the murder, imagined though it might be, we must therefore take the inside flap’s press language, which promises “a poignant and riveting exploration of memory and identity,” with caution. Memory is vital to its telling, but would wither in the absence of trauma. It is not an exploration but a reconstruction of memory, riveting only in the sense of fastening together disparate pasts into a coherent mental overlay.

Of his memory we have so little that it ceases to matter. He remembers his mother as a beautiful, if weather-beaten, caregiver who allowed her son to figure out much of life on his own. But the current of his recollection is shored up by memories of father, whose reputable problem-solving meets the needs of his customers by means of a mystery craft. The meticulousness of his work says much about his lack thereof in childrearing. The boy is rarely alone with his father, more often watching, concealed by horror, as the paternal figure kills a dog from the local hills, if for no other reason than the thrill of it — thereby revealing a binary theme of animality that is intimately linked with the mother’s disappearance. Patriarchal control of the family sphere is part and parcel of pastoralism, and while theirs isn’t an agrarian economy, an abundance of wildlife — some innocuous, some threatening — nevertheless creeps in on all sides like a gang of potential fatalities in the flesh.

Physical elements achieve symbolic realism in the story. A derelict bridge, for one, runs through the center of the town and weighs not transport but squatter dwellings overrun by orphaned children. The trees, for another, constitute a living, architectural force that shapes the town as much as its everyday activities. Yet the most vital aspect of the boy’s life is the dump-hole into which his father drops their trash and, presumably, the occasional prey. When the eponymous census-taker arrives at last to take stock of the father’s past, to know where everyone stands in the wake of an alluded war, he asks to see the hole in question. He spelunks into it, emerges with no explanation of its depths, and adopts the boy as his intern. Miéville’s commitment to ambiguity is in solidarity with his protagonist’s own. His victim narrative matters above all as a navigation of the past, putting enough boards over the hole in his personal cave to avoid joining the pile of corpses his father has left behind.

That Miéville falls into the common authorial trap of (animal) killing for mere sake of human character development could be a detriment in other contexts but here deems the narrator worthy of his impressions. Trauma memories are filed differently from other memories in the brain, their access as much a question of kind as degree. Over time, these memories become an ongoing mechanism of survival. And so, expressive violence indicates the father’s own traumas, remainders of the elusive war. Which is why, in an effort to feel connected to nature again, the narrator’s memories of mother find her gardening and cooking, and those of his father in the delivery of animal fatalities, because the boy yearns for some connection to the landscape never otherwise encouraged.

The narrator’s occasional switch between first and second person indicates a corporeal disconnect. In order to combat fear of embodiment, he turns trauma into a tool. Census-taking is an ideal vocation for such a one. It requires categorization by letters and numbers, each person fitting neatly into an indexical spectrum of judgment. It gives him the illusion of control — writing, after all, under guard in a modern city — over his mortality. Where his father has cultivated loss into an abscess of violence, the grown boy protects the emptiness within, an emptiness born of pacifism, at all costs. The novella’s title — note This, not The — is therefore more than accusatory, even if it is a direct quote from an angered father losing his emotional battles, for one may further interpret the title as a self-referencing mechanism on the narrator’s part, a way of seeing the ending in the beginning. Intrigue thus proliferates around the novella’s inarticulate center, not unlike that persistent hole: the core truth he cannot ever grasp by purchase of remembrance. The reason we are not gifted with its secrets is because they are not ours to own.

(This article originally appeared in the now-defunct SF Signal, and is archived here.)