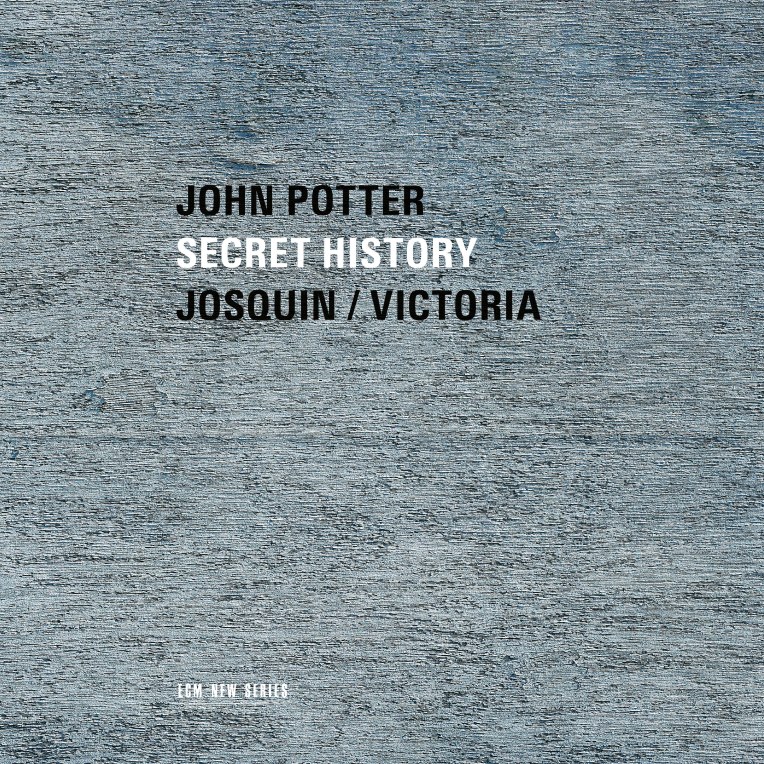 Not knowing a man, the virgin mother bore
without pain the savior of the world,
the king of angels himself
suckled only by the virgin,
her breasts filled from heaven

So begins Secret History, an album once buried in the ECM vault, recorded as it was in 2011, and brought to light six years after the fact. In this song, composed by Jean Mouton (1459-1522), we understand through the intertwining voices of John Potter and Anna Maria Friman the blessings of divine and fleshly life, wherein flowers a contradiction so mysterious that unity can be its only gift.

In his liner note, Potter outlines the project’s philosophical genesis: “Music history is traditionally written in terms of composers and the first appearance of their significant works,” he writes. “Performance history doesn’t work like that: it’s the story of what happens to music after it has been written down.” So saying, he has assembled for the fortunate listener a series of tunes that survive in the tablature of lutenists and vihuelists who recast sacred polyphony into barer mosaics.

The two supports of this thrumming loom are Josquin Desprez (c. 1455-1521) and his Spanish successor, Tomás Luis de Victoria (1548-1611). Although not typically linked in the manner they are here, both composers belong to a nexus of musical ideas that, while rooted in the church, took on lives of their own when itinerant string players arranged them as standalone vocal pieces. And while such “corruptions” might be seen far removed from their sources, they are in fact part of a larger, breathing organism that subsists on the spiritual food of interpretation. Potter and friends make this outward progression as clear as the notes have been resilient to the passage of time.

Victoria’s Missa “Surge Propera” is a tender spine, the separated vertebrae of which find cushioning in Josquin’s expansions of anonymous chants, thereby expressing the inchoate ability of melodies to shed their composers in favor of the God in whose honor they were penned. The mass, for its part, is so deeply intertwined with the Spirit that it cannot feel like anything but a benediction, even when its choral setting is condensed into the chamber of a single vihuela, played by Jacob Heringman. Other pieces by Josquin, such as the heartrending “Absalon fili mi” and “Nymphes de Bois,” brush gently against Victoria’s “O magnum mysterium,” which closes its eyes like the doors to a vestry, wherein rest sacraments of infinite musical possibility.

Heringman’s own Preludes, sprinkled throughout, are like the punctuation of a grammar that makes itself known gradually, intimately. The larger context, however, is still being written, and stalwarts like Potter are key voices in the conversation. His passion for innovation reveals an innovation already within; his attention to detail an openness of expression already active. Whether alone or with Friman by his side, matching every call with a response, he shows us that words once holding hands in circles now release their grip from ages past in favor of an unknown future.

Absalom my son,
would I had died for you;
I can live no longer
but descend into hell, weeping.