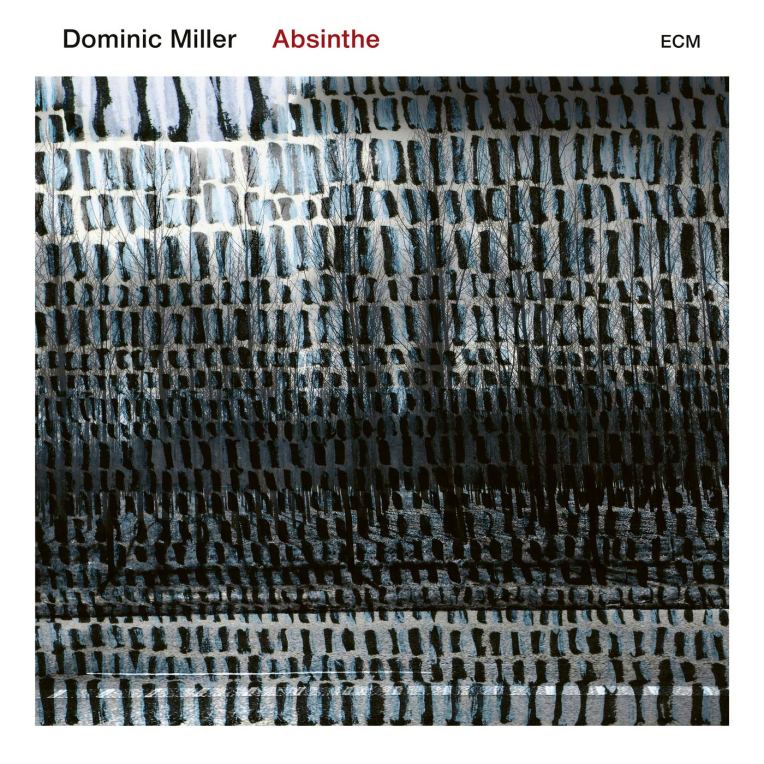 The title of Absinthe, Dominic Miller’s follow-up to his 2017 ECM debut, Silent Light, harks to the early French Impressionists, whose all-in dedication to art is a philosophical touchpoint for the guitarist. To carry on that spirit, he could hardly have asked for a more eclectic yet integrated band. Bandoneon player Santiago Arias brings a sense of cross-continental shift that makes the world just a little smaller; keyboardist Mike Lindup adds a sometimes-surreal vibe that’s equal parts cry from the past and message from the future; bassist Nicolas Fiszman is the soil to Miller’s sunlight; and drummer Manu Katché, a remarkable impressionist in his own right, is time incarnate.

With such a massive scale to be reckoned with in theory, one might expect the results to be overpowering, when in practice the melodic, harmonic, and rhythmic content is so evenly distributed between pans that by the end of each tune we’re left on an even keel from where we began. This is nowhere so true as on the opening title track, which spins a steady downtempo groove from the filaments of Miller’s solo introduction. The way his bandmates shuttle through the greater loom of the album’s concept is as intuitive as the compositions yearning for consummation. A certain feeling of inward travel continues in all that follows.

The quiet locomotion of “Mixed Blessing” and is as progressive as the tender “Christiana” is regressive, the geometrically inflected “Étude” as inviting as the open-ended charm of “Ombu,” the melancholy “Ténèbres” as dark as the transparent “Saint Vincent” is bright. The latter bears dedication to the late Cameroonian guitarist Vincent Nguini, a longtime collaborator with Paul Simon and something of a mentor for Miller.Even without such biographical details, these stories write themselves, unhidden, in real time. Binding their pages are shorter pieces, including the piano-rich “Verveine” and the haunting “La Petite Reine.” Into these we are afforded only fleeting glimpses, personal tesseracts whose potential for transfiguration can only be expressed in song.

All of which makes “Bicyle” quintessential in the present milieu. Its pedaling motion is more than a metaphor; it’s an actualization of life’s unstoppable flow. For there, woven between each spoke like a playing card, memories fade into new experiences, squinting into the glare of a setting sun as the world curls into slumber.