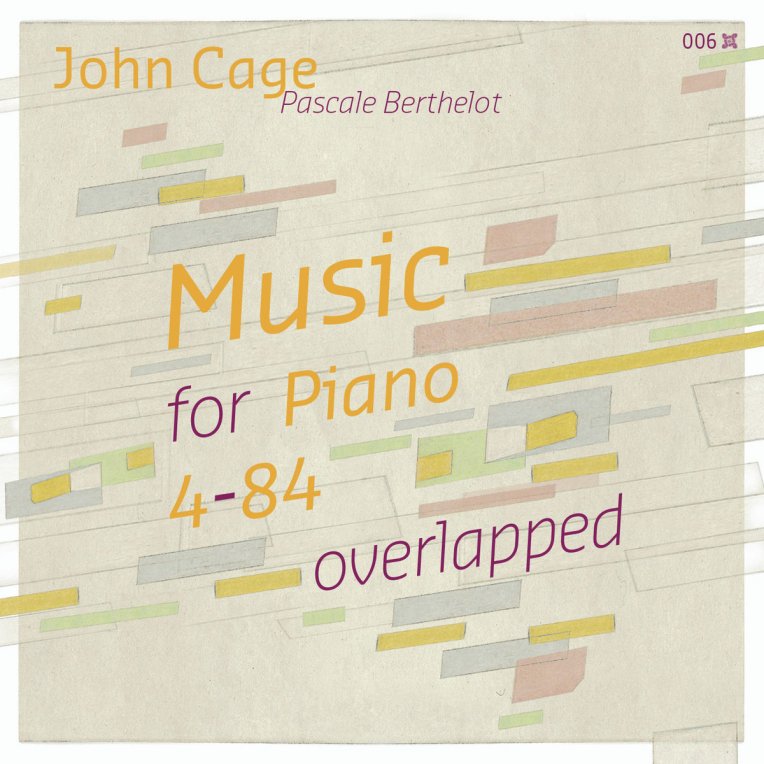 What if I ask thirty-two questions?
What if I stop asking now and then?
Will that make things clear?
Is communication something made clear?
What is communication?
–John Cage, “Communication”

In her third intersection with the CUICATL sublabel, pianist Pascale Berthelot offers something truly unique in John Cage’s Music for Piano. Composed between 1952 and 1962 through a series of chance operations, Music for Piano grew into a set of 85 pieces. Numbers 4-84 took on a life of their own as incidental soundtrack for dancer Merce Cunningham’s 1953 Solo Suite in Space and Time, and these are presented in an unprecedented way: superimposed and played as one. Because Music for Piano indeed plays with notions of space and time—stretching, deconstructing, unraveling them as quantum material—it makes an ideal sort of sense in this collective reiteration.

Suggestions in the score were yielded by natural imperfections in the paper, where Cage decided to make a mark, thus freeing something that might otherwise have remained locked away in its planar prison. This fundamental action—of treating something noticeable as a rupture into sound production—gave emptiness to substance and substance to emptiness. In so doing, he proved the fallacy of silence altogether.

Despite the overlap (if not also because of it), an intense subtlety prevails. And because the notation is already so bare, the result is far from chaotic. It is, rather, like gazing upon a starry sky and hearing it for the first time. The deeper one goes into Berthelot’s performance, the more the piano sheds its associations as a center-stage instrument. Rather, in being plucked, strummed, depressed, and knocked from the inside out, it opens itself like a dictionary. Flipping through it as one would spin a globe and land a finger for want of random travel, Berthelot links one word after another until vocabularies, sentences, and paragraphs emerge. In reading them back to us, he fixes a narrative as such and allows us to wield it as a text. The beauty of it all is that we may cut a piece from anywhere along its trajectory and roll it out into another story altogether.

This recording is a gift that keeps on giving. A must for admirers of Cage, and for anyone who believes that music is something that should feel you, not the other way around.