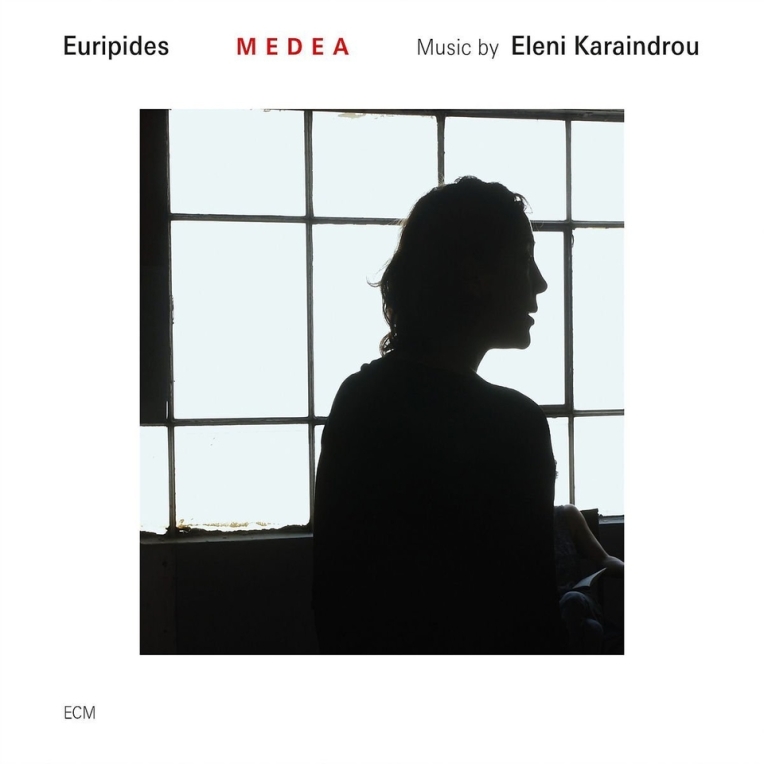 Backwards to their sources the sacred rivers return,
Justice and the whole world are born once again…

Medea is the powerful follow-up release to 2001’s Trojan Women, which similarly arose out of a collaboration between composer Eleni Karaindrou and stage director Antonis Antypas. Scored for an intimate ensemble of instruments and 15-voice choir of women’s voices, it also features the composer herself singing a maternal role. The text is an adaptation into modern Greek by Giorgos Cheimonas and begs reading along even for those already familiar with the Euripides play.

Perhaps more than any other Karaindrou album, Medea feels like one seamless piece, if only because the tragedy of its unfolding is present from the beginning. Such foreshadowing prepares us for the play’s infamous infanticide while also drawing a line of empathy toward its subject, so that we might better understand the motivations of her unthinkable sacrifice. Essences of that sacrifice flow through a recurring clarinet-flute arpeggio over a landscape of windblown grass and weeping horses. The beginning, “Voyage,” is the end, and we must go backward through time in order to find the seed from which has grown the hanging tree. And as we join the “Ceremonial Procession,” lead by bendir (frame drum) and santouri (hammered dulcimer), the Constantinople lute bends its strings along the pathway as if it were walking among us. Much of what we encounter thereafter is built on a bed woven of drone, bane, and gold. Over this landscape walk individual instruments, each with a story to tell. Whether in the cello of “On The Way To Exile” and “An Unbearable Song” or the forlorn ney of “Loss,” in the turmoil-laden santouri of “A Sinister Decision” or Karaindrou’s own voice in two iterations of “Medea’s Lament,” a wick of heartbreak burns the candle of Medea’s story from both ends.

Gluing chapters together are the five choruses. With titles such as “Do not Kill Your Children” and “Silence,” their transformation from admonishment to resignation clearly mirrors Medea’s own. The rhythmic undercurrents of these portions speak like a genetic revival, a calling of cells from within, an audible manifestation of the otherwise unknowable forces that drive souls into ruin and resurrection in kind. In these choruses, too, is the hub of Medea’s emotional circuitry, which through misted curtains guides the eyelids into closure with the strangely steady hands of grief.

Minimal in form yet epic in scope, as Karaindrou at her finest always is, Medea can only be a skeleton of itself, for bones are all we are left with by tale’s end. And while one may certainly listen to it for the music alone, even without knowledge of its storyline the feeling of remorse is overwhelming. This is music that asks us not to mourn, but to realize that the thirst of mourning is better slaked by drinking from the fountain of love, not power.