Since making his ECM leader debut with 2013’s City of Broken Dreams, Italian pianist Giovanni Guidi has paved a new path with every release. For Ida Lupino, he convenes Enrico Rava bandmate and virtuoso trombone player Gianluca Petrella, clarinetist Louis Sclavis, and drummer Gerald Cleaver for a set built almost entirely on improvisation. Two exceptions are the album’s eponymous tune by Carla Bley, which here receives an ode-like treatment in celebration of its composer’s 80th birthday, and “Per I Morti Di Reggio Emilia,” a song written by Fausto Amodei in memory of demonstrators who fell victim to police violence on July 7, 1960. The latter’s guttural trombone and persistent cymbals rekindle those political fires as warmth against the frigid climate in which we now find ourselves.

At the heart of this session are Guidi and Petrella, who among the quartet share the longest working relationship. Their spotlight shines brightest in “Gato!” This nearly 10-minute narrative reveals itself one sentence at a time, toeing a line drawn by cymbals with dialogic abandon, before ending in a lullaby of piano. This same combination begins the album in “What We Talk About When We Talk About Love” and ends it in the tactile stumble of “The Gam Scorpions.” Notable for its subtle shadings is “Hard Walk,” throughout which Petrella focuses on breathing over notecraft as primary method of communication. He and Guidi row their most fascinating waters, however, in “Fidel Slow” and “Zweig.” These distinctly three-dimensional duets write their own dictionary as they go.

Sclavis’s reed work, as always, abounds with invention. Whether roaming the desert of “Just Tell Me Who It Was” with plenty of groovy water to spare or exchanging bon mots with Petrella in the witty “Jeronimo,” he treats virtuosity like breathing. Further highlights include the fibrillated “No More Calypso?” and “Things We Never Planned.” The latter might as well have been the title track, showcasing as it does the band’s willingness to go wherever the music leads. Guided by intuition alone, they make no effort to understand anything but the moment, eschewing concrete rhythms for liquid assets.

An altogether worthwhile peek into minds that always seem to be expanding into the next motif before the current one is finished.

ECM has always been a label of surprises. Every now and then, however, it reaches beyond the unexpected into something eternal. Such is the feeling of Giovanni Guidi’s Avec le temps, an album so meticulous in its attention to detail, form, and formlessness that it feels inevitable. It’s one of those dates that reveals new layers with every iteration, and in doing so proves those layers to have been always with us.

The title track is a chanson by Monaco-born Léo Ferré. As the only of the set not written by Guidi, it reflects the bandleader’s equal passions for lyricism and spontaneous invention while introducing a core trio with bassist Thomas Morgan and drummer João Lobo. Stripped of its poetry yet replaced with a wordless other, it travels like a caterpillar born to sing this one song before it chrysalizes into something winged.

“15th of August” introduces the full quintet with which the session is concerned, treating tenor saxophonist Francesco Bearzatti and guitarist Roberto Cecchetto as necessary organs in a maturing body. As such, their spirit of unity finds clearest expression in the relatively straightforward “No Taxi.” That said, the untethered “Johnny the Liar”  and “Postludium and a Kiss” are no strangers to continuity of purpose. Throughout the latter piece, Bearzatti lurks in the creaking of an emotional door before soaring as a guardian bird overhead to gather melodic rainfall in his bell.

Morgan, as can be expected, is just so present. He daubs only where paint is needed, applying memorable arco strokes in “Caino.” This tune is moreover a prime showcase for Guidi’s boundless imagination, cascading in the final stretch with all the beauty and pain of a world drowning in divided color schemes.

“Ti Stimo” highlights guitarist Roberto Cecchetto ability to lay down a melody that resounds even when not being played, while “Tomasz” (written in memory of trumpeter and ECM stalwart Tomasz Stanko) concludes in earnest farewell. One of the most exquisite creations to grace these years in recent memory, it prays in circles until it cuts a hole in the ground large enough to fall through in search of those who have left us.

Despite the album’s title—which translates in English to “It may take time”—it takes no time at all to catch on to the beauty of what’s going on here. This will surely go down as one of the ECM’s finest of the decade. Timely and timeless. 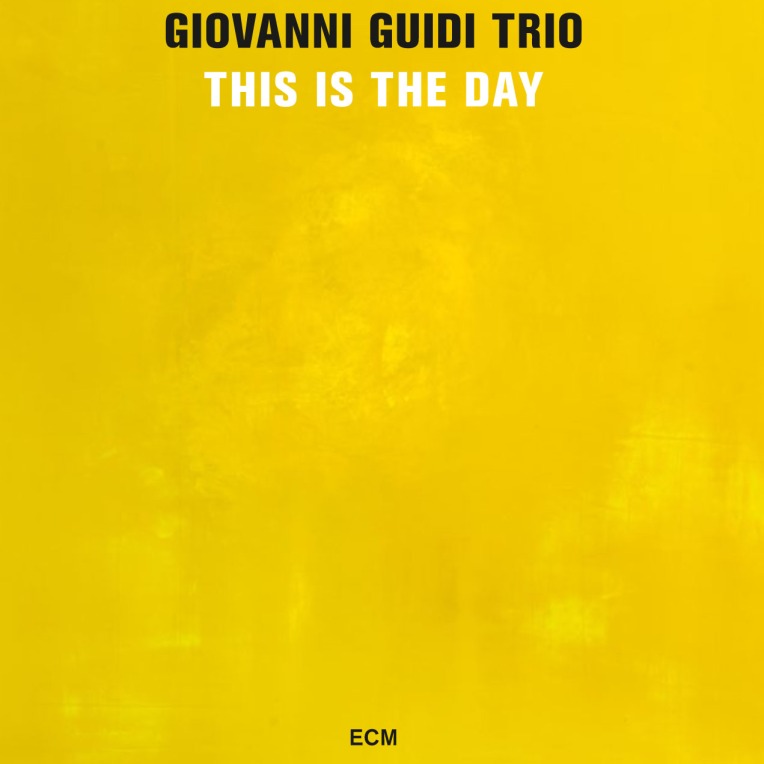 Giovanni Guidi Trio
This Is The Day

When Italian pianist Giovanni Guidi, American bassist Thomas Morgan, and Portuguese drummer João Lobo made their ECM debut as a trio with City of Broken Dreams, they quietly shrugged off the trend of splash-making entrances. What they produced instead nearly took me aback with a lyricism not heard, I dare say, since Paul Motian at the peak of his invention. The style was, at the same time, very much its own and begged many contemplative returns to understand the breadth of its purview. Now, on This Is The Day, Guidi and his cohorts again tend a field of largely original soil, leaving twelve meticulously tilled rows for a harvest of 74 glorious minutes. 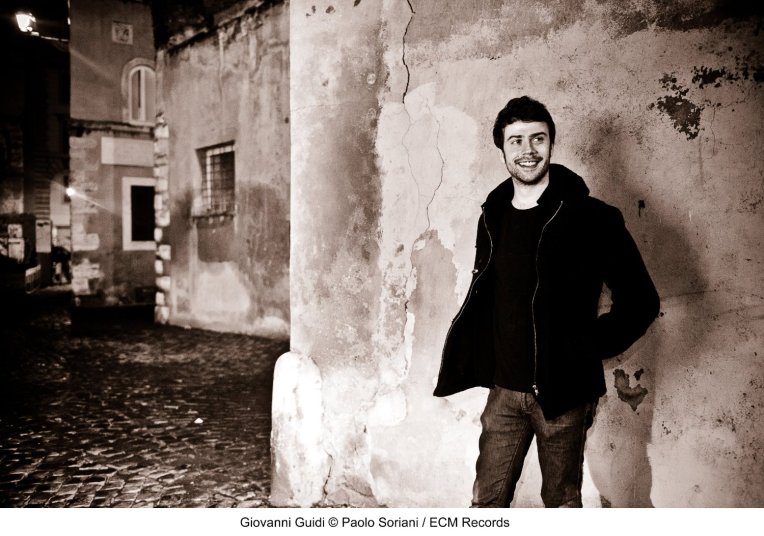 The aching lyricism of “Trilly” (including its later variation) hits the chest in slow motion. Guidi’s pianism is assuredly delicate from the start: every note knows its place. And yet, while his craft may be the heart of everything, its beats are nothing without mind and body, and these his rhythm section most healthily provides. Be it through Lobo’s thoughtful traction in “Carried Away” or Morgan’s lucidity of expression in “Game Of Silence,” they further the trio’s mission of lifting every rock in places torn to their foundations by strife, salvaging whatever melodic material they can in the hopes of reuniting it with the original owners. Whereas in the first album there was little time for rebuilding, here the band is constantly separating and fitting architectural elements together. Through intensive understatement, each member’s contributions are translucent enough to let the others show through.

Also showing through are the band’s heightened powers of illustration. The plucked piano strings and pointillist accompaniment thereof are only the beginning of “The Cobweb,” which builds to an almost frantic density. Despite its brevity and abstraction (most of the surrounding tracks are melodic and of sizable duration), it holds a wealth of information and, like a web, trembles at even the most peripheral movement. This, along with the rubato poetics of “The Debate” and the sporadic “Migration,” comprise the freest portions of the set. Guidi makes it all sound effortless by never giving in to the drama of verticality. Even the cosmically good melodizing of “Where They’d Lived,” the album’s master ballad, rests on a hammock between skyscrapers, so content in the danger that it wears fear like a blanket. Behind closed eyes, Guidi’s dreams sound like “The Night It Rained Forever,” a boat ride through drone and mist that resolves into shores both empty and alive.

Only three tracks bear non-leader credit. Lobo’s “Baiiia” is a nuanced construction of cymbals and drums, of which tracings from piano and bass build to a tidal finish, while the standards “Quizas Quizas Quizas” (penned by Cuban songwriter Osvaldo Farrés and made famous by Nat King Cole) and “I’m Through With Love” recall Tord Gustavsen’s likeminded trio in its finest hour. As songs without words, they have so much more to say than with. At their departure, the currents of a thousand rivers converge into one, sending us on our way toward the hope of a thousand more.

A modern classic before a single note was laid down.

(To hear samples of This Is The Day, you may watch the EPK above or click here.)