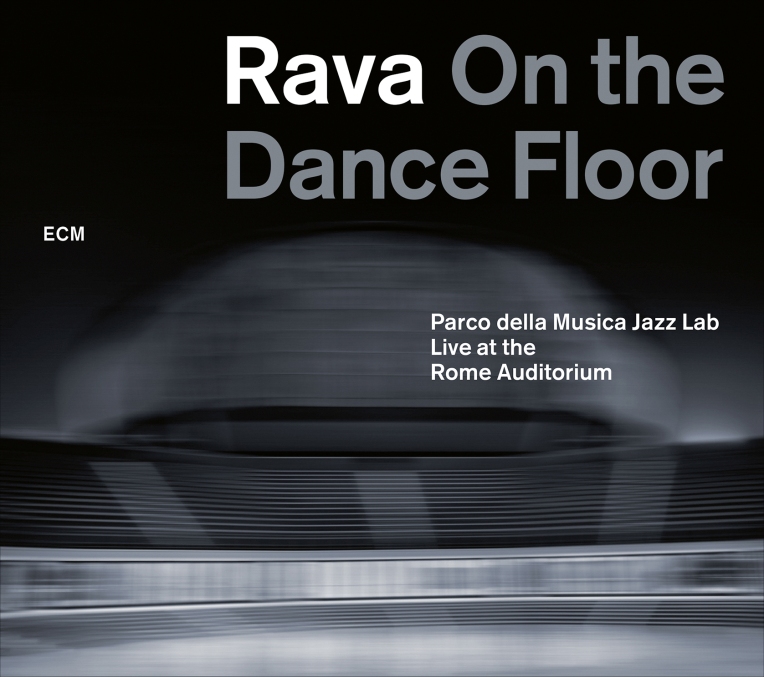 The story of On the Dance Floor is destined to be a highlight of ECM apocrypha. Following the extensive media coverage of Michael Jackson’s death in 2009, Enrico Rava immersed himself in the King of Pop’s unparalleled songbook. “It became clear to me that for years I had ignored one of the great protagonists of 20th-century music and dance,” says the Italian jazz trumpeter. “A total artist, a perfectionist, a genius.” Going against the grain of mainstream opinion, he discovered an affinity for the relatively recent albums, notably HIStory (1995) and Invincible (2001). All of which makes this set of whimsical arrangements by Mauro Ottolini that much more heartfelt for being rough around the edges and, at times, obscurely chosen. Gone are the autotuned drones of studio-only memorials. In their place is an incendiary performance, recorded live at Rome’s Auditorium Parco della Musica, from which Rava’s backing band gets its name. And in this respect we have something more than a tribute. Indeed, it is a cannonball dive into the popular pool. 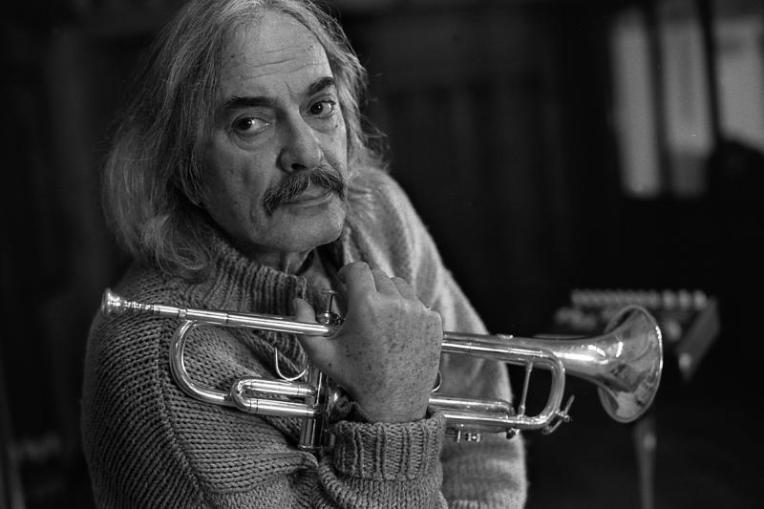 “I felt the necessity to delve deeper into Jackson’s music
by adding something of myself to it.”

There is a telling sequence in Spike Lee’s 2012 documentary, Bad 25, during which one interviewee after another is moved to wordless tears when asked about MJ’s sudden passing. It is this poignancy, this inability to express an overwhelming sadness, that keys us into the importance of one man’s contributions to musical art. In light of this, what better way to begin the Rava program than with “Speechless”? The almost funereal piano intro would seem to indicate as much and gives us some moments to reflect on the legacy we are about to encounter, albeit in big band form. Somber horns weave a floating pyre, from which Rava sounds his dedication, accompanied only by harp before Dario Deidda’s bass draws a pliant line of tenderness. Gorgeous, breathy alto work from Daniele Tittarelli forms the lifeblood of a song that in its original form begins and ends with MJ alone:

Your love is magical, that’s how I feel
But I have not the words here to explain
Gone is the grace for expressions of passion
But there are worlds and worlds of ways to explain

Ottolini’s present version dutifully preserves these bookends, only now as a web of brass. This is followed by a sparkling rendition of “They Don’t Care About Us” (also off HIStory), which begins like an Art Ensemble of Chicago excursion before sliding into the Double Dutch chants that so distinctly mark the original. It brings a range of sounds to fruition, from an airy, orchestral sensibility via synth strings (which allude briefly to “Who Is It” from 1991’s Dangerous, otherwise unrepresented) to Dan Kinzelman’s spate of enraptured tenor discourse, and all of it threaded by Rava’s triumphant charge in a steep of delightful Reggae flavor.

From an icily evocative opening, “Privacy” (Invincible) launches into a potent chord progression that recalls Nine Inch Nails’ “Closer” and flows with a swanky grittiness around a thread of electric guitar. The latter provides pulse and vocality to “Blood On The Dance Floor,” from the eponymous 1997 remix album. Yet here is where the project begins to reveal its true character in the lightness of approach, which at moments detracts from the feelings with which seasoned fans will be readily familiar. The rather straight-laced syncopations also eject a few nuances from the original song. Another curious thing happens with “Little Susie,” which, to one who doesn’t know the original, might seem a slow but nevertheless swinging tune, all the while missing out on both its lyrical power and controversial artist Gottfried Helnwein’s accompanying image in the HIStory CD booklet:

Hints of this tragedy remain in the music box intro before giving way to Rava’s caramel tone, which unleashes washes of sepia and bleeding watercolor. Despite the gothic waltz-like qualities and sensitive subject matter, it breathes here with a far more positive life. Its pairing with “Blood On The Dance Floor” is a clever one, for both feature a Susie as protagonist. In one, she is victim; in the other, she is predator. The obligatory nod to “Thriller” suffers from a similar lack of context, while also acting as a prime vehicle for Rava’s superbly considered acrobatics. The fluidity of his virtuosity—at age 72, no less—is a wonder to behold, as is the trombone solo from the arranger himself. And one can’t help but revel in the free-for-all that erupts before the fanfare.

A surprising turn comes in Deidda’s solo bass rendition of “I Just Can’t Stop Loving You.” This intimate yet playfully inflected look at a classic tune from 1987’s Bad is remarkable, if abbreviated (it elides the middle 8), and paves the on-ramp to a rollicking “Smooth Criminal.” As the song that finally won Rava over to the MJ ethos, it delivers vitality in the soloing, yet one is hard-pressed to explain the blatant note change in the chorus. “History” provides a fitting summation, leaving us with a pleasant aftertaste as we go our separate ways to the tune of Rava’s impassioned extroversion.

Nestled among all of these is his favorite: the Charlie Chaplin-esque “Smile,” which finds the trumpeter at peak soul. One can almost feel the grain of black and white, its old-time charm lifting from the screen in a nostalgic dance. This tune works best of all, if only because it and its source pay homage to something that is beyond them both.

Although I grew up with Thriller in my veins, I concede to Rava insofar as MJ’s later work is far better than it is often made out to be. That being said, it is difficult to oust Bad from the throne it occupies in my listening heart. For lifelong fans like myself, Rava’s redux requires a few spins in order to take the album on its own terms, if only because the originals are so ingrained into our very DNA through years, and countless more to come, of experiential listening. Here one must encounter them anew.

It’s easy for us to talk about artists who lived long ago as if they were somehow among us. And yet, how do we evoke an artist whose absence is still fresh, whose life and work continues to intersect with so many millions of others? With all the MJ tribute albums already out there and those sure to come, drawing compilations of his preexisting or unfinished work, this one takes a newfound love for what drove him and turns it into something passionate and fun.

In the end, On the Dance Floor lacks the voice. By this I mean not only MJ’s phenomenal pipes, but also the words behind them. What distinguishes his later work is its mounting critique against an unforgiving media that searched for every possible opportunity to lambaste one of the most important artists of our time, as well as a more daring interest and insight into the darker corners of the human psyche (“Little Susie” being a prime example). By the same token, in spite of the many tributes which, ethically or not, have capitalized on his passing, here we have something joyous, uplifting, affirmative.

One can therefore see these as translations of a vibrant canon. Like translations, they are enjoyable enough on their own terms, yet how fortunate that the originals are accessible beyond all language barriers, for MJ will forever be a language unto himself.

(To hear samples of On the Dance Floor, click here.) 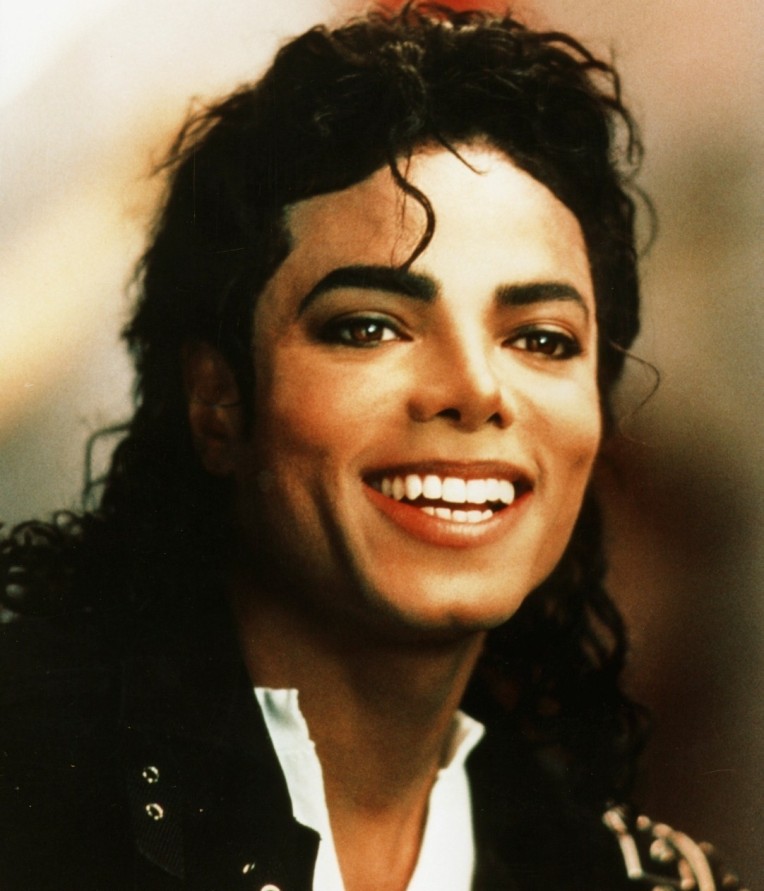