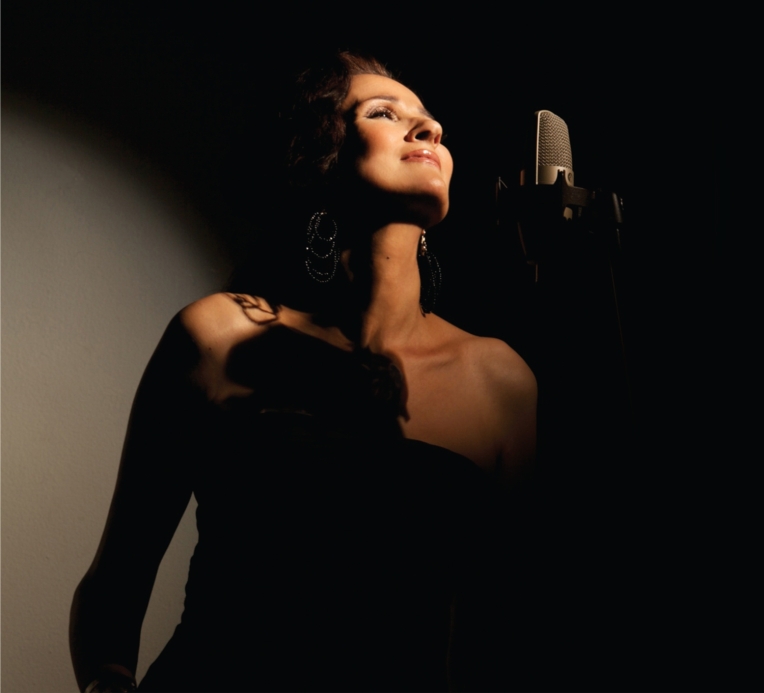 (This and Beyond The Blue cover photo by Joseph Boggess)

When Tessa sings
She dusts off her rings
Her baubles, bangles and beads
She takes to the stage
Irrespective of age
And emotes as if something she needs

All too often we throw jazz and classical music into opposite ends of a proverbial ring. In most circles the latter wins out, if only by the brute strength of its history. While time cannot be the sole criterion when evaluating the worth and self-sufficiency of any genre, it would seem to be primary in our hypothetical referee’s mind. Where does this referee come from? Do the black and white jail bars of his uniform manifest an equally divided worldview? Can anything in the audible universe really be so simple? We can thank the stars above that artists like Tessa Souter, whose voice blushes with an acceptance of life for what it may ever bring, are showing us just how limiting our quarantining of genres can be. For when those first strains of “The Lamp Is Low”—off her latest, Beyond The Blue—catch our cochlea unawares, we recognize the permeability between them, as if the most natural cross-fertilization in all of music. Set to Ravel’s Pavane For A Dead Princess, the song sashays into the night, flitting like the shadow of a hopeful sigh from behind a veil of melancholy. Only in that loneliness can we know the timeless truth of the singer as an artist in reverse, one who hands us the paints with which to render our appreciation visible. 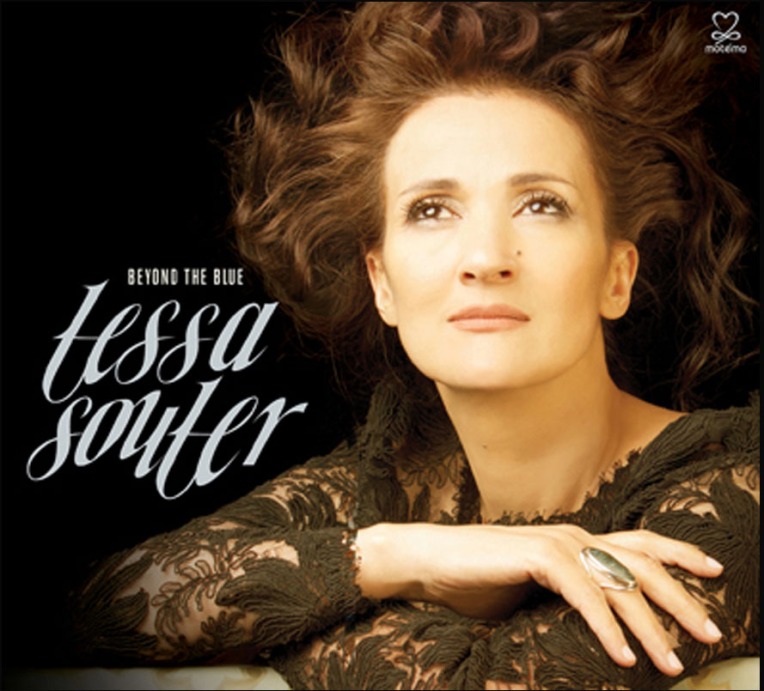 Bridging this chasm of reflection from one end to the other is a personality that never falters in Beyond’s 12-song session, nine of which place Souter’s original lyrics alongside the tried and true. Each track takes a classical melody as its wings and cocoons at their center a body of stellar musicians: Steve Kuhn on piano, David Finck on bass, Billy Drummond on drums, Joe Locke on vibraphone, Gary Versace on accordion, and Joel Frahm on saxophones. With such a finely attuned thorax in the pilot’s chair, Souter’s luxuriance can catch those winds from long ago and flap them afresh like spring. Between the early light of “Prelude To The Sun” (a luscious reimagining of the second movement from Beethoven’s 7th) and the glistening bossa inflections of “Brand New Day” (based on Fauré’s op. 24 Elegy) Souter charts a journey of great emotional distances, all the while drawing a circle private enough to conceal in a teardrop.

What with Kuhn’s enchantment and Frahm’s mellifluous commentary, there’s plenty to love when that unmistakable voice (but never its spell) recedes. Potentially hackneyed motives can be nothing less than clay in such capable hands. “Chiaroscuro,” for one, pours Albinoni’s diluted Adagio into a mold of midnight and cracks open from it something bright and fair. Neither is the group afraid to call upon Debussy (“My Reverie”), Brahms (“Sunrise”), Schubert (“Noa’s Dream”), and even Rodrigo (“En Aranjuez Con Tu Amor,” throughout which Locke wavers like moonlit waters). And then there’s “Dance With Me,” which through the lens of Borodin’s Polovetsian Dances tells the story of a reluctant partner whose movements of the heart, while enough for the limbo of passion that scuffs the floors of a shared life, find themselves faltering endearingly in reality. That sense of closeness and twirl finds clearest life in Versace’s solo, a highlight among a string of fine contenders. Souter makes sure to include the delightful “Baubles, Bangles And Beads” (based on the second movement of Borodin’s String Quartet in D) in deference to past classical-jazz crossovers. Drummond and Finck make for an exquisite rhythm section here. The title track emerges from the dark, cold, and starless sky of Chopin’s e-minor Prelude (op. 28, no. 4) holding galactic light to its bosom and wishing upon itself as it streaks into a sleeping child’s heart. Souter adopts a sparse approach to these songs, bookending shelves of thoughtful improvisation with her gliding ways. Her sources imbue the results with something aged, so that even when we think we’ve never heard them before, their contours are undeniably familiar, the sentiments to which they conform and respond even more so.

“Safe as milk” is how Souter, in a nod to Captain Beefheart, characterizes performing with her new bandmates for two live sets at this year’s Rochester Jazz Fest. Joined by guitarist Tom Guarna, bassist Sean Smith, and drummer Willard Dyson, Souter and company astonished those lucky enough to squeeze into the small venue from a line that trailed for blocks out the doors. They won us over from note one with the classic “Make This City Ours Tonight” (off Souter’s third album, Obsession), jumping right into the deep end as if the music couldn’t wait to sustain her. 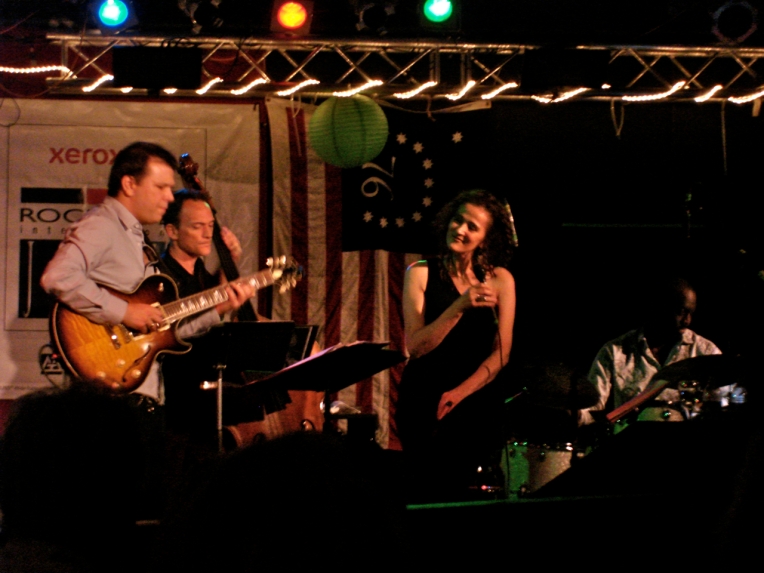 Both sets featured a hefty selection of new tunes, “The Lamp Is Low” being a reigning favorite. In addition to the attractive rhythm support, it cinched the talents of Guarna, a musician’s musician whose skills had everyone in awe whenever he took a solo. In combination with Souter’s own brand of liquid mercury, the group’s full sound shaped the air, circulating like breath itself. This feeling of respiration pervaded the surf guitar vibe of “Prelude To The Sun” and further the smooth lines of “I’m Glad There Is You,” during which Souter pointed appreciatively to her bandmates as she sang the words “extraordinary people.” Guarna alone joined Souter in celebrating Burt Bacharach with a sweet rendition of “The Look Of Love,” the first of the evening’s dedications, which also included “Brand New Day,” written for Japan’s tsunami victims and featuring Guarna’s most stellar turn of the show. 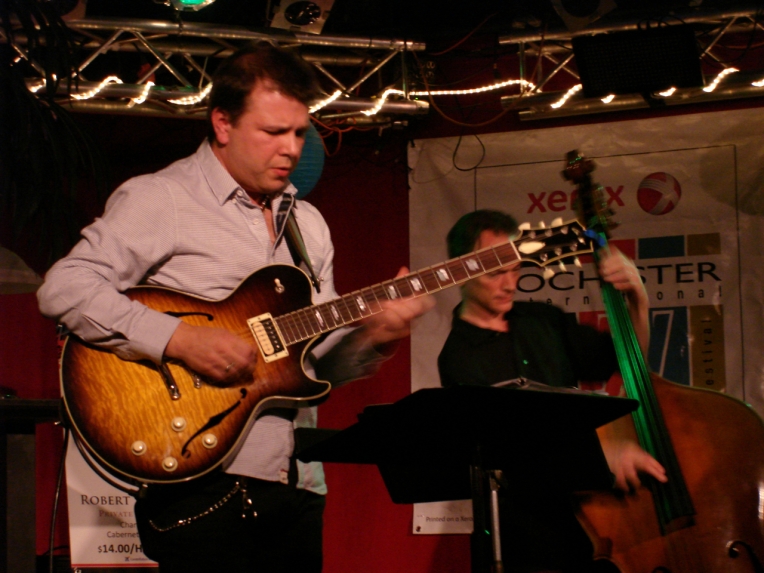 Not to be overshadowed, Smith grabbed some spotlight in his heartfelt contributions to “Baubles, Bangles And Beads” and “Chiaroscuro,” while the ever-patient Dyson brought much to “Beyond The Blue,” “En Aranjuez Con Tu Amor,” and “You Don’t Have To Believe” with a caravan of sandy textures and shakers. Dyson also unleashed a memorable statement in “Alone Together.” Candy for the ears. 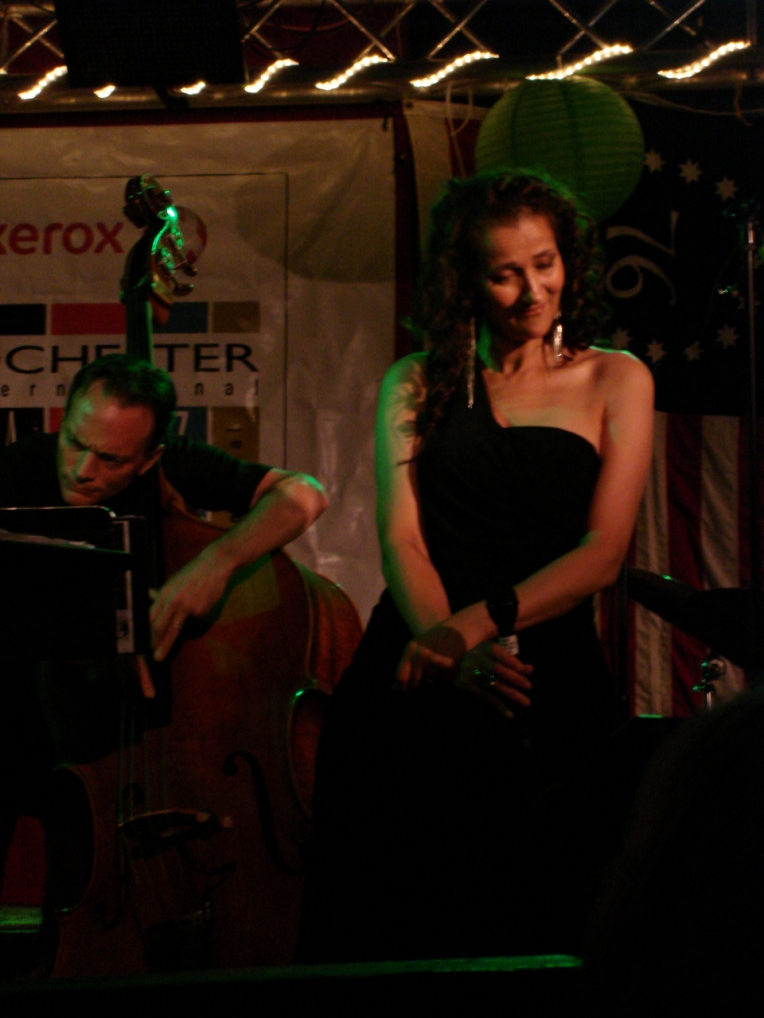 During an informal sit-down the morning after the Rochester sets, which came hot on the heels of a Blue Note Jazz Club album launch party and sold-out Russian tour, I asked Souter whether or not she has noticed a difference in audience reception across places and cultures. “The Russian people seemed to be very emotional,” she told me,

so afterwards you got a lot of people coming backstage in tears, because their emotions were so close you could practically see them through their skin. Perhaps it’s because they’ve had such a traumatic history that’s quite recent. I’d say for me—and I haven’t been to a huge amount of places—everywhere’s the same and different. Music seems to be very universal and audiences are very universal.

With this in mind, I couldn’t help but comment on the confidence she exudes on stage, seemingly internalized to the point of becoming second nature:

For me it’s all about being in the moment. When I walked into the room [in Rochester] I nearly burst into tears, because I could feel the expectant vibe. I was right on the edge. It’s overwhelming. I get subsumed, I don’t even exist. Confidence is important. It gets you past being self-conscious. For example, the first time I saw Billy Elliot I thought it was a nice movie. But then I watched it after I’d become a performer and it was an entirely new experience. There’s a moment when the boy is being interviewed for the ballet school. One of those posh guys says, “Why do you want to be a dancer?” and he says, “Because when I’m dancing I disappear,” and I thought, yes, that’s exactly what happens. So what you’re seeing is not just me, it’s us.

Does this affect how you sing the “sad” songs?

There’s always an element of sadness in a love song, even a happy love song, because one day it’s going to end, if only when death do us part. Somehow, you have that realization. I was thinking: Why do people always love the sad songs? Are they unhappy? But I realized because it’s sort of real, that even when you are happy there is a poignancy to how lucky we are.

Maybe it’s just part and parcel of the form, but it seems that in jazz people are constantly reconfiguring themselves in relation to others. One year you may be playing with a completely different band from the last.

One thing about jazz is that it’s just so free. Because each person brings a unique personality to the bandstand, it means that every time you play the same music with someone different, it’s a completely new experience. Like the band last night. It’s new for me. Tom had to remind me it was only our third gig together, but I’m blown away by what they all do.

Judging by audience reactions, she wasn’t the only one. This assured quartet set Rochester’s happening east end abuzz with adoration for a voice that needs no spoonful of sugar to make its medicine go down. As my wife and I left the venue I couldn’t help but smile, because, knowing that we’d be in attendance, Souter had been gracious enough to dedicate “Little Sunflower” to us and to the baby boy due to change our lives come the first week of September. And in the end, the creation of life is what her singing is all about. 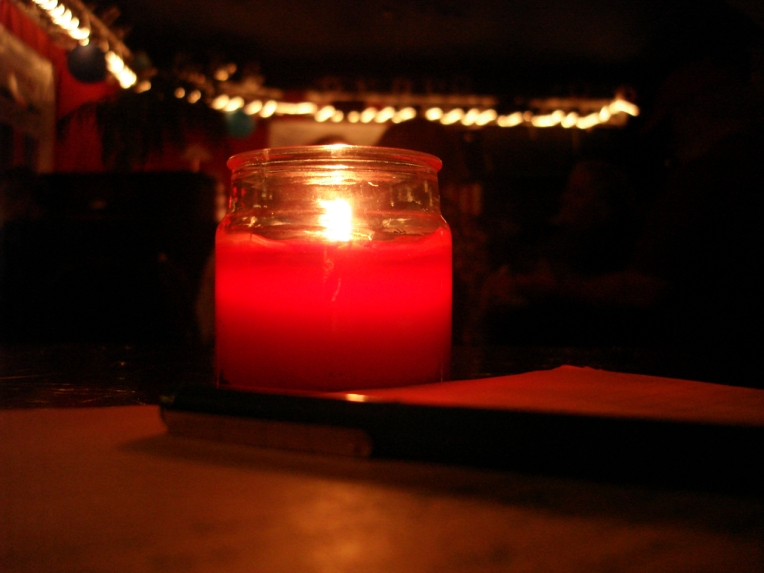