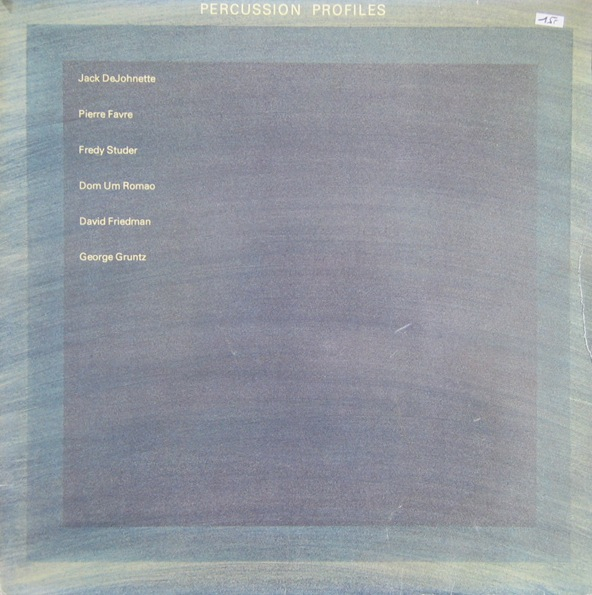 Late Swiss composer, multi-instrumentalist, and artistic director George Gruntz (1932-2013) left behind a long and fruitful trail, one that intersected with ECM twice: once for the label proper as Theatre and before that for JAPO in the form of Percussion Profiles. The eminently influential Gruntz assembles here a veritable Who’s Who of the rhythmic circuit at the time of its recording (1977): namely, Jack DeJohnette, Pierre Favre, Fredy Studer, Dom Um Romão, David Friedman, and Gruntz in the architect’s chair on synths and keyboards. The project speaks less to Gruntz’s big band experiments than it does to his classical roots. Dedicated to Paiste brothers Robert (who also produces) and Toomas, the piece is a bona fide percussion concerto that approaches its performers as equal elements in a larger chemistry.

The piece is divided into six Movements, each illuminating a facet of the whole. Movement 1 introduces the pleasant blending of registers—from twinkles to full-throated calls—that defines the album’s broad trajectory. Like the sun on a cloudy day, its light shines variedly: sometimes in floods, sometimes in winks and flashes, but always with a clear conscience. There is a sensitivity of expression here that tells the stories of chamber music in the language of the Serengeti. Movements 2 through 4 bring out a veritable bouquet of fragrances: briny ocean (laced with intimations of birdsong and splashes of electronic marginalia), undercurrents of metal and oil, and resonant drones share a path toward the masterful “Movement 5.” This last opens in a vocal flower, which cups in its petals a sparkling array of notions and potions. The histrionic ways of this piece make it a beguiling standout, akin to Marion Brown’s Afternoon Of A Georgia Faun. Here is where the visuality of his medium is most apparent. If this record is a house, this movement enacts a thorough cleaning of its basement. Rusted tools and unused others share conversations of things past. Stuck between the water-damaged photographs and listless rodents are fortuitous becomings, blips and dots and dashes, sputtering pipes and creaking infrastructure. These are the feelings within, the memories of which “Movement 6” is a snare-inflected shadow, a spacy ride through keyboard textures and xylophoned exeunt.

Those who admire the work of Edgard Varèse will find much to sink their teeth into in Percussion Profiles, which begs repeated, unaccompanied listening, if only for its level of detail. A memorable rung on the JAPO ladder, and worth the climb to get there. 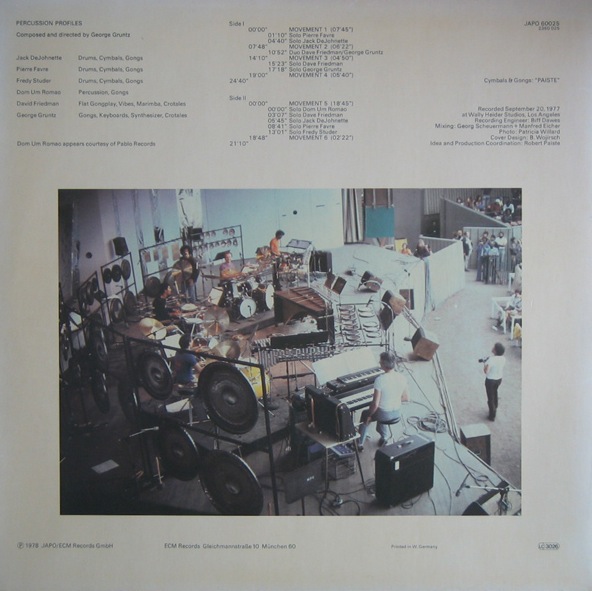