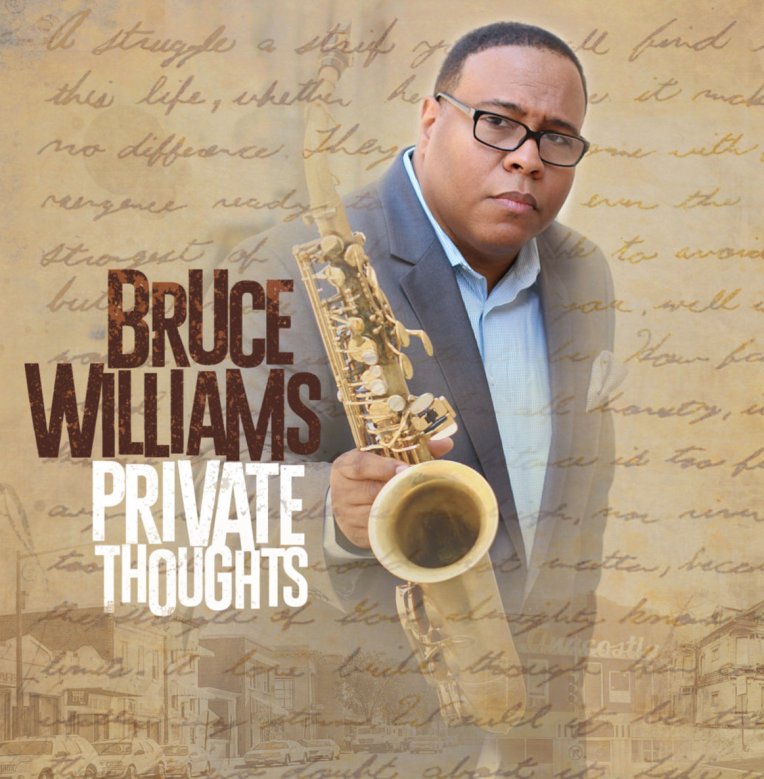 Bruce Williams isn’t afraid to loosen his seams and let rawness seep through, and nowhere is this so true as on the alto saxophonist’s fourth album. In the opening punctuations of “Mata Leon,” the organic nature of his compositional grammar is revealed, as are his interlocking relationships with a roving cast of bandmates, shuffled throughout to fit the needs of individual tunes. While the initial vibe is fragmentary and searching, the title track that follows has a brighter, classical energy actualizing the album’s core concept: squeezing hardship until essential oils of affirmation drip into the bell of his horn. Likewise in “Premonitions,” which, despite its airiness, speaks incisively through the leading voices. Williams on soprano and trumpeter Josh Evans spin webs of future possibility, only to sever them with ferocious retrospection.

Williams is unafraid to ask probing questions metaphorically, but also titularly in “Forever Asking Why?” Such is his quest for resignation by means of a tone so razor-edged that even in the most brooding passages, it cuts to the quick. “The Price We Pay for Peace” and “Last Visit in the Mirror” are further examples of this characteristic. The latter opens with a cultivated intro from pianist Brandon McCune, cushioning a soulful awakening from Williams. Here is the heart of this album—numerically, emotionally, spiritually.

The jauntier “Old Forester” levels darker weights on the fulcrum of trumpeter Freddie Hendrix. “The Void” unfolds in kind and finds Williams belting out his inner world as if it were an improvisational assembly line. Guitarist Brad Williams and core rhythm section of bassist Chris Berger and drummer Vincent Ector are vivid comforts, as are the meatier “I Still Carry On” and “View through a Sheet,” which balance straight-from-the-gut extemporizing and mystery before the smooth landing of “Past Tense.”

Though haunted by memories of a father who took his own life nearly 30 years ago, this is music of survival when all the heart wants to do is curl up in obscurity.

(This review originally appeared in the September 2017 issue of The New York City Jazz Record, a full PDF of which is available here.)