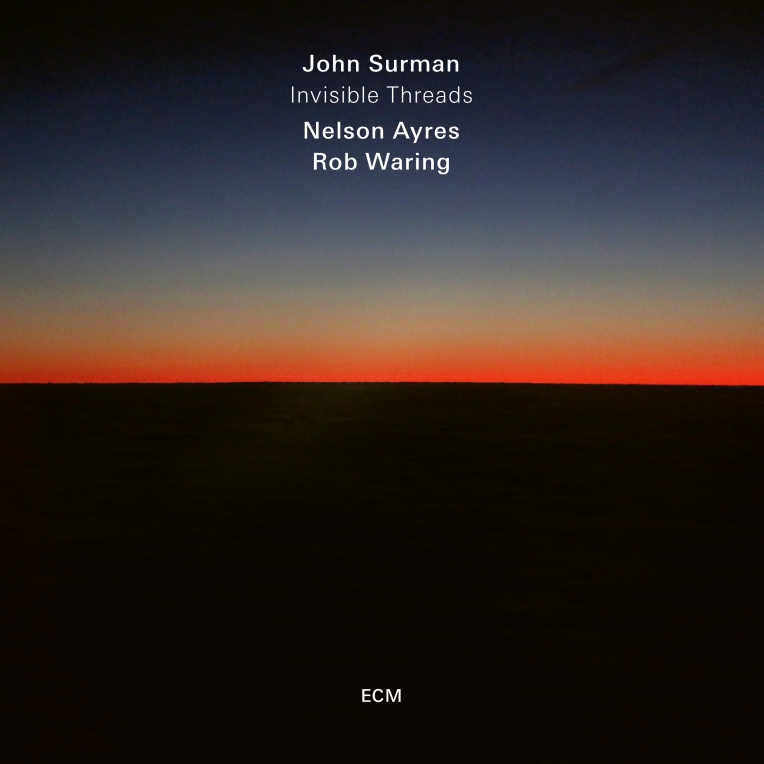 John Surman is one of those rare reed players whose tone is so recognizable that it contributes to an ever-expanding autobiography with every aural stroke. In this unusual new trio, he joins forces with pianist Nelson Ayres, who he met while recording in Brazil, and vibraphonist Rob Waring. The program consists largely of material written for this studio occasion, and by its dovetailed aesthetic renders one image after another of cinematic integrity. The most vivid tracks in this regard include “The Admiral” (a dream of maritime proportions), “Pitanga Pitomba” (the marimba of which reveals a Southeast Asian influence), and Ayres’s folky “Summer Song” (the only track on the ballot not written by Surman). The pianist adds even deeper grooves to “Autumn Nocturne,” a picturesque scene that glides easily into the soul. He dashes Latin flavor into the music’s broth, thereby encouraging a fragrant symbiosis of ingredients.

The interplay of the band is cosmic, as in the airy “Within The Clouds” and the more haunting “On Still Waters.” From the latter’s bowed vibraphone, Surman’s bass clarinet emerges as lava in search of a place to form an island, while the former spans the gamut from amphibian sermon to avian reverie and compresses the most beautiful parts of summer into five minutes of bliss. “At First Sight” is one among a handful of diurnal excursions in which Surman’s soprano cuts the air like a bird threading the needle of time. Both this and “Another Reflection” are built around the harmonies of “Byndweed,” an album highlight for the communion of Ayres and Waring, and Surman’s lilting poetry. His baritone (viz. “Concentric Circles”) flexes the broadest muscles of all and, not unlike “Stoke Damerel,” lushly reimagines memories of what came before.

As the album’s title implies, these threads may be invisible, but they’re nevertheless easy to detect in what amounts to one of Surman’s most vital sessions to date. Buy it now, and it will make up for whatever you spend on it a hundredfold in your first listen.