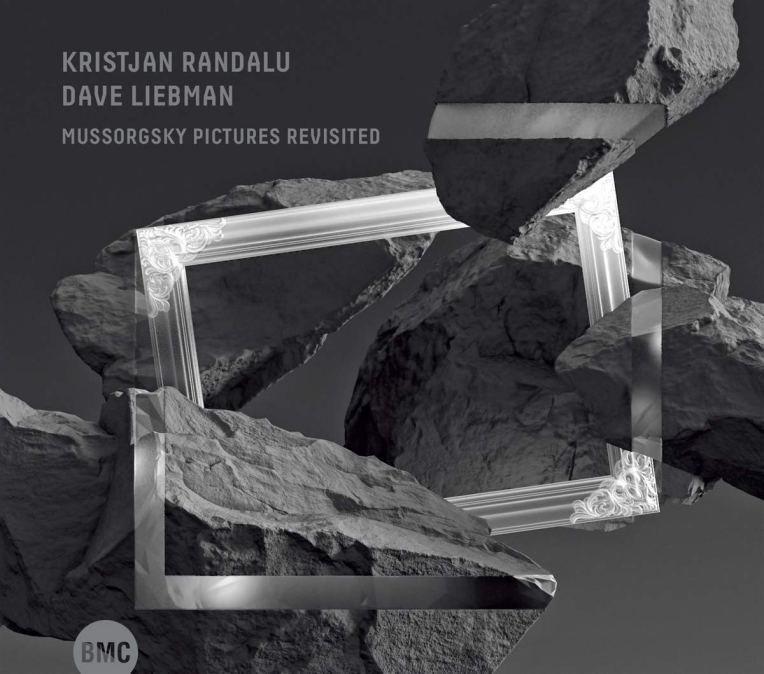 Although Russian composer Modest Mussorgsky (1839-81) is best remembered for Night on Bald Mountain and Pictures at an Exhibition, the latter has had the more interesting afterlife, inspiring arrangements from such wide-ranging artists as prog-rockers Emerson, Lake & Palmer, German metal band Mekong Delta and Japanese electronic pioneer Tomita. Yet this duo of soprano saxophonist Dave Liebman and pianist Kristjan Randalu presents more than a recasting of the Mussorgsky mold, instead a fresh landscape irrigated by channeling water from the source material. Case in point is the jaunting “Promenade,” which opens in straightforward territory but which in subsequent iterations (five in all) draws out hidden messages.

Liebman understands how to turn even the most familiar melodies inside out without losing their skin in the process. His tone is as flexible and colorful as ever, navigating every twist of “Les Tuileries” and “The Market” with characteristic attention to detail. The physicality of his artistry is most obvious in “Ballet of the Unhatched Chickens,” as also in his bluesy handling of “Samuel Goldenberg and Schmuyle,” the latter a veiled stand-alone among extroverted peers. Randalu, for his part, is as comfortable laying foundations as he is building on top of them. Whether orienting his compass to the lodestar of “Bydło” or jazzing up “Baba Yaga” with exuberance, he makes sure that every wisp of proverbial smoke fulfills its promise of fire. As a unit, he and Liebman find profoundest coherence in “Il Vecchio Castello,” of which they make an understated dirge.

And so, by the time we reach the farewell of “The Heroic Gate,” we are confident in having been somewhere. This is, of course, the whole point of Mussorgsky’s greatest hit: to place us in that gallery so that we may feel the colors of every scene as if they were our own.

(This review originally appeared in the April 2020 issue of The New York City Jazz Record, a full PDF of which is available here.)