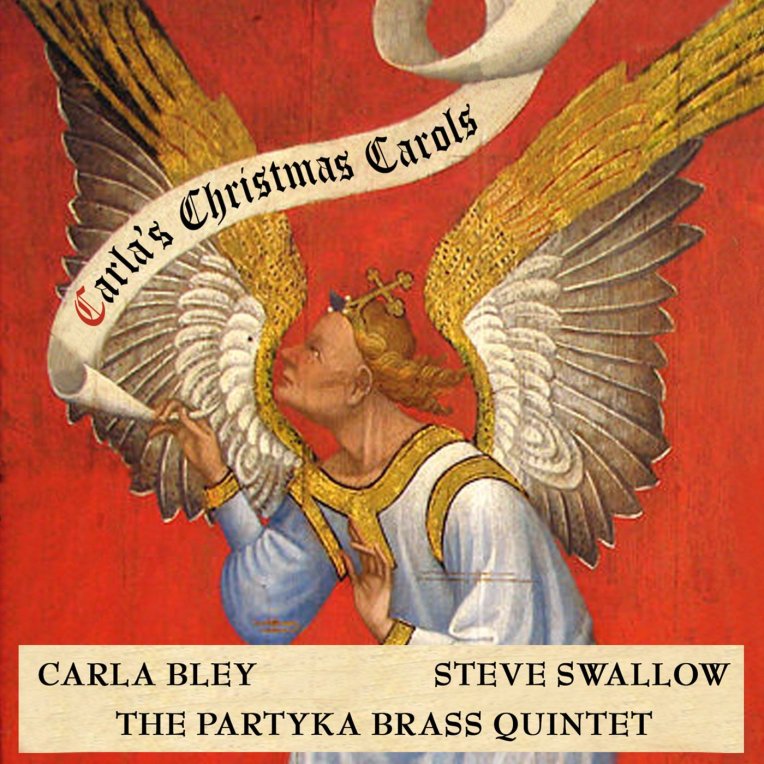 It seems altogether fitting, given Carla Bley’s religious jumping of ship, to come full circle in their biographical tendencies with this utterly reverent collection of well-known Christmas music. Joined by Steve Swallow and the Partyka Brass Quintet, Bley offers an album of original arrangements that speak to the heart of every song while drawing out something long-concealed by the artifice of commercialization.

The staples one would expect in such an assortment are all there. From the nostalgic uplift of “It Came Upon A Midnight Clear” and “Jingle Bells” to the sincere gratitude of “The Christmas Song,” there’s plenty of spice to mull your cider. More interesting, however, are the splashes of rum to spike your egg nog. These come in the form of Bley’s clever harmonization of “O Tannenbaum,” in the addition of celeste of “Away In A Manger,” and in the soulful trombone of Adrian Mears in “Ring Christmas Bells.” Like those pops of air from logs settling in a fireplace, such moments court our attention in unforeseen directions while abiding by the comforts of the familiar. Axel Schlosser in “God Rest Ye Merry Gentlemen” is another noteworthy soloist, by his flugelhorn lighting the set’s brightest candle.

Bley contributes two tunes of her own: the jauntier “Hell’s Bells” (replete with sarcastic allusion to “Santa Claus Is Coming To Town” and, of course, the sound of jingle bells) and the processional “Jesus Maria,” which Swallow reads prayerfully through the bass. Moreover, we get two bonuses—“O Holy Night” and “Joy To The World”—recorded live in Berlin during the tour from which the band broke to make this album. The end effect is of childhood unwrapped like a present beneath the tree.

And with that, we come to what is (as of this writing) our final stop on the WATT train. We’ve been through a lot together, in terms of space and time, traversing cultures and even galaxies as easily as opening our ears. But let us never downplay the unquantifiable amount of energy and sacrifice Carla Bley has given to the world of sound in order to refashion it in her own image.