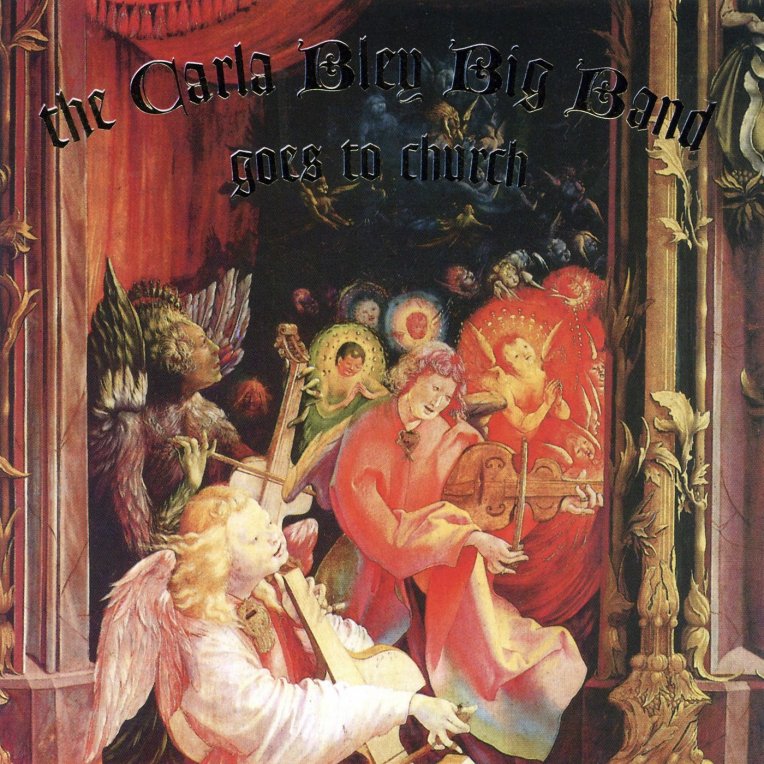 Recorded live in July of 1996 at Italy’s renowned Umbria Jazz Festival, Goes To Church pits the Carla Bley Big Band against its own reputation, only to exceed it. The title in this case is a reference to the venue in which it was performed and recorded—the Church of San Francesco al Prato—rather than to any spiritual agenda (Bley grew up in the church but left it behind at 15 when she fled home and landed in New York City to make history). This doesn’t, however, prevent any listener fortunate enough to sit in these pews from having a metaphysical experience.

“Setting Calvin’s Waltz” is a prime example of Bley’s mastery in a program consisting of nothing but. Commissioned by the Berlin Jazz Festival, the 24-minute extravaganza feels like walking through an apartment complex of episodic blocks, allowing glimpses into the everyday lives therein. A rocking introduction floats us on bluesy waters while Karen Mantler’s organ brings a gospel feel to the undertow. The tenor of Andy Sheppard awakens the surrounding horns from their catatonic state. From here, trumpeter Lew Soloff and trombonist Gary Valente take over in a more theatrical mode. Mantler gets the quietest of spotlights for her forlorn harmonica solo before opening the floor to Wolfgang Puschnig’s potent altoism. A likeminded reverence imbues the triptych that follows. Opening with Carl Ruggles’s “Exaltation” and flowing into Bley’s “Religious Experience” and “Major,” it lays a groundwork of horns as an excuse to riff on Handel’s “Hallelujah” chorus. Puschnig’s alto barrels through as Dennis Mackrel’s drumming crushes the devil’s adversaries on its way to upbeat salvation.

The set’s deepest enlightenment is embodied in the appropriately titled “One Way,” a hymn of burnished brass and patient world building that leaves one tenderly fulfilled. It shares oxygen with “Permanent Wave,” another unusual sequence of development, and feeds the “Beads” between them. The latter tune, commissioned by the Carnegie Hall Jazz Band, is smooth at the center yet frayed at the edges. Sheppard’s tenor is once again the star, paving the way for Soloff and Mackrel to strut their stuff. The benediction of “Who Will Rescue You?” leaps for joy as Puschnig goes for closing gold.