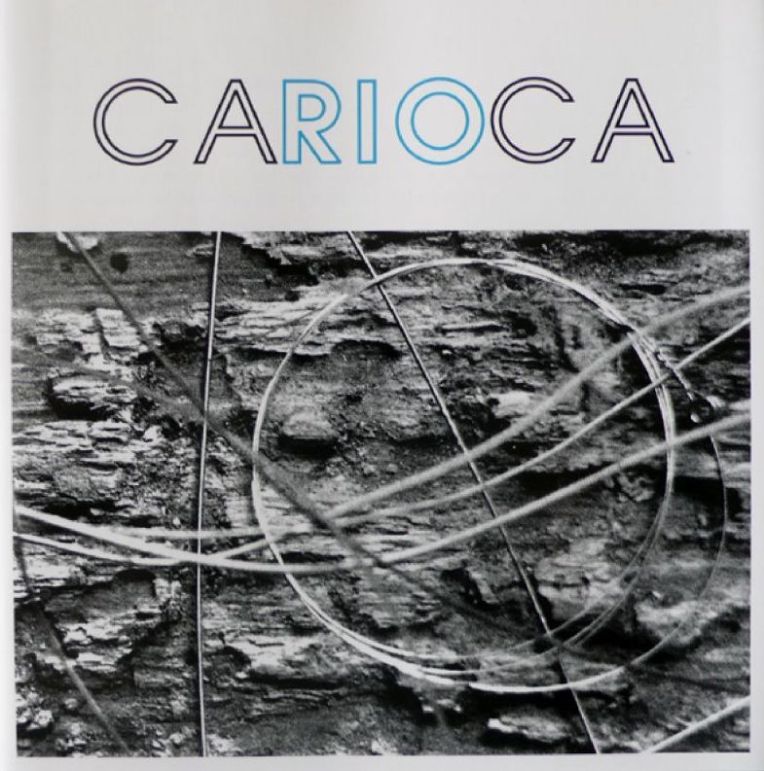 This far-reaching CARMO satellite—reissued on CD in 1993, nine years after its initial release—features the music of Ronaldo Leite de Freitas (a.k.a. CARIOCA). Because the comparison is too obvious not to make, let me say that devoted listeners of ECM’s multi-instrumental traveler Stephan Micus will feel right at home in CARIOCA’s continental drift. The album begins and ends with sitar. In “Revoada,” it clears the mist from the base of mountain where his wordless singing stands at a path of reason. By “Revoada Final” (for which he is joined Egberto Gismonti on flute), he has completed a circuit of that path like a chain link to the next. Before that, he runs through the brush of “Pitanga” (6-string acoustic guitar, kalimba and clay pot). As flowers tickle the very feet of the soul, he sheds every worldly thing that has a talon in him. Throughout the course of “Alvorada” (12-string acoustic guitar), he guides us along that same winding vein, which by virtue of its resonant grace unlocks the temple standing at its end. In the face of fluid action and percussive details, we understand that the architecture before us is a representation of our own bodies separated into base components and restructured as a place of worship.

Once inside, we hear the single melody of “Briza” (3-string mandolin), the first of many whose spirits linger in place of the bodies that once rendered themselves in real time. Only now they have stepped beyond the curled grip of chronology and learned to dance of their own volition, repeating like echoes of the past. “Branca” (8-string acoustic guitar) likewise, but now spinning the final rays of sunset into a blanket for our slumber. “Despertar” (10-string acoustic guitar) pulls us into a vision, wherein the body ceases to differentiate itself from its surroundings, and the heart is no longer an internal organ. As energy mounts, and our flight from waking grows desperate, we feel ourselves pulled back into reality by “Brilho” (10-string viola), only to find that the world itself has been reborn as a fragrant sparkle. Finally, in “Bemteví” (8-string acoustic guitar), we step back into home. Thus renewed, we see all that we might have lost and hold it close like a found child.