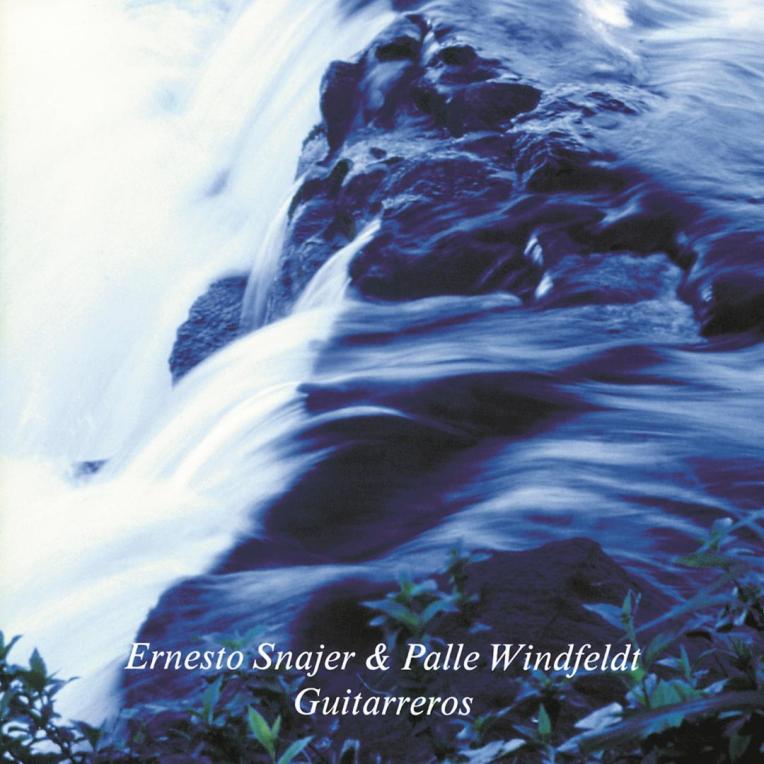 Guitarists Ernesto Snajer and Palle Windfeldt present their debut album as a duo. The title, Guitarreros, translates from the Spanish as “Guitar Makers,” and perhaps no more fitting a term could be used to describe them, as both build their repertoire in the most physical sense. Just as photographers must learn to think about light from the camera’s point of view, Snajer and Windfeldt think about music from the instrument’s point of view. Like the Delia Fischer album that preceded it in the CARMO sequence, its timeless qualities fit edge-to-edge into the Egberto Gismonti mosaic. Both guitarists clearly take inspiration from Brazilian master in their penchant for grace notes, fluttering finger work, and terrains footprinted by childhood.

Most of the composing credit goes to Snajer, whose brushstrokes, so to speak, leave circular patterns behind on their paths across each canvas. From the first blooms of “Algaby,” it’s clear that the travels we are about to embark on will be colorful and nostalgic. A quality bordering on effervescence, yet which keeps at least one root in the ground at all times, inspires a dance for the lost to follow under threat of silence. Tenderer climates await in “Éramos inocentes” (enhanced by a liquid metal 12-string), by which a dreamlike sensibility casts its spell. Snajer’s finest marriages of writing and performance are the skittering brilliance of “Qué hacé, pescau!!” and the folksier “Viento rojo.”

Windfeldt offers two originals of his own. “Abispa” is a Django Reinhardt-esque tune (and, in this regard, is the soulmate of Snajer’s “El poste”), made even more reminiscent by the appeal of violinist Kristian Jørgensen. “Chinese chacarera” is another clever fusion of styles, the title of which indicates its rhythmic form while also hinting at a pentatonic feel. Joined by Kaare Munkholm on marimba and vibraphone, it has a modern kick.

And then there’s the title track by both guitarists, which melds the best of their talents in hybrid form. Light percussion from Flemming Nilsson grounds the melody in local charm.

Two arrangements round out the set. Where “Recuerdo” by Danish fusion group Bagdad Dagblad) is an achingly lyrical song without words, “Maracatú” spins from the play of children a sublime take on the Gismonti evergreen: a gentle ode to this living treasure of inspiration.

Snajer and Windfeldt shimmer like skyscrapers in the distance, high enough to look both toward the future and the past, their glinting windows visible from the trees beyond, where animals continue to live untouched, far from the folly of human entanglements.