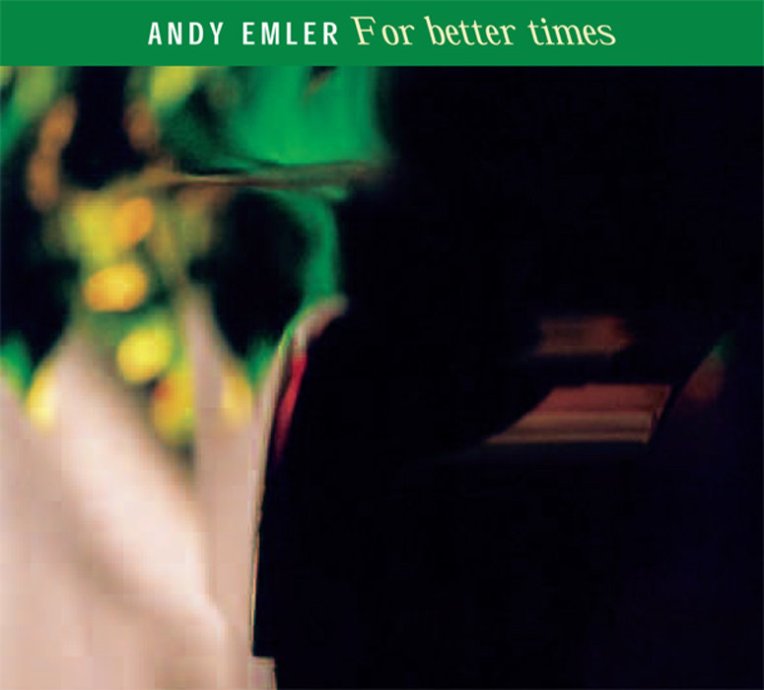 The La Buissonne debut of pianist Andy Emler is the result of a 15-year friendship with the studio and label director Gérard de Haro, whose encouragement to make a solo album resulted in For better times. It’s a brave and personal session brimming with ideas. Having said that, the result is not a solo album per se. Despite coming from the hands and mind of one performer, multitracking fleshes out Emler’s flexible compositional backbone with well-toned muscles and spontaneous movements. In the opening “There is only one piano left in this world,” we find his instrument taking on the role of drum, backing, and lead, wound like a clock spring and set to mark the passage of time with deep regularity. On top of that he spins a wealth of chimes to titillate the heart and mind. It’s also a meta-statement on the nature of ideas and the tragedy of their erasure. The piano plays on, crying to be heard when silencing threatens to become the norm. In “Fear no more, suffer no more,” he delineates a philosophy of interaction, and in the next two tracks—“Crouch, touch, engage” and “Father and son”—explores the darkest and brightest corners of human relationships. His physical approach gives us a sense of weight and armor, and bids us to strengthen our capacity for love. From the intimate to the grandiose, “Speak up! Tribute for better times” acts out conflict on a global scale, treating the inner strings like a palimpsest for failed arguments. Finally, he leaves on a high note with the dialogic “Let’s create together.” Thus, the ruthlessness of time and those who ignore its lessons is laid out like a meal we fear eating, for to do so would mean admitting our complicity in its creation to begin with. And so, we sing along with Emler, hoping for change, for harmony, and yes, for better times.