Dine Doneff, multi-instrumentalist and composer of Macedonian extraction, is a self-taught musician with an undeniably broad spectrum of signatures at play in his creative persona. Since 2001, he has been a part of Savina Yannatou’s traveling ensemble, Primavera en Salonico, appearing (under his Greek citizenship name, Kostas Theodorou) on three ECM productions: Sumiglia, Songs Of An Other, and Songs of Thessaloniki. After being encouraged by producer Manfred Eicher to start neRED in 2017. Though still in its nascent stages, the label has put out two fascinating yet distinct sonic experiences for the world-weary listener. I recently conducted an email interview Doneff, who graciously offered his time and insights into how this all came to be. I began by asking how he came to be a part of Yannatou’s circle of phenomenal talent:

“I first met Savina purely by accident back in 2000. While visiting a Greek island for a concert, she happened to be there with the band. The bass player, due to a less fortunate type of accident, suddenly couldn’t make it for the next few concerts, so she asked if I would replace him, which I did with pleasure. One year later, I joined Primavera en Salonico permanently as percussionist.”

As for how neRED came to be, Doneff offers the following anecdote:

“Back in 2003, while touring in Germany, I had the chance to meet with Manfred Eicher. Since then, events brought us often together. He always has open ears to listen to what you do, and got to know some of my recorded projects that had never been officially released. Later on he suggested the idea of creating a label under ECM’s auspices. Such advice, not only from a friend but also a master, was not something I could ignore.”

Before getting to neRED proper, however, we cannot gloss over a beautiful little recording called Izvor. Though not originally rendered with neRED in mind, it served as something of a “test” single—a glimpse into worlds to come. Doneff explains its genesis:

“During the 90s, using a portable tape recorder, I often made short recordings with my guitar with the wish—or better, the need—to capture the mood of the day just before I went to bed. Izvor, which means ‘source’ in Macedonian, was recorded back in 1999 and is my way of representing of this sonic diary in miniature.”

If labeling music as cinematic hasn’t lost its currency of description, then I must wholeheartedly apply its charge here. This is not to say that Izvor moves like actors on film, but rather that Doneff’s guitar suspends time (and disbelief) in the way a camera facilitates. As memory turns into a reverie of images, words, and sensations, we might just feel the touch of something archaeological, the contact of modern tools resuscitating forgotten relics to their former intimacy, held like an offering to the very air that allows their song to resonate.

From this brief statement (one track of two minutes and forty-five seconds in duration), it is impossible to understand the spectrum of Doneff’s style, much less his inspirations. Of the latter that have come to inform his music over the years, it’s no surprise, given that the bass is among his primary instruments, that he should point to a paragon of creative inspiration:

“I am lucky to have discovered since the late 70s the work of some great musicians. But, if I have to mention one, then I would say that the remarkable personality of Charlie Haden played a big role in my artistic and social development. Especially concerning his projects with the Liberation Music Orchestra.”

While Doneff is very much his own player, perhaps we can draw a connecting thread to Haden’s likeminded ability to evoke grand scenery with minimal gestures. Nowhere truer than in Rousilvo, his first properly cataloged neRED release. 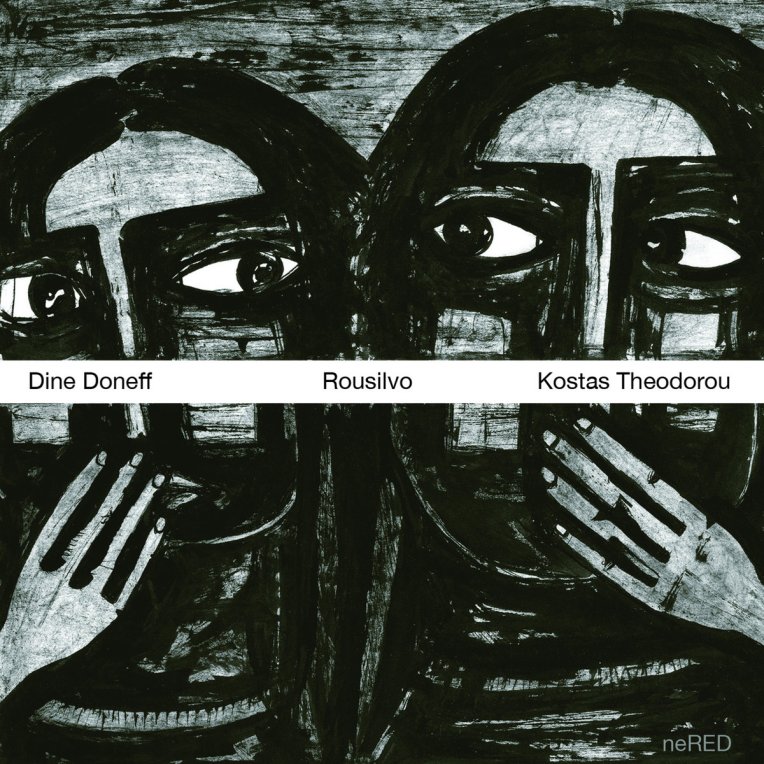 This self-styled “Balkan-Jazz Folk Opera” pulls a creative IV from his cultural roots, drawing through that lifeline a flow of minerals, ancestry, and echoes of time. Rousilvo names the village in northwestern Greece once known as Xanthogeia, where Macedonian residents fell victim to persecution and violence at the hands of Greek’s “Hellenization” until it eventually became abandoned. To preserve this marginal community, Doneff combines recordings of the women who survived with an instrumental ensemble and septet of singers. The title of its opening movement, “Narrative,” sets not only a musical but also a conceptual tone. Voice and piano lay down a mournful theme as if standing over a broken landscape and wishing it might all go away. Conversation and birdsong mingle with clear and present melodies, so that those who never got to speak may now be heard.

Doneff further explains the genesis of what he calls his “requiem for a poetry dissolved by political decisions”:

“From a very young age I have experienced social, cultural, and political oppression as a member of the unrecognized Macedonian minority in northern Greece. Even later, as a traveling artist, I came across this issue more times that I would’ve liked. It made me angry but also sad. As I gathered enough strength to talk about it, I built up a kind of operatic structure from those emotions. The libretto includes field recordings and fragments of hidden or ‘forgotten’ songs or stories by members of that same minority.”

Appropriately enough, much of the weight of Rousilvo is carried on the shoulders of its singers. In particular, soloist Slava Pop’va Evdoxia Georgiou’s salt-of-the-earth delivery in “Penelopes of Xanthogeia” moves the heart in a scene teeming with life. Is hers a longed-for past or a hoped-for future? The question remains open, as do we to the Macedonian textures and jazz infusions of “Mirka,” wherein Martha Mavroidi’s voice, wrapped in a cloud of tabla, oud, and drums, cries without border. There is also the unaccompanied singing of Lizeta Kalimeri in “Natsko,” which turns the dawn into a score sheet to be scrawled across by the pen of hardship.

The album is also a vibrant showcase for musicianship. Like theatrical scene changes, each instrumental track is a cleansing of what came before. Highlights include “Apatris” (featuring a gorgeous saxophone solo from Dimos Dimitriadis) and “Song of the unquietness” (a mournful duet between Doneff’s guitar and the trombone of Antonis Andreou). Whether swinging in cathartic improvisation or unraveling a lullaby for the dead, these pieces straddle the line between what cannot be denied and what may never resolve.

Rousilvo, it bears mentioning, is the second part of a trilogy, of which the first part is Nostos(released in 1999 on the independent LYRA label). Doneff speaks of the trilogy itself as “a rite of passage; the long process of the transformation from what we are to what we are coming to be through time.”

We might easily wrap that description around his second neRED release, IN/OUT.

Recorded live on July 1, 2016 as part of the vernissage for In Search of a Common Ground #2, a contemporary Macedonian art exhibition,  this “Soundscape Theater for Double Bass and Tapes” is indeed a search for commonality between the material and immaterial worlds. In light of his maturation as an artist over the decades, it finds him at a point of being able to his fear of going deeper into intimate territories of body and mind.

And what does the album’s title signify to him?

“Mainly balance. Belonging to everything and at the same time to nothing. Both sides, or spaces, are equal in quantity of action and possibilities. In our life experience we are more often in the position of the slash standing between IN and OUT, and it is in our decision to use this ‘symbol of punctuation’ to move from one side to another, however skillfully.”

Over the course of seven parts, the plucked strings of a spinet mingle with bass, the sounds of toys at an open market in Istanbul, an electric guitar, crows in Timisoara, a harmonica, a PA announcement at Zurich Airport, and more. The sensation is that of moving via portals not only through space but also through time. The added magic of field recordings allows us to experience all of this at once. There is a sense that something deeply microscopic is happening here, as if flesh itself were being folded until its inner sanctum is revealed like a diorama at the most genetic level. This method of exploration places the self on a path into the self: the meeting of salt water and fresh water.

Given such subtitles as “Division within,” “Unbelonging,” and “Exile,” it’s difficult to read this as anything but a deeply personal album:

“Indeed. It is a collection of recordings, both composed and out in the field, captured during the past decade while touring in Europe, blended in a storyline, also as a sonic diary. Then, using the recording as theater music, I performed a live monologue on my double bass, interacting with the prerecorded material. A narratively staged debate with soloist as actor/improviser in a one-act play.”

In the context of such attunement, I find myself wondering about a core concept behind it all. Hence, the very name of his label:

“Nered is a southern Slavic word and, in my mother tongue of Macedonian, describes something that has no special order. There is a village in West Macedonia, close to where I come from, that’s called Nered for being chaotic/anarchistic but still beautiful. I felt that neRED applies well to multidimensional artistic projects which have no particular sequence, pattern, or method in relation to one another.”

All of which seeks to inform his art as a space of communication and life experience. Without either, it would just be a flame without a wick. Let his candle burn for decades more.