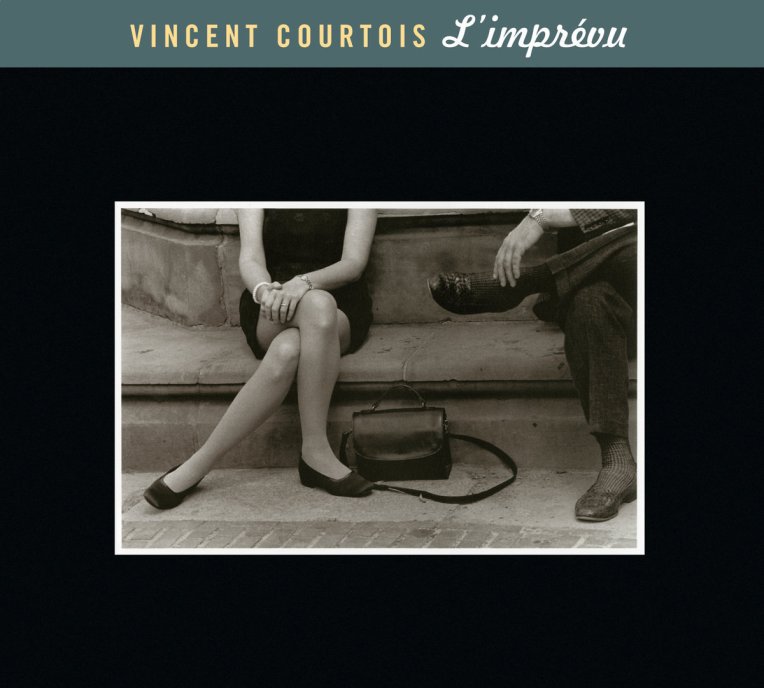 L’imprévu (The unexpected) is an album of unaccompanied short stories written and performed by Vincent Courtois. ECM listeners will know the French cellist from his work with Louis Sclavis. After toying with the idea of a solo album for more than 15 years, he and producer Gérard de Haro at last found a coincidence of schedules that brought them into the studio together. From the opening title piece, we can hear not only that Courtois is a player of sensitivity and poise but also that de Haro is a most suitable engineer to emphasize the nature of his sound.

The comfortable vibe established by such intimate borders as “Alone with G” (a pizzicato gem that treats the cello as a horizontal rather than vertical instrument) is occasionally broken, as by the scraping arpeggios of “Amnésique tarentelle” and “Skins” or the freely improvised strains of “Suburbs kiosk” and “No smoking,” so that no single mood never dominates. Neither is Courtois afraid to play with the idea of a solo project by multitracking himself into an orchestra. Such instincts feel not like additions from without but extensions from within. In the stretched-out chords of “Colonne sans fin,” “Sensuel et perdu,” and “Regards” (the latter two sounding nearly like lost tracks from David Darling’s Dark Wood), his experience as a composer for film bears deepest fruit. The one compositional outlier is “La visite” by Sclavis, a highlight for its thoughtful reading and tenderness, and its ability to say so much with so little. This is music for those who want nothing but.