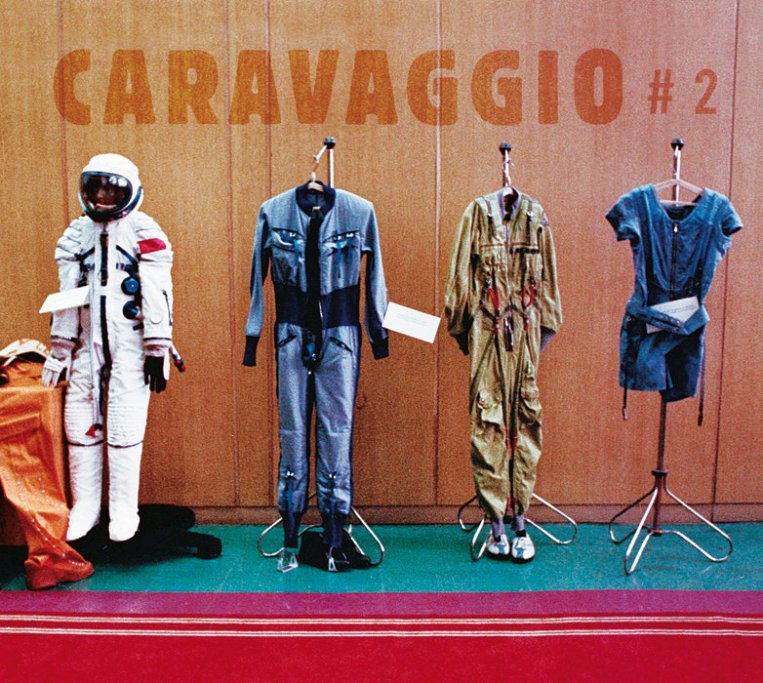 This blending of jazz, rock, and electronic idioms wraps its eclectic arms around bassist Bruno Chevillon, guitarist Benjamin de la Fuente, drummer Eric Echampard, and keyboardist Samuel Sighicelli. As Caravaggio, they elicit a sound not like the paintings of their namesake: boldly portraitive, making use of deep contrast, and vibrantly expressive. Opener “Polaroid” builds to slow fruition over an eight-minute span, pulling from the electric guitar an entire film’s worth of scenography. The cleverly titled “Dennis Hopper Platz” digs further into the muck of postmodern angst but eschews the ennui in favor of a hip, bass-driven embrace of sound bites from Easy Rider before finishing in a hush of data. As if drawing from that same font of digital wisdom, “Aguirre” spins an open-ended projection of bygone fantasies across alluring electronic doctrine.

“When will you be angelic” pays tribute to the Hammond organ. Its old-school Jan Hammer vibe reads like a jazz performance attended only by androids. “Anybody here?” is an even more explosive catapult through gigabytes of information. Riding in a vessel of light, it zooms at speeds unimaginable to the physical body into the industrial ambience of “Beth’s variation.” Following this, “Medusa” drops its heavy dose of outro prog rock, replete with skittering violin for contrast. If the aforementioned were measured in gigabytes, “Profundo” is a veritable terabyte. As drums, guitar, and synth combine to show us the way to transformation, we leave ourselves behind, one cell at a time, until only impulse remains, shot in countless directions.

Like the soundtrack to a lost Philip K. Dick novel, #2 breathes in tune with synthetic animals, black boxes, and panoptical realities. A rage against the machine, by the machine.