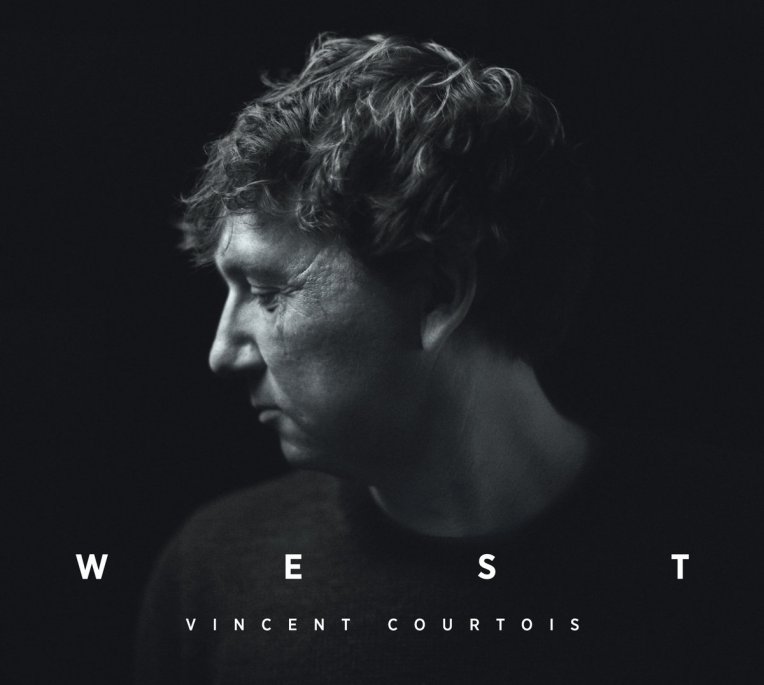 Cellist-composer Vincent Courtois continues his traversal of original landscapes, this time heading West in the most metaphorical possible sense. That is, he isn’t so much interested in dividing the world into arbitrary hemispheres as he is in questioning the very notion of borders as delineations of sociopolitical division and hierarchy while proceeding in a continuous direction. This philosophy is most forthrightly expressed in “So much water so close to home,” of which his pizzicato backbone and multitracked arco accents paint a living picture of the here and now as a means of putting the past into relief. His movements are palpable and consciously articulated, as Courtois himself notes in this album’s press release: “Conceiving, writing and orchestrating notes, almost like they were a travel plan, has become the main axis of my work, one that I cannot do without. A recording studio is a place like no other, these musical roads unwind and come alive.” Where on his last album, he explored such territories with saxophonists Daniel Erdmann and Robin Fincker, this time he welcomes also the structural backbone of Benjamin Moussay on piano, celesta, harpsichord, and toy piano.

Framed by two versions of “1852 mètres plus tard,” this sonic itinerary cushions every step in its picturing of time. Throughout “Modalités,” Fincker plays clarinet, later weaving with Erdmann’s tenor into a dramatic finish. From the brooding and distant (“Nowhere” and “L’Intuition”) to the whimsical and dramatic (“Freaks” and “Tim au Nohic”), every mood blossoms photorealistically. Moussay’s keyboards, especially the celesta and harpsichord of the title track, provide a Steve Reich-esque backdrop as multiple cellos dot the landscape with travelers. All of this funnels into the insistence of “Sémaphore,” throughout which the cello, divided into itself, draws an orthography of the soul for wayward ships to follow when lighthouses have used up their remaining oil. Moving ever forward yet glancing back to make sure that every footprint is a worthy record of what came before, each vessel docks safely to ensure our safe return.