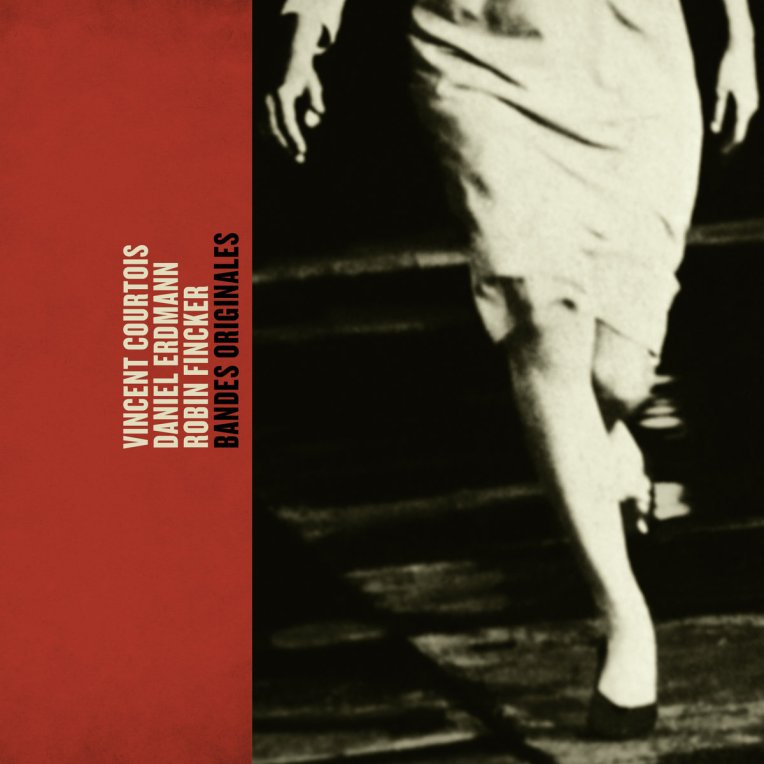 On Bandes originales, cellist Vincent Courtois, in his imaginative band with reedmen Robin Fincker and Daniel Erdmann, reimagines cinema as a purely sonic art form, wherein characters are instruments and their scripts are woven from notes in real time. The trio’s selections span a range of eras, genres, and geographical locations. Setting the stage is a selection from one of my favorites (and the very first subtitled film I ever saw), Tous Les Matins Du Monde. Director Alain Corneau’s 1991 biopic of Marin Marais comes alive in the composer and viola da gamba virtuoso’s “Le Badinage.” Courtois threads the needle of this forlorn tale, almost unrecognizable as tenor saxophone and clarinet extend it far beyond the time of its construction. This is the beauty and joy of the album at hand: an ability to treat each story, whether based on fact or fiction, as the seed for a hedge that continues to be tended in the present. Most of the allusions that follow reference other pillars of French cinema, including Giovanni Fusco’s theme to Hiroshima Mon Amour (1959, dir. Alain Resnais) and Maurice Leroux’s to Le Ballon Rouge (1956, Albert Lamorisse). These two pair particularly well, as the latter’s reversion to childhood eases the traumas described in the former’s intermingling of love and darkest inhumanity. Nino Rota’s soundtrack to Plein Soleil (1960, dir. René Clément) gets two nods, including the unchained “Tarentelle Meurtrière,” as does Courtois’s own retroactive scoring of the 1924 silent film Paris Qui Dort, directed by René Clair. The twisted retrograde of Eric Rohmer’s 1986 touch-and-go love story, Le Rayon Vert, adds further insight via Jean-Louis Valero’s sunlit melody.

Marvin Hamlisch’s motif for Take The Money And Run (1969, dir. Woody Allen) takes the album’s most surreal (if understated) turns, while Michel Legrand’s The Thomas Crown Affair (from the 1968 Norman Jewison original) ripples lyrically through the trio. The program closes with the nostalgia of John Williams’s timeless E.T. The Extra-Terrestrial (1982, dir. Steven Spielberg). From unassuming beginnings, it pulls a veritable bouquet of multitracked cellos for a lush and dramatic denouement—a reminder that even when film reels stop, the images continue to animate themselves on the projection screens of our minds, as immortal as they are lodged in history.