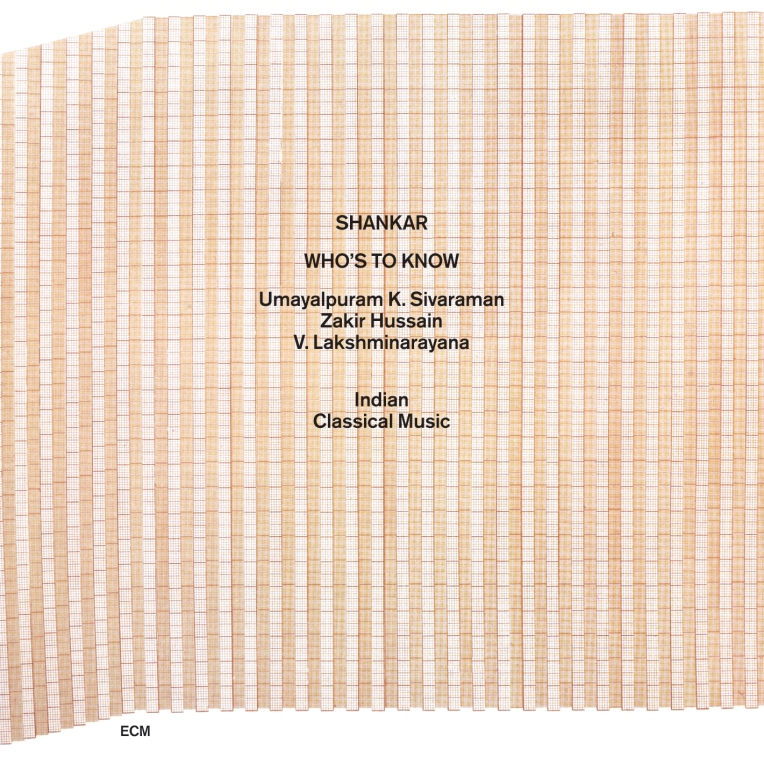 Tamilian violinist Lakshminarayana Shankar offers listeners a beautiful and powerful experience in this, his first outing for ECM. Shankar plays a 10-stringed instrument of his own design, and his personal hand in its construction is as deeply evident as his playing of it. Over a steady drone of tamboura and attuned rhythmic support from Zakir Hussain and Umayalpuram K. Sivaraman, Shankar’s flights of improvisation are free to soar. His melodies are driven by deep recognition of intent, visceral and immediate.

We are treated here to two long-form pieces, averaging 23 minutes each. Though distinct in form and mood, they are unified by an overarching sense of commitment and, I daresay, surrender. The first, Ragam-Tanam-Pallavi, introduces its theme with fluid precision. Shankar’s fingers seem never to rest on any single note for long, carried as they are by the as-yet-unspoken rhythms lurking just beyond the horizon. And so, when those rhythms do at last come to be articulated, the listener is salved by the comfort of a promise fulfilled. Ananda Nadamadum Tillai Sankara, on the other hand, carries itself forward with a touch of vulnerability, offering itself to the fate of its own musical environment. This is a more somber companion piece that slips into more adventurous registers and changes of key, and with a determination all its own. Eventually the violin turns in on itself, leaving our percussionists to play us out in an intimate call and response, culminating in the violin’s lilting swan song before the tamboura fades into silence.

Those familiar with Carnatic music will find much to admire in Shankar’s signature style and inexhaustible virtuosity. This is arguably his least “fusionesque” album to date, drawing its borders with reliable pigments that clearly serve its musicians well. Brimming with inspired playing, effortless execution, and a singular melodic sensibility, this is an impassioned and vivid record from start to finish and will ever remain an ECM jewel.