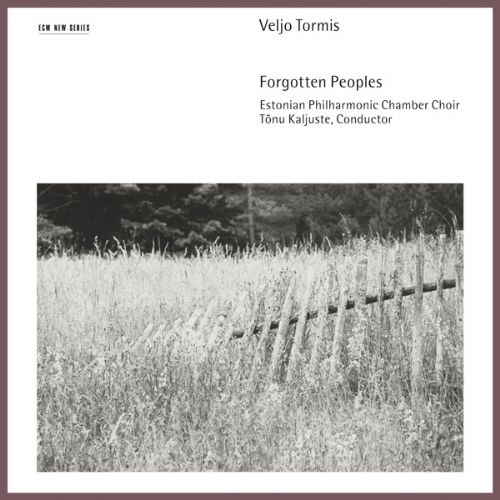 “I do not use folk song, it is folk song that uses me.”
–Veljo Tormis

During the final years of the Soviet occupation in the Baltic states, Estonia took charge in a characteristic way by staging a series of peaceful demonstrations in demand of sovereignty. These came to be known as the Singing Revolution. Two high points of this resistance revolved around the annual Song of Estonia festival, held in the capital city of Tallinn. On 11 September 1988, 300,000 citizens gathered in solidarity and sang old songs until sunrise, uncaring of the reproach such a blazon act might incur. During the same festival the following year, and with a similarly sized crowd surrounded by armed Soviet troops, voices broke out into the Estonian national anthem, still forbidden under the current communist regime. Throughout this censorious period, composer Veljo Tormis found his politics nourished by song, as evidenced in the ban of his more passivist compositions. Yet despite this censure, if not because of it, Tormis’s music only gained popularity. At the heart of his compositional output, containing some 500 choral works, is the regilaul, a song form stemming from the oral traditions of the Balto-Finnic peoples. Regilaulud are distinguished by their call-and-response structure, but add a unique twist: a soloist’s line is taken up at the last word by the chorus, while the chorus’ last line is subsequently taken up by the soloist, thus creating a musical “chain” to which any number of dynamic elements may be linked.

The music of Tormis, who retired from composing in 2000, nevertheless continues to thrive in worldwide performances and recordings such as the one under review here. One unfortunate side effect of this increasing popularity is the way in which the Estonian composer has become romanticized. Many reviewers—which, to be fair, often have only scant liner notes to work from—paint a rather Bartókian image of Tormis: the heroic anthropologist trekking through outlying villages in order to rescue the final vestiges of their oral culture by preserving them in a more widely accessible form. Although Tormis did some minimal fieldwork, and even then only as compiler, he relied heavily on the extensive and no less significant collections of Finnish and Estonian language institutes and university archives. Nevertheless, Tormis holds to his source material as something to be nurtured. As the famous quote above implies, he sees himself as a mediator and advocates a syncretic approach, which takes into account not only the song’s “original” function, but also its new setting and (re)presentation.

Unustatud rahvad (Forgotten Peoples), written between 1970-89, is Tormis’s magnum opus: a collection of 51 songs, each one more immersive than the last, divided into six cycles representing the Livonians, Votians, Izhorians, Ingrian Finns, Vepsians, and Karelians. The first of these, Liivlaste pärandus (Livonian Heritage) is also the earliest, and shows a composer searching for his own voice in the voices of others. Its melodic structures comprise a deft blend of chromatism, orthodox chant, and sustained drones, across which monophonic lines are drawn with careful textual attention. Herding calls, an amusing satire of patrilineal inheritence, and one content little mouse all play equal roles in this colorful set. The seven pieces that make up the Vadja pulmalaulud (Votic Wedding Songs) bristle with more overt regilaul qualities. Their cyclical structure seems to underscore the matrimony at their center. Every aspect of the celebration falls under the music’s watchful eye: from the “Arrival of the Wedding Guests,” through the obligatory “Mockery Singing” and dowry distribution, to the charming “Praising the Cook,” which reminds us even in the most heightened moments of frivolity to acknowledge those whose hard work have made that frivolity possible. In these songs, one can almost smell the provisions, feel the textures of the fibers being worn, feast upon the gentle lay of the landscape and the solid colors of the architecture, which linger in the senses long after the final decrescendo. What follows is the longest and most dramatic cycle. Isuri eepos (Izhorian Epic) begins with a creation myth and launches into a retrospective of Izhorian principles, divine musings, and customs. Women’s voices dominate here, both in the singing and in the narration, adding an emphatic power matched nowhere else in the entire collection. Ingerimaa õhtud (Ingrian Evenings) is more domestic in both feeling and content, focusing as it does on the mundane pleasures of village life. A bare sense of rhythm and unwavering inner energy lend these songs a rustic flavor that speaks directly to the heart. Vepsa rajad (Vepsian Paths) consists of fifteen children’s miniatures. The songs exist only in fragments, but their brevity only underscores their joyful evocativeness. Highlights include the delightful “Pussy-cat,” which purrs and meows just as one might hope, and the melodic but bittersweet “Forced to Get Married,” with its gorgeous glissandi from the sopranos and motherly alto responses. Finally, Karjala saatus (Karelian Destiny) presents us with five examples of Tormis’s most profoundly developed choral sensibilities, culminating in the masterful “Lullaby,” with its promises of comfort and salvation.

This is a culturally and musically important collection sung by one of the world’s finest vocal collectives. The Estonian Philharmonic Chamber Choir seems to have a limitless supply of breath. Yet while this music certainly does draw in faraway listeners, it also casts a powerful cultural message into a world that had shunned it for so long. This is part of what makes Forgotten Peoples so potent. By the same token, Tormis himself has said that his “promotional” approach to folksong is just as instructive to his own people as it is to the global market, which may or may not see his music as little more than a niche to be filled. He is not advocating a revival, nor is he looking to return to way of life forever lost. Rather, he is using his music as a way of claiming these songs for his own, in the hopes that others will feel them as theirs. Either way, the astoundingly committed performances and ECM’s well-balanced recording—itself significant for having been produced before Estonia regained its independence—ensure these peoples will be anything but forgotten.

For the most balanced perspective on Tormis available in English, I cannot recommend highly enough Mimi S. Daitz’s insightful book Ancient Song Recovered: The Life and Music of Veljo Tormis, from which some of the information for this review was gathered.