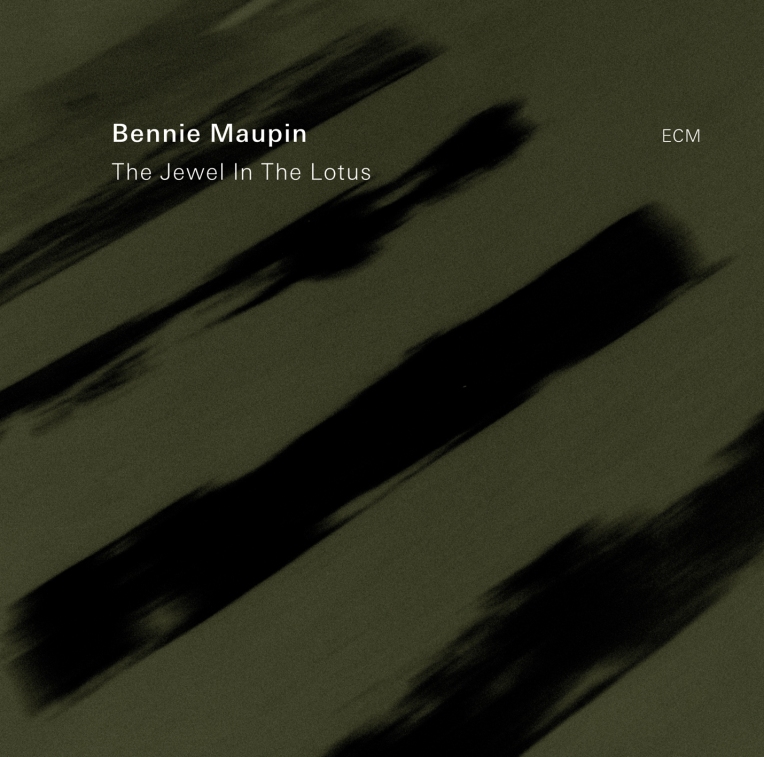 Bennie Maupin
The Jewel In The Lotus

After 33 long years, this ECM classic finally saw the light of day on CD in 2007. Thankfully, I came upon it since then, thereby saving me from the difficulties of tracking down its highly sought-after vinyl counterpart. On The Jewel In The Lotus, eclectic reedman Bennie Maupin is joined by his Mwandishi crewmates Herbie Hancock, Buster Williams, and Billy Hart, along with Headhunter percussionist Bill Summers and drummer Frederick Waits. Bassist Buster Williams further expands the Mwandishi nexus, while underrated trumpeter Charles Sullivan—who just two months later would step into the studio with Carlos Garnett to record the latter’s Black Love—rounds out the stellar cast. Maupin’s first album in leader’s shoes (his bass clarinet had already made an indelible mark on Miles’s Bitches Brew) is a space of many moods and consistent colors. The tentative bass of “Ensenada” flickers like a candle in a developing photograph. Subtle brass and hints of percussive breakouts adorn a rolling, poetic sound that is as vast as it is immediate. I cannot help but be reminded of the ensemble pieces of Gavin Bryars, such is the cinematic reach of Maupin’s extensive arrangements. Maupin turns to flute in “Mappo,” making way for Hancock’s floating reveries (both of which lift the stunning but ephemeral “Past + Present = Future”). Maupin’s haunting incantations open our ears into “Excursion.” Percussion tinkles like coins tossed into a prayer box. Instruments accustomed to leading instead become fragments in an impartial wash of sound, building to tightly controlled chaos. The title cut is bookended by Hancock’s spacey electric ornaments, complete with a “Fly Like an Eagle” moment or two (sans kitsch), and between which the grainy touch of snare and swaying bass provide a rhythmic hammock in which Maupin’s sax can lounge comfortably. “Winds Of Change” is another brief interlude, not surprisingly for winds only, and cleanses the palate for the final two tunes. The sparse bass solo and unimposing development of “Song For Tracie Dixon Summers” finds much common ground with ECM’s many Nordic projects, whereas “Past Is Past” stumbles into heavily romantic territory, with Hancock providing a fullness of sound that’s hard to resist. The album ends on a somber note, riding a wave back into the darkness from which it sprang.

Having never heard the original vinyl, I cannot speak for the remastering. All I know is that the reissue sounds terrific. While noticeably top-heavy, ever so slightly undercutting the bass in the process, the trebly focus works well enough in its present form. Rhythm comports itself erratically, as if hesitant to assert its presence out of mere expectation, and in so defying that expectation comes up with far more interesting things to say. The entire album moves in slow motion, as if a more concise musical statement unraveled, allowing musician and listener alike to bask in its finer nuances. Every moment is like an introduction and a finale in one, each speaking to the infinity implied therein.