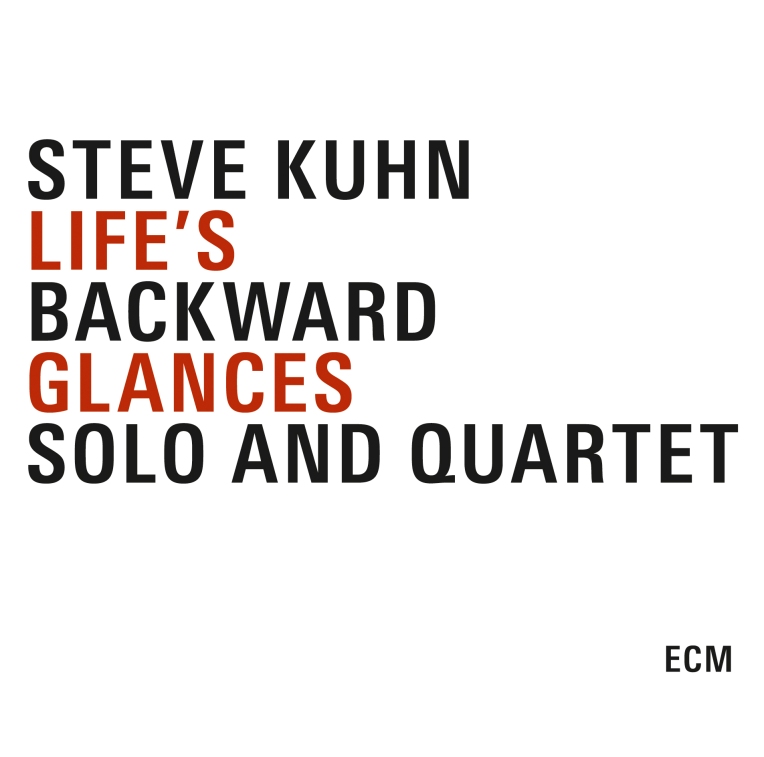 In an open boat at sea,
lights are darkened by a tree.
All the world is all I see.

Brooklyn-born pianist Steve Kuhn is one of the savviest interpreters of our time. On ECM, we have also been fortunate enough to know him as an equally engaging composer. For this entry in its Old & New Masters series, the label gathers another fine trio of out-of-print treasures, of which Motility and Playground make their digital debuts (ECSTASY having been made limitedly available in Japan).

Entering Kuhn’s world is indeed like stepping into “The Rain Forest,” the first track on this phenomenal quartet recording. Not only is it visually resplendent and rich with life, but it also boasts distinct melodic qualities. Every last molecule has its role to play in the symphonic superstructure. Kuhn’s fingers navigate the forest’s ever-changing paths, arching lithely through overgrowth while Steve Slagle’s flute sings like an avian guide flitting from branch to branch: a thread of cognitive continuity between listener and the listened. The band’s sound really opens up in “Oceans In The Sky.” Like a waterfall in reverse, it returns to the cloud from which it was born, closing its eyes in a promise of clearer days. The private trajectories of “Catherine” intersect only briefly with our own, even as Harvie S.’s tenderest of bass solos pulls at the heart in muted song. “Bittersweet Passages” is a two-part journey, beginning in a swell of anticipation before fading into solemnity. The slightest movement becomes infinitely magnified, so that when the quartet returns in tutti, it bustles like a crowd of zealots flocking to their monument of worship. “Deep Tango” is driven by a braid of martial snare, bass, and soprano sax, beneath which Kuhn spreads carpet of fallen leaves. “Motility/The Child Is Gone” changes from elegy to ode in a blink. Kuhn lays on the expressivity, at once van Gogh and Monet, before delighting us with “A Danse For One,” in which one can almost hear his band mates lingering like a ghostly presence. Lastly is “Places I’ve Never Been,” another exciting tune replete with infectious grooves. Superb soloing from all, particularly in the diving flute, make this one a winner. 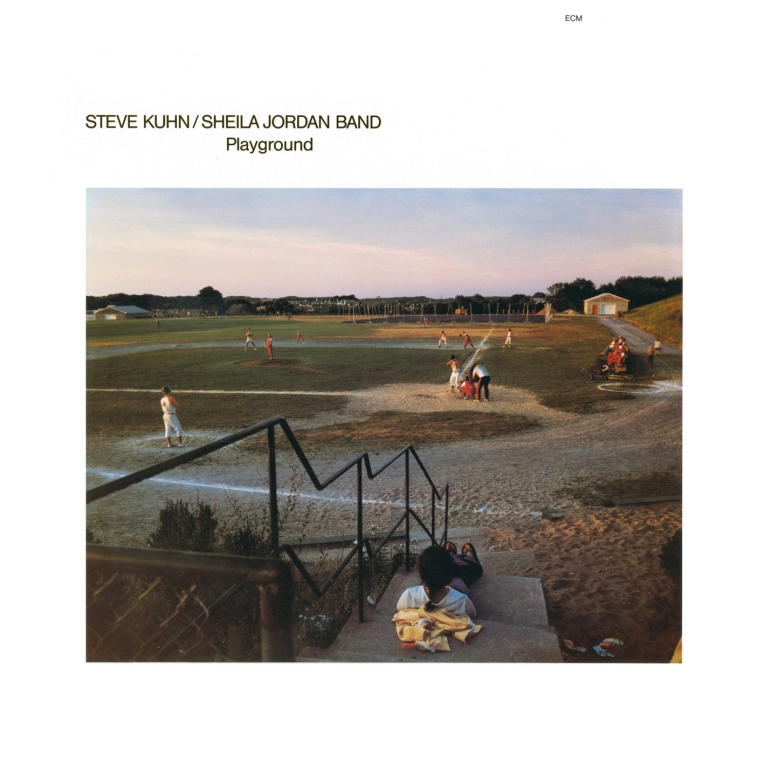 In this album, we get an enlivening dose of Kuhn’s other brand of lyricism in the form of actual words. We had a taste of these in “Life’s Backward Glance” on 1974’s Trance. That selfsame tune makes a cameo here, also as a closer, only this time transformed by the throaty contralto of Sheila Jordan Kuhn, who turns everything she touches to melancholic gold. This is a markedly different album, not least because it is the latest of the three, and one that seems to have been consciously sandwiched between the others.

As Jordan turns verses in her lips in “Tomorrow’s Son,” she traces the undulations of bass and brushed drums, setting off the piano into a string of footnotes. Two adjacent pieces, “Gentle Thoughts” and “Poem For No. 15,” appear as the diptych “Thoughts of a Gentleman – The Sage of Harrison Crabfeathers” on ECSTASY. In their present incarnations, Kuhn’s pianism scintillates, his right hand so full that when his left hand comes in it sounds like another instrument entirely. The rhythm section is never enough to weigh him down. Rather, it seems to inspire him to ever-ecstatic heights. A personal favorite on this disc is “The Zoo,” a fantastic little slice of whimsy about communication, self-sufficiency, and delight in discovery. And one can hardly escape the allure of “Deep Tango,” which in this vocal version unfolds with even greater narrative potency.

Jordan’s voice strolls down memory lane as if it actually were a physical path to be strolled upon. Her constant vibrato lends a vulnerable sadness to the proceedings. The musicians feed off her presence tenfold, as evidenced in Kuhn’s transformation throughout from intimacy to fantasy. 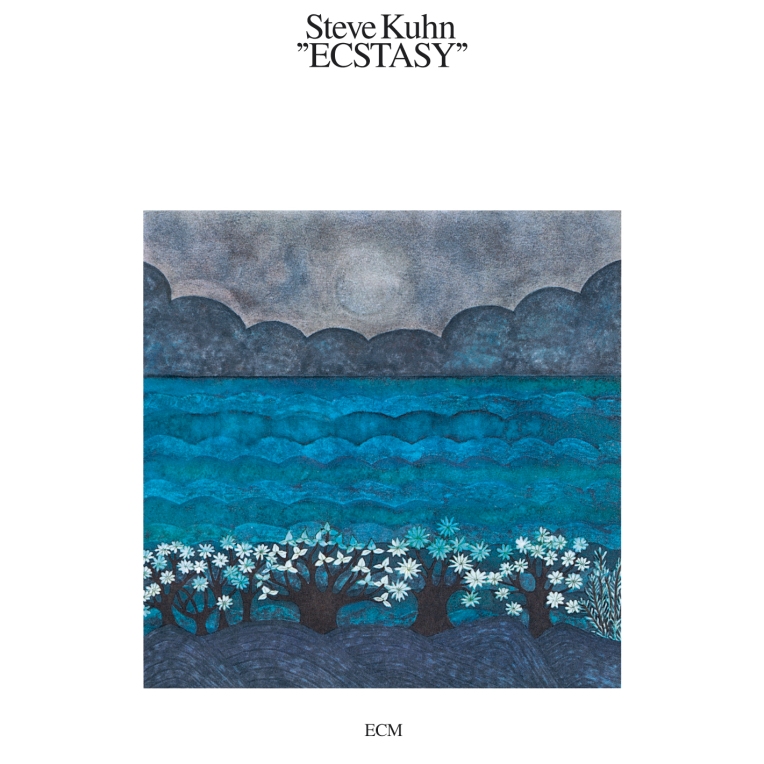 This album was recorded one day following the Trance session, and revisits some of that same material in a solo setting. In spite of the density in which his playing often clothes itself, here he adopts a decidedly porous sound, breathing in and out like an organism that finds its invisible nourishment in notecraft alone. The present rendition of “Silver” is three times its original length on Trance, honed in reflections rather than shadows. An unexpected roll from the piano’s nether regions rises like oil from the ground, but never materializes into a full-blown breach, lapsing instead into a gentle trickle into the valley of resolution. Unique entries on this album include the entirely improvised “Prelude in G,” in which an increasingly frantic lead runs over a brooding ostinato, and “Ulla,” an emotional journey marked by careful pauses. Some insistent statements in the right hand lead one to believe there is far more to be said than what is being articulated in both. Kuhn ends again with “Life’s Backward Glance,” something of an iconic piece for him, here more erratic than its vocal counterpart. It reads like a critical self-assessment, born from years of improvisatory living, finding in the moment those truths with which we build an ever-changing concept of the self.

This is the darkest of the three albums, gilded in dissonant color schemes and more visceral reflections.

Kuhn thinks in voices, but speaks in images. His story is a book without pages. Oftentimes, he looks away, but always acknowledges us through its colors. One moment finds him courting Vince Guaraldi on steroids, while the next recalls Bill Evans on a rainy afternoon. With such a full sound, one wonders how other musicians could add anything, but add they do, and beautifully so. The only thing missing now is you, the constant listener.