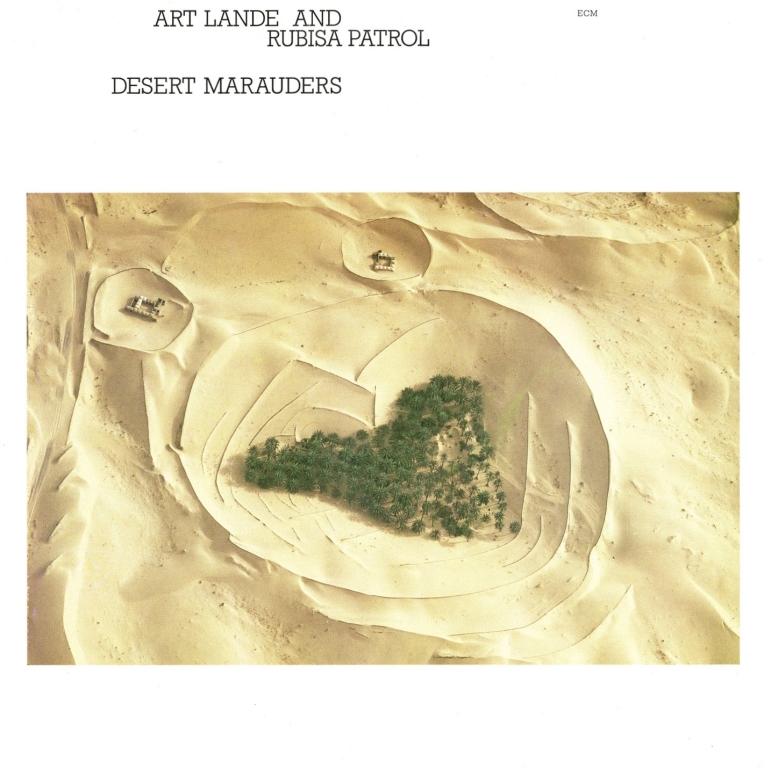 Desert Marauders represents the final iteration of pianist Art Lande’s Rubisa Patrol quartet, which over its flash-in-the-pan tenure produced a solid, if modest, body of imaginative work. For this recording Kurt Wortman replaces Glenn Cronkhite on drums and provides plenty of adhesive for otherwise free-floating themes and ideas. His stop-and-start playing engages Lande in exciting conversation throughout the groovy opener. At 16 minutes, it is more main course than appetizer, but whets our expectations all the same with its vivid prime directive while offering food for thought via Mark Isham’s serpentine melodies. Bassist Bill Douglass works us back into the swing of things with consummate fortitude. After this epic journey, “Livre (Near The Sky)” feels like a piece of heaven. Driven by the fluid trumpet of its composer in the only non-Lande composition on tap, it’s a piece of and about imagination. Each piano chord is a branch to which Isham glues his own improvised leaves. We feel the entire tree swaying in the winds of an oncoming storm, the first drops of which hit our forehead in the piano of “El Pueblo De Las Vacas Tristes.” As it comes down in placid sheets, it flows at the feet of camels and worn sandals. Lande lays out the loveliness over his rhythm section in a blend of oil and chalk pastels. Douglass doubles Isham on flute in “Perelandra” for some airier moments. “Sansara” is a throwback of sorts. Its solid, infectious pianism, lively trumpeting, and tender bass solo combine for a smooth and rousing finish to a fine effort all around.