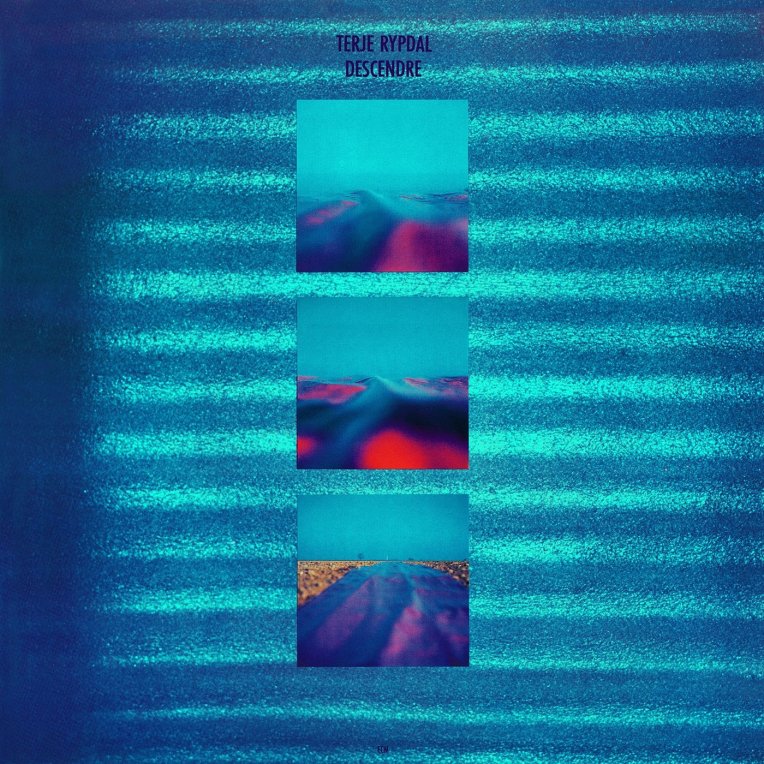 Before hearing the opener that lightens Descendre, I believed that the introduction was a thriving art form. Entitled “Avskjed” (Farewell), it works its distant organ, glockenspiel, and muted trumpet through the nocturnal folds of a weightless security. In a mere three minutes, I hear sunrise, worldly virtue, and restraint rolled into a single entity. Rypdal’s palimpsestial motifs grace the edges of dense brass and sudden exhalations. The album is full of such moments, unexpected and eternal. Nestled in the tessellation of Jon Christensen and Palle Mikkelborg, that unmistakable guitar cuts its swath through the swells and squawks of “Circles,” on through the trembling “Men Of Mystery,” and ending on the delicate considerations of “Speil,” where kaleidoscopic keyboards abound. Standouts include the title track, where Christensen’s melodic sensibilities shine forth and Rypdal’s solos brand themselves into our hearts like the icy stares of advertising icons in Blade Runner, and “Innseiling” (Approach), a masterful slice of transcendence that guides Mikkelborg to glorious heights. With every change of light, bright resolutions and shadowy recollections are revealed, betraying the raging fire behind its glacial surface.

An elegy in emotional unrest, Descendre is a must-have for any Rypdal veteran and greenhorn alike. Like its title, it descends with every sonic verb, reminding us that conjugations never end.