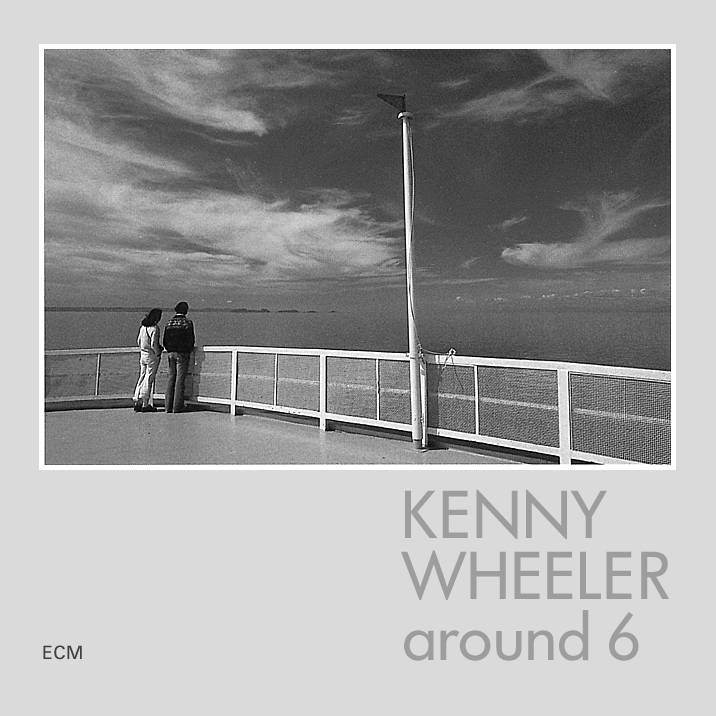 For his third ECM outing as leader, Kenny Wheeler offers up this set of six originals among some of the finest support ECM had to offer at recording time. The reed-work of Evan Parker in particular proves to be a prophetic addition to Wheeler’s rounded edges.

Like the wordplay of first cut (“Mai We Go Round”) the album as a whole is twice removed: once from the immediate expectations born of past projects, and once more from the often earthly shapes of those projects. This time around, Wheeler is happy to tiptoe over the clouds, reaching for the sun that illuminates their cauliflower topsides. A pliant intro urges us down the rhythmic paths of Jean-François Jenny-Clark (bass) and Tom van der Geld (vibes), along which Wheeler crafts the tenderest of songs. At heart a lullaby, it is lively on the surface, so that we always remain half awake, our eyes glazed by an interest in the musical moment. All of this stretches a diffuse canvas across which Parker splashes the enchanting wisdom of an aurora borealis in fast forward. After this dip into limpid waters, Wheeler breaks out the gorgeous ”Solo One.” Floating on a studio echo with great care, his tone is tender yet immovable, and moves like a human body after an epic recovery. “May Ride” lays another solid foundation between bass and vibes and the subterranean patter of Edward Vesala on drums. Wheeler stays fairly centered, letting out the occasional squeal, and sets up a fantastic solo—one of the album’s best—from trombonist Eje Thelin. After a few doodles from the horns, “Follow Down” unfolds in a parabolic blade, thereby tilling a nutrient-rich soil for Parker’s brilliance. Vibes curl their reverberant fingers alluringly along the edge of our attention before horns and arco bass fall into line. A splash of water dispels our reveries in the propulsive “Riverrun.” Wheeler and Thelin swing from every branch with an unwavering sense of play, granting Vesala a few moments in the spotlight before ending tenderly, conservatively, with the ballad “Lost Woltz.”

A lush and consistent album, around 6 takes on a life of its own with every listen, and deserves a place in any self-respecting jazz collection.