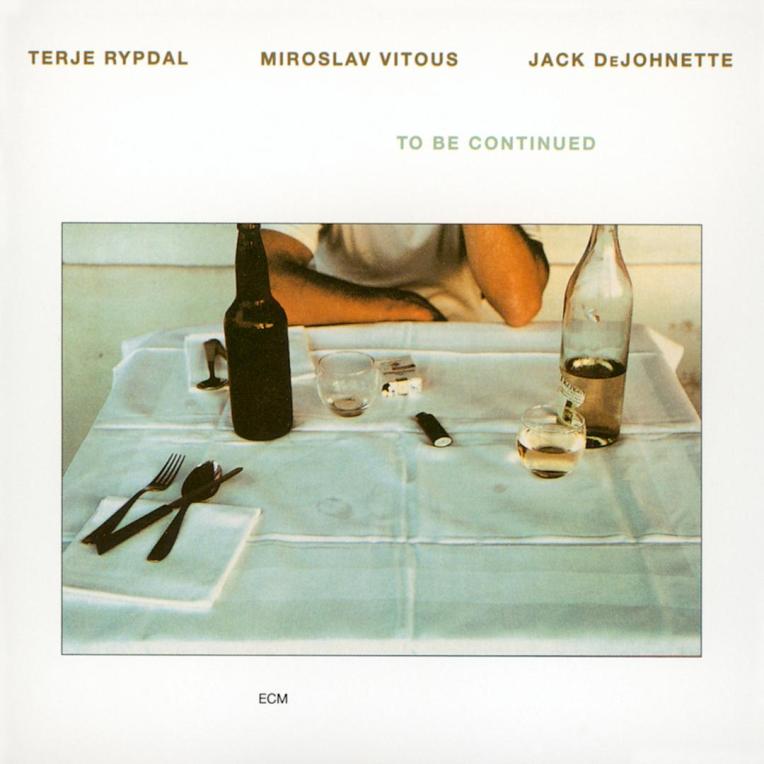 Nearly three years after their first collaboration, Terje Rypdal, Miroslav Vitous, and Jack DeJohnette unwrapped the ghostly sunset that is To Be Continued. The most spine-tingling moments therein thrive at half the speed of life. The intensities of “Maya” must be heard to be believed, for in them we see the night sky in negative image. Likeminded pulchritude prevails in “Topplue, Votter & Skjerf” (Hat, Gloves & Scarf), easily one of Rypdal’s most awesome committed to disc. His hands fade as soon as they are laid, leaving only the trace by which he elicits every note.

Don’t be mistaken, however, in thinking this is another lazy morning session. Rather, it dances to the tune of DeJohnette’s propulsion in “Mountain In The Clouds,” to say nothing of Vitous’s fanciful colors in the title track. For “This Morning” in particular, crosshatched by electric bass and flute, DeJohnette seems to want to draw the others into more finely grained conversations, only to get pixilated versions thereof. Yet these unformed images allow us to supply our own dreams, so that by the time we reach the haunting “Uncomposed Appendix,” in which he sings with and through his piano, we are already converted.

Though the album is brimming with sharp production and electronically enhanced instruments, there is something purely elemental about it. Its stew of metal, wood, and air wafts like the scent of plane trees in summer and leaves a taste of copper in the mouth.

2 thoughts on “Rypdal/Vitous/DeJohnette: To Be Continued (ECM 1192)”