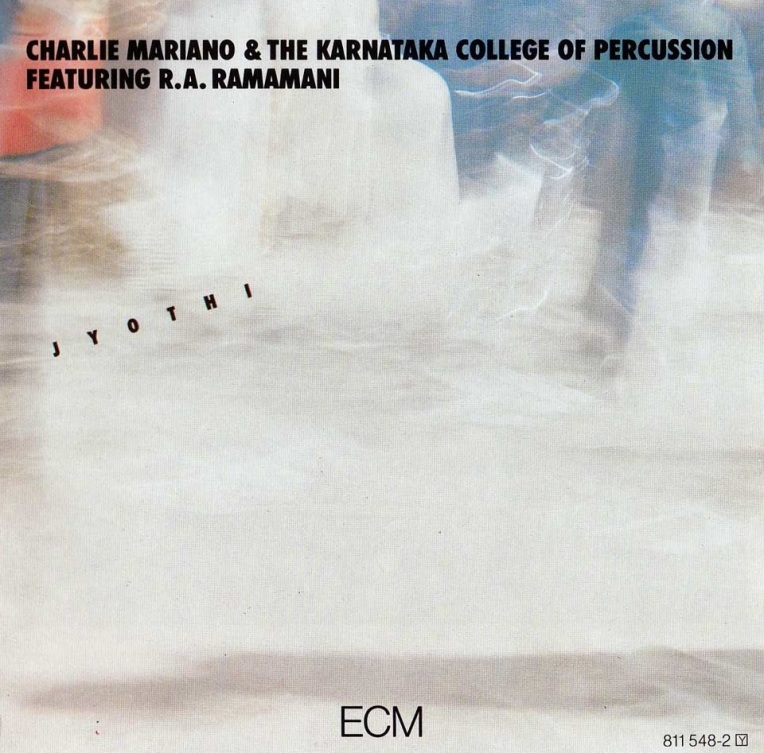 Since 1964 the Karnataka College of Percussion has been committed to its mission of expanding awareness of Indian Classical (especially Carnatic) music. Part of this outreach has involved a number of jazz-oriented and fusion projects through which the institution has spread its affirmative message. Thus do we come to this intriguing, if seemingly forgotten, collaboration with American saxophonist Charlie Mariano, who left us in 2009 at the age of 86. The result is a fluid and respectable blend of cultural signatures that transcends any ties to genre in favor of a purely emotive experience. The voice of R. A. Ramamani figures prominently, as in the ruminative opening track, titled simply “Voice Solo.” She traces long stretches of landscape, one hill at a time, where the dry rolling plains offer up their secrets for the reward of rain. Her prayers are bifurcated through overdubbing, lending both a smile and a promise to the title. In this diffusely lit portal we find only further portals. In “Vandanam” we are regaled with tales of old by Mariano’s rolling flute, gilded by the pleasant jangle of the kanjira and mridangam. Ramamani’s ululations walk hand in hand with flute for a unified sound. “Varshini” and “Saptarshi” are smooth and graceful spaces in which voice is both cause and effect. Mariano’s soprano is a voice in and of itself, caught in flurries of percussion and passionate resolutions. These lively stops give way to the interweaving lines of reed and voice in “Kartik,” which closes on some transportive drumming from T. A. S. Mani on mridangam. Lastly is “Bhajan,” featuring doubled voice and a palpable communication with the beyond. As the drums anchor us, so too do they spring forth to those less definable stretches of land, where only the human voice can wander in its ephemeral laudation, threaded by the twang of the morsing (Indian jaw harp) and dancing a slow and careful surrender.

Without neither pretension nor ulterior motive, Jyothi is a delicacy in the ECM catalogue and a careful coming together of thought and performance to be taken as it comes…and goes.