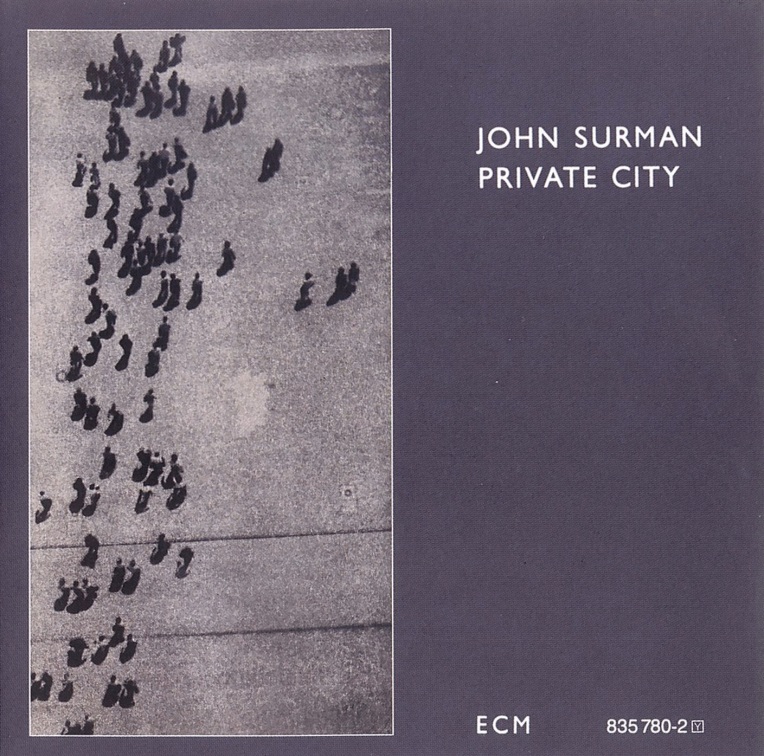 If the title of Private City comes about as close as one can get to describing the sound-world of John Surman, then that of its first piece, “Portrait Of A Romantic,” does the same for the man behind it. Its quivering recorder blankets us in warmth, fully realized by an electric piano and bubbling as the waters in a forgotten loch. A bass clarinet swims, a creature of myth remembering a time when its kind were plentiful. Thus begins this widely regarded album of incidental ballet music that remains one of Surman’s most personal. The recorder returns, an elusive and mythic voice, “On Hubbard’s Hill,” calling forth steady electronics from the depths of its own dreaming, leaving us to look out on all we’ve done. The familiar sequencer shows its face in “Not Love Perhaps,” climbing itself like a self-generating ladder and carrying with it a sacred form of déjà vu, in which time is but a loop within the heart of learning. Surman’s soprano moves with the grace of a traditional melody that has only now come to the surface of our audible history. “Levtitation” is exactly what he accomplishes with an unwieldy instrument like the bass clarinet. As it splinters into myriad offerings beneath a pregnant moon, an “Undernote” bobs on a current of its own regret. “The Wanderer” is another watery piece, that beautiful soprano melting over a wavering ground of synth lines and bass clarinet, and ending on a distant fanfare. The swaying “Roundelay” exemplifies Surman’s limitless talents, as well as the purity of his notecraft. Led by a fairy-like soprano, it feels like ice-skating along an infinity sign set to music. Last is “The Wizard’s Song,” the album’s crowning jewel, showing us again the inimitable delicacy with which its composer approaches the lower, neglected reeds. Like the ending credits to a movie that lives on even after it is done, the effects keep scrolling in our heads, wandering the darkness until they have reached the private cities inside all of us.