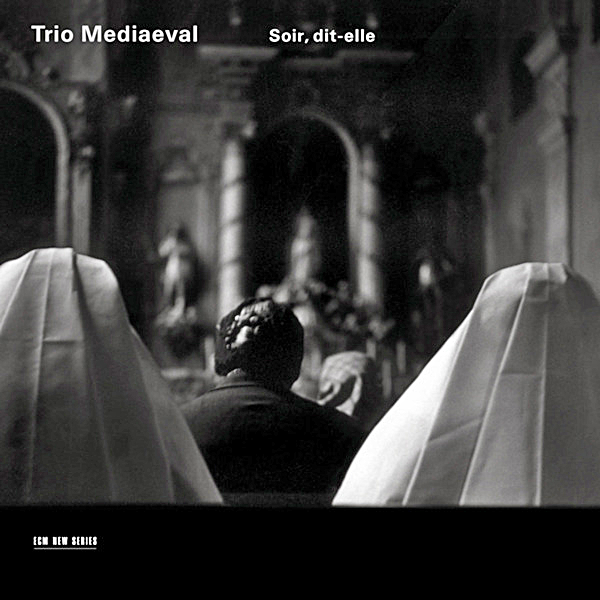 The music on this, the second album from the Trio Mediaeval, represents 500 years of creation. And yet, as John Potter notes, “in a sense it is older than that, tapping into the continuing present—a timeless present, perhaps—that is what medieval music means to us.” These three Scandinavian singers have done so much for the music they touch, and in turn British composers Gavin Bryars, Ivan Moody, Andrew Smith, along with Ukrainian Oleh Harkavvy, have nourished that sound with newly fashioned music of their own. At the heart of these dedicatory contributions lies the Missa “Alma redemptoris mater” of Leonel Power (fl. 15th century). The mass is a fine example of early Renaissance polyphony and through the Gloria alone expresses a cathedral’s worth of light and shadow. The tonal qualities of the singers and the sung are luminescent, all coming to a flowering head in the visceral Agnus Dei. Power’s music comes to us in spite of Henry VIII’s Dissolution of the Monasteries, thereby speaking to us all the more lucidly through a history that might have silenced it. Its clarity is as pervasive as its texts and forms a warm framework through and around which the women of Trio Mediaeval weave their artfully conceived program.

Plainchant is the inhalation and exhalation of Harkavvy’s Kyrie (2002), as of the program as a whole, which unfurls bursts of polyphony in its pores. From ashes to flesh and back to ashes, it paints a tableau of life in barest terms, exceeded in simplicity only by the solo laude of Bryars, who also aligns all three voices in his stilling Ave regina gloriosa (2003). The Ave Maria (2000) and Regina caeli (2002) of Smith expand upon the gorgeousness of these horizons, again inscribing broad mosaics of faith with minimal vocal borders. Only when we get to Moody’s The Troparion of Kassiani (1999) do we find ourselves wrapped in a more detailed cartography. Its shifting microtonal harmonies, evocative textual phrasings, and resplendent highs cut to the core of the singers’ art. Moody also offers the pinnacle of this disc in his 2002 composition A Lion’s Sleep, if only because it seems to draw upon the Trio’s talents most intimately.

In light of the above impressions, however, I am wary of treating the album as anything but a unified whole. Like all Trio programs, it is structured like a stained glass window, each section having been soldered into place with great individual detail, but which comes to vibrant life when vocal light shines through it. Only then does the image tell its story, share its moral lesson, and open its wings to an understanding of vibration and sound that is as constant as the sun in its veins.