Imagine yourself as the protagonist in poet Heinrich Heine’s Ich wandelte unter den Bäumen (“I wandered among the trees”). You’ve been wandering through a forest, your only companion grief over an unrequited love. Suddenly, a “little word” flittering in the trees, a simple utterance that pulls the wool of the past over your eyes. You wonder how the birds know it, why they torment you so. They sing:

“A young woman once passed by,
She sang it again and again,
And we birds snatched it up,
That lovely gold word.”

You feel the sparkle, ironic and stabbing, of every rounded syllable. You are pressed by the weight of their diction. Only then do you realize that you’ve been sitting in a concert hall with a flock very much of your kind. The voice comes not from the trees but from English tenor Ian Bostridge, who looms almost as tall as one, onstage at Cornell’s Bailey Hall.

Although Bostridge started out as an aspiring physicist who also wrote a seminal book on witchcraft before devoting his life path to singing in 1993, his audiences would be the last to refute that his command of, and interest in, either physics or witchcraft has waned. To wit, his accompanist of choice for we fortunate Friday few was Julius Drake. An in-demand recitalist and professor at London’s Royal Academy of Music, Drake maintains an alchemical interest in Robert Schumann and in German lieder, or art songs, both of which fuse together via the composer’s setting of the poem above, one of nine by Heine in the op. 24 Liederkreis (Circle of Songs). Written in 1840, a period known as his Year of Song, the cycle bears dedication to his wife, Clara. Despite its passionate origins, the Liederkreis tends to fall by the wayside of Schumann’s monumental Dichterliebe, though one can hardly deny the mastery with which piano and voice share their creative duties in both. Schumann blends folk idioms and a flair for the programmatic, into which Bostridge and Drake pour over twenty years of collaborative experience.

During this performance it was clear that for Bostridge the sounds of words are as important as their meanings. Throughout the Liederkreis and the quartet of Dichterliebe apocrypha that preceded it he fashioned a living, breathing persona that was as chameleonic as the sentiments he so punctiliously enunciated, while Drake matched his depth gesture for gesture. Both artists found themselves surpassed only by the lyricism of Schumann, whose adorations blossomed before our ears in the passions of Lehn’ deine Wang’ (“Rest your cheek”) and the sweetness of Berg’ und Burgen schaun herunter (“Mountains and castles look down”), the latter contrasting starkly with the morose Es treibt mich hin (“I’m driven this way, driven that”), the fiendish difficulties of which Bostridge navigated with apparent ease. Artistic witchcraft was also in order for Mein Wagen rollet langsam (“Slowly my carriage rolls”), during the middle stanza of which he sang an internal thought as if it were his own. Not to be outdone, Drake’s pianism cast its share of enchanting spells, as in the brightness of Morgens steh’ ich auf und frage (“Every morning I awake and ask”) and the chromatic sweeps swirling like smoke from a breeze-blown candle throughout Mit Myrten und Rosen (“With Myrtle and Roses”).

While Bostridge and Drake were obviously comfortable with Schumann, much of the evening’s treasure was buried in the relatively uncharted maps of Johannes Brahms, in whose poetics they steeped the program’s first half. With a life-affirming, if not transformative, energy Brahms’s songs made for a fitting introduction to anyone not familiar with the lieder tradition from which he is so often excluded, typically dominated as it is by Franz Schubert, Hugo Wolf, and Schumann himself. For one, he favored the words of “minor” poets—a downfall in an art built from the text up. This and his disinterest in grand cycles pegged him as something of an outsider. Yet Brahms saw no necessary correlation between great music and great poetry. Each was its own melody. As with Schumann, whom Brahms much admired, folk motifs were an important touchstone and sometimes led him boldly where his contemporaries dared not tread. 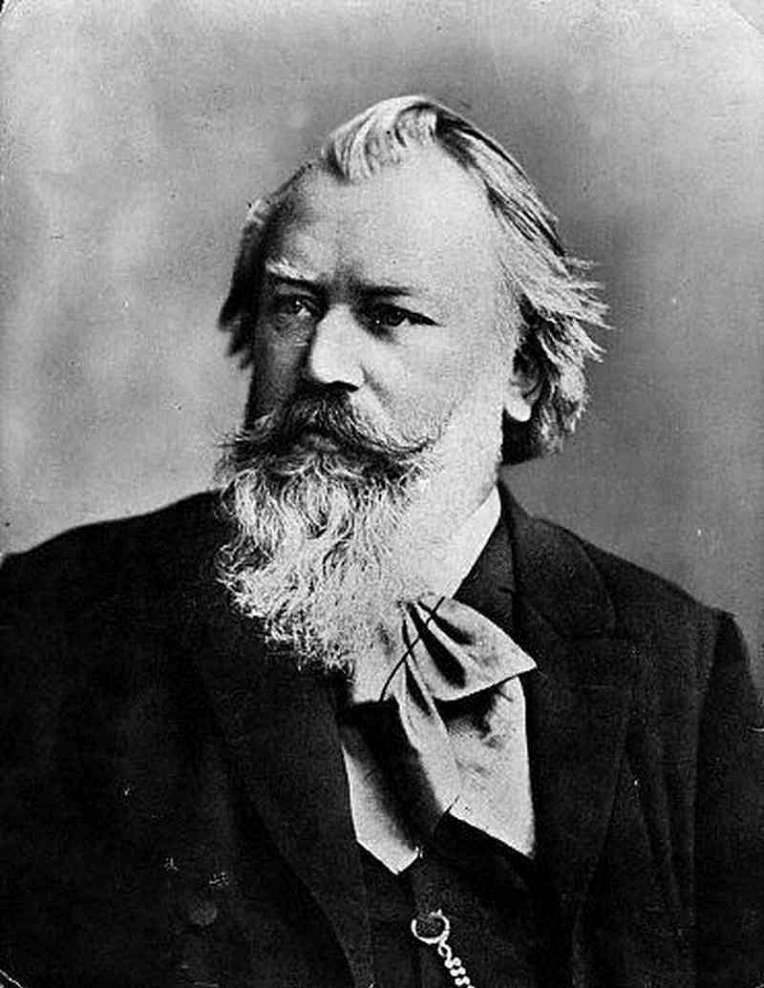 His was, and continues to be, a music filled with worlds that don’t so much collide as pass through one another. From the mighty gales of Auf dem Kirchhofe (“In the churchyard”) and on through the Chopinesque backcloth of Der Gang zum Liebchen (“The way to the beloved”) to the raging seas in Verzagen (“Despair”), the pianism was of a vastly different order, with the result that Bostridge pushed himself to engage every facet of its relief. This resulted in an unexpected hiccup during a high reach in Geheimnis (“Secret”). Yet even this did nothing to detract from what was for this listener the most awe-inspiring song of the program (if anything, it broke a tension that threatened to sweep us away entirely), and may explain the marked determination with which he dove into the set’s most turgid waters—notably, Alte Liebe (“Old Love”) and O kühler Wald (O cool forest).

Due perhaps to Brahms’s rich keyboard writing, Drake’s interpretive nuances were most effulgently realized here. He was at once impressionistic and exacting like a carver’s tool, but always playing the words at hand. The lushness of chording in his right hand atop the rising arpeggios of his left in the concert’s opener, Es träumte mir (“I dreamed”), assured us that the best accompanists also know how to sing. Bostridge was reverently aware of this. One could see it in the way he looked into the distance between verses, as if watching the Steinway’s notes mingling with his own over the horizon. He interacted with the piano, now resting on it like a poet’s tree, now at an intense moment breaking free from its pull.

Oftentimes the more careful one is, the more conservative one becomes. In the case of these two performers, however, care seems to have bred nothing but expressive potential. In this respect Bostridge sings as might a Shakespearean actor surrender to a soliloquy—which is to say, by stepping outside the self and into the landscape of another space and time. His ego flees like the poetry from his lips, even as he shows us the vitality of the body in the singing of lieder, its centering and de-centering, its bows and cringes, and in all the winged commitment required to make every syllable fly. Drake, meanwhile, proves himself supremely attuned to every color change, and stands respectfully poised on the edge of drowning. He listens to the voice just as the voice listens to itself, intoning with the wavering realism of a reflective surface.

We return to Heine, in whose beauties we find ourselves lost:

In the magic garden wander
Two lovers, silent and alone;
The nightingales are singing,
The moon is shimmering.

So sings the now familiar voice, no longer birdlike but nonetheless profoundly arboreal. Bostridge takes us fearlessly into that garden and shapes its flora and fauna, each more magical than the last for the Midas touch of his vocal presence. Said garden is his gift to us, a place to which we can always return when remembering this night.

(See this article in its original form at the Cornell Daily Sun.)

2 thoughts on “A Walk in the Magic Garden: Bostridge and Drake Bring Lieder to Bailey”