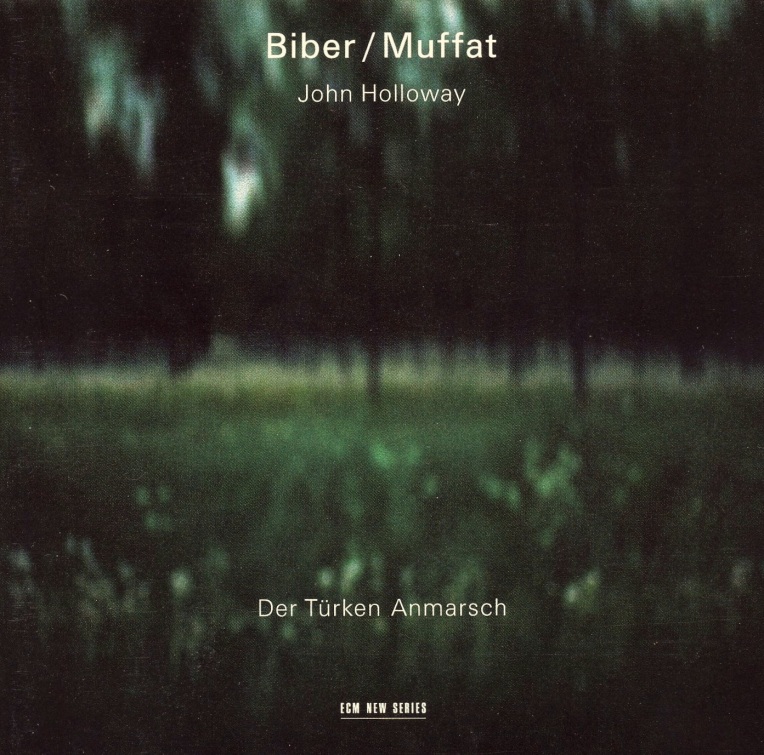 Many of the musicians we know and adore come to us only through recorded media. They step into a studio, bear their souls into a digital void, and send the results out into a world of ears. These blessed creators may seem immortal to us, for even when their bodies are gone they continue living through the art they have gifted to humanity. Such thoughts weighed on my mind when I first listened to Der Türken Anmarsch, for in addition to signing off a fourteen-year project by baroque violinist John Holloway to engage the fascinations of composer Heinrich Ignaz Franz von Biber (1644-1704), it was the last recording to feature Holloway’s wife, organist Aloysia Assenbaum, who along with harpsichordist Lars Ulrik Mortensen fashioned the most distinctive continuo in Baroque music.

My first Biber encounter came via Monica Hugget’s phenomenal Birds, Beasts and Battles recording on Channel Classics. I was immediately enlivened by its bold strokes and programmatic flair. Yet for this program, Holloway and company offer us five sonatas by the Bohemian-Austrian master in a more devotional vein, along with another by contemporary Georg Muffat (1653-1704). The former’s Sonata “Victori der Christen” in A minor sets the spiritual tone, through which shines the depth and complexity of his faith. Its ebb-and-flow energies enchant from the first. Here, as throughout, the rich continuo hovers like an energy waiting to be unleashed in the overflow of trills that spills from the violin’s gut strings. The remaining four Biber sonatas are culled from his 1681 Sonatae Violino solo. The opening birdcalls of the Sonata I in A major take full advantage of the scordatura so favored by the composer. Rocking a fulcrum of speed and lethargy, it explores modes at once Monteverdian and ahead of their time. The D-dorian Sonata II showcases Holloway’s dynamic range, as in an early passage for which his playing blends so well with the organ that a ghostly, clarinet-like overtone is created. The Sonata V in E minor has by far the most attention-grabbing introduction of the set. Like its cousins, it alternates between slow and fast, never staying in one mode for too long and thereby emphasizing merits of both. Biber’s melodic lines are always so flexible. They circle, splitting themselves into leaders and followers, ascending and descending as they do in the A-major Sonata VIII, which scales a hilly landscape into the roiling plains of Muffat’s Sonata Violino solo in D major. Its stunning melodies sound at first familiar, only to carry the secrets of places lost to us. It is both the end of its own cycle and of the album as a whole, a masterpiece truly on par with Biber’s unflagging virtuosity and inventive embodiments.

Holloway deftly mixes styles and tones, at times getting a rustic sound out of his D string while soaring effervescently on the E. Yet what ultimately makes him such a consummate performer is that, unlike some, who despite their great talents tend to embellish to the point of distraction, he brings something raw and unfettered to his studied approach, which is only intensified through the somehow gentle ferocity of his style. When we hear someone like Holloway we can truly appreciate the amount of embellishment already encoded into the music of this richly productive era. And when Assenbaum unfurls the final carpet as faders escort the music on its way from the chamber, we can take comfort in knowing that through such vital recordings as this the art of her and others like her will live in our hearts and minds so long as music is loved.