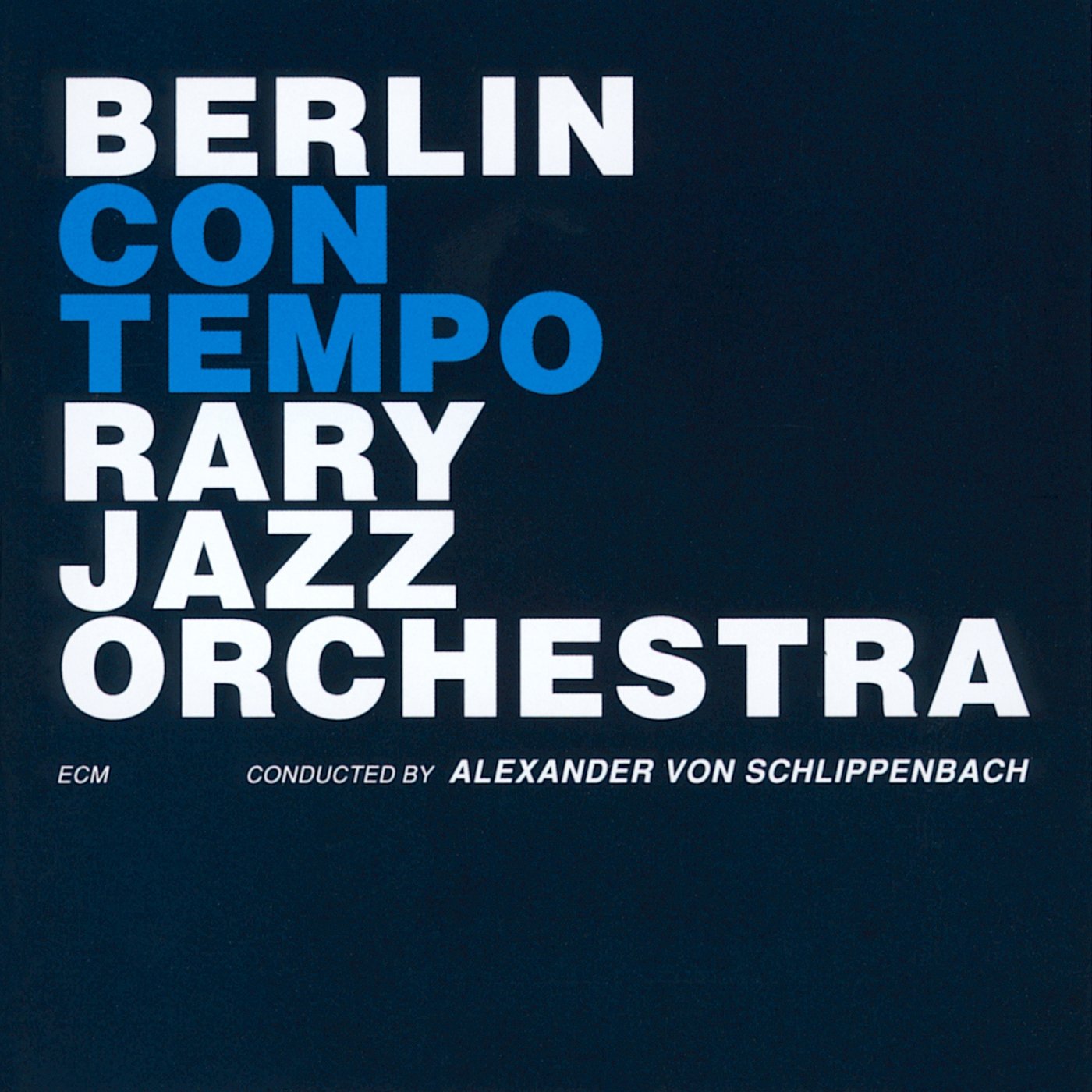 The Berlin Contemporary Jazz Orchestra was begun in 1988 as the brainchild of Alexander von Schlippenbach. A decorated composer and student of B. A. Zimmermann, Schlippenbach is perhaps best known as the founder of the Globe Unity Orchestra, which spurred the 1960s jazz scene into the first of many influential phases. This self-titled album is the BCJO’s group’s debut, recorded when the outfit was all of a year old, and features a stunning array of musicians, including trumpeter Kenny Wheeler, reed man and flutist Gerd Dudek, baritone saxophonist E. L. Petrowsky, bass clarinetist Willem Breuker, and pianist Misha Mengelberg.

The set is a triptych of moods and configurations, of which the first, Ana, comes to us from the mind of Kenny Wheeler. From the somber piano intro, one might think a Keith Jarrett solo concert was in store. This illusion is quickly banished by the wealth of instrumental forces at hand. With horns taking the upper range and arco bass the lower, drums ride the outer circle while a hefty trombone strings along some rounded hits from the band. Between the deftly woven brass tapestry and beautiful solo turn from pianist (and wife of Schlippenbach) Aki Takase, Wheeler dominates the solo-sphere —that is, until Petrowsky’s tenor throws some much-needed fuel into the fire. This slides into an upbeat bridge before ending on a free-for-all and a sparkling piano flourish.

The album’s remainder was penned by Misha Mengelberg, whose keys can be found poking their thoughts here and there. The conventional horn intro of Salz wipes the blackboard clean for the frantic bass clarinet lessons of Willem Breuker—who, along with Petrowsky, is one of the group’s shining stars—and the composer’s own frolicking pianism. Another of the album’s best solos resides herein, this time from the tenor of Dudek, who also threads in a few lines of flute.

The lightly syncopated vertigo that welcomes us into Reef und Kneebus promises the album’s best engagements, but instead turns into an over-long meander between a few stellar points. Wheeler, though, is as engaging as always, and the swing comes back into the picture toward the end. This final piece plays more like a series of unrelated vignettes and feels a touch out of place.

This is a full recording, one that accentuates the breezy rhythm section and keeps the brass well separated. The band blows free and easy and tries its best to keep us out of the compositional rut with some freer gesticulations. A respectable outing that could have stood to be spun blindfolded a few times and loosed unaided, but which nevertheless balances its conscious progressions well.