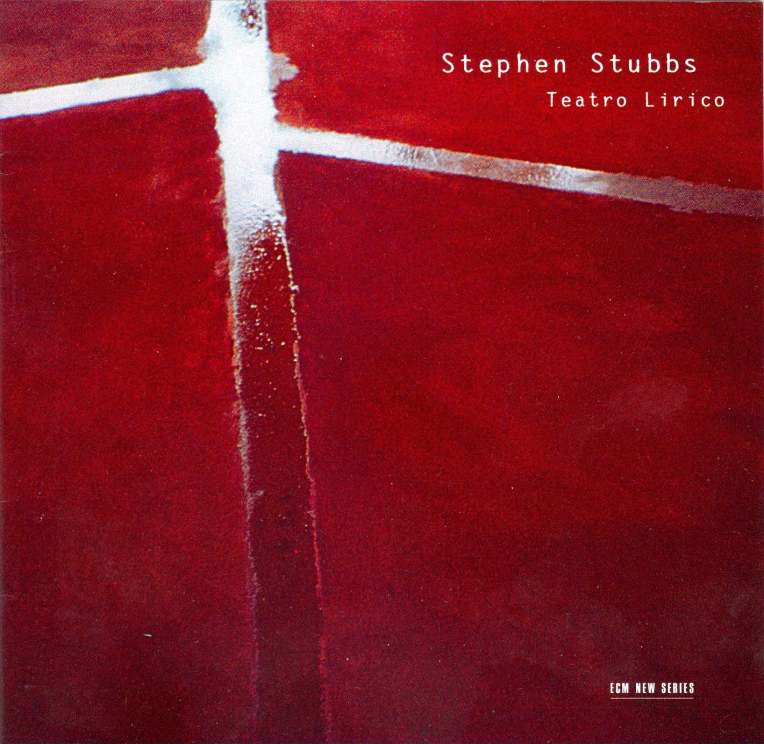 After his successful collaborations with John Potter’s Dowland Project, American lutenist Stephen Stubbs at last leads his own ensemble with Teatro Lirico. The resulting efforts seek to express the completeness and spiritual heights of the human voice. His medium thereof on this particular album is “La Folia” (a dance and chord pattern popularized in the sixteenth century, connoting madness and empty-headedness through an improvisational and virtuosic aesthetic), the Italian Sonata, and a nod to more obscure Slovak sources.

Whereas an album like Rolf Lislevand’s Diminuito is the spirit of a trope, Teatro seems the spirit of an age. Like an age, its borders are as porous as the politics of those who delineate them, yet at the same time their very arbitrariness gives us insight into the larger meanings we may ascribe to them. Sonatas by Arcangelo Corelli on the Folia theme form the backbone of the adventurous program. As a trope, the Folia tends toward the cyclical in its musical progeny, so that the first of two group improvisations to follow taps into its intertextuality, finding within that delicate balance of intent and creative expression an ideal way to understand its architecture. The variations for harp and Baroque guitar speak to this same instinct, each variation an expression of infinitude.

The harmonic tensions of Giulio Caccini’s 1601 Amarilli, mia bella take on an even greater significance when played out against such wellsprings of free expression. One can almost hear the singing that inhabits the background of pieces like the Adagio from Maurizio Cazzati’s Balletto Quarto, in which the retraction of lead and bass lines reveals vast content. The meat of this fascinating journey comes in the form of Carlo Farina’s Sonata Seconda detta la desperata for violin and continuo, which bristles with Biber-like quality. That same sense of compressed drama (from an age in which the musical universe needed only a chamber to find purchase) reveals the visceral plenitude of every instrument. Thus heard, seen, and felt, their voices can live again. It all comes to a head in a Suite by Johann Caspar Horn from an anonymous Slovak manuscript before ending with Arpeggiata a mio modo (2004) in a loom of threads, sounding almost like a Gustavo Santaolalla dirge.

The performances on Teatro Lirico are impeccable, enhancing the lute’s newness at every turn—which is precisely why an album of Renaissance finds its way onto ECM: the here and now is what it’s all about.