Late saxophonist Elton Dean (1945-2006) was notable not only for his finely separated fingering and smooth alto playing, but also for giving due attention to the saxello, a soprano variant which has in recent years seen a comeback in production. Sounding like a cross between its cousin and an English horn, its tonal possibilities give this JAPO session a freshness that has a ways to go yet before its expiration date. From 1966-67, Dean played sideman to singer Long John Baldry in the British R&B outfit Bluesology. Incidentally, the band’s piano man, Reginald Dwight, would borrow from Dean’s and Baldry’s names to create a new stage persona as none other than Elton John. As for Dean, he would go on to make a name (keeping his intact) for himself as saxophonist for the Keith Tippett Sextet, Soft Machine (for which he is perhaps best known), and a string of his own groups. The quintet featured here was among the freer of the latter incarnations, and included Tippett on piano and marimba, cornetist (and fellow Soft Machinist) Mark Charig, bassist Marcio Mattos, and South African drummer Louis Moholo. 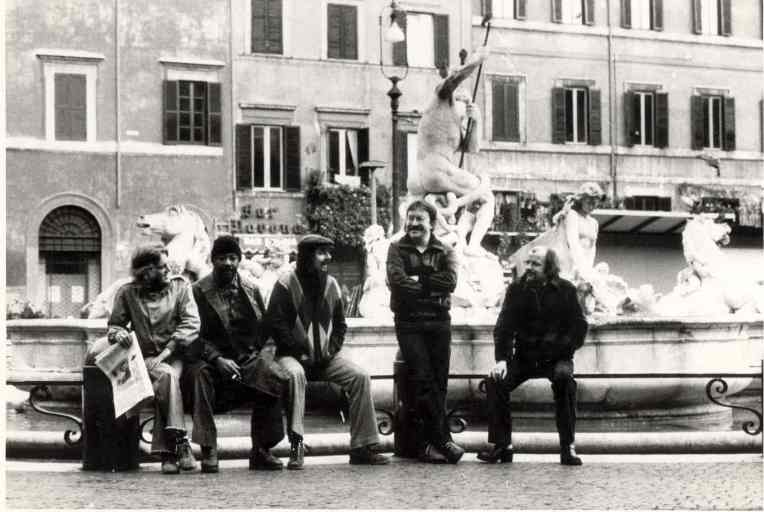 Dean takes on all composing duties, save for the group improv “Out Of Bounds.” This one is their creed. Between Tippett’s mysterious vocals and his marimba’s sprightly appearance (its only of the set) to the fantastic puckering from both horns and Mattos’s flint sparks, there’s much to savor. Yet it’s the title track that welcomes the album’s weightiest theme. Saxello and cornet make a piercing duo in this wide rubato river, as they do in the concluding “Fast News,” which, though primarily a cascading pianistic excursion, goads the listener upstream. Said aquatic qualities crystallize, appropriately enough, in the impressionistic “Oasis.” Each cymbal tap is a glint of sun across the selfsame surface. Mattos stumbles to the edge and lowers lips to drink, only to be met by the saxello’s mocking reality. These sere awakenings come to head during the final showdown between survival and stasis, sinking in quicksand with choices intact. The hope we seek comes to us through a glass darkly in “Basho,” which, if not named for the famous Japanese itinerant, at the very least instills a poetry all its own. Again Dean is the leading voice, turning all sorts of somersaults to earn his keep, while Charig gets some face time in the latter half: frayed and shining gold.

The playing on the whole is robust and centered, though Tippett’s sparkling pianism stands out—all the more so for the crisply engineered recording. You certainly won’t find much in the way of swing, however. Each cut sounds like an introduction to a piece that never materializes. This doesn’t mean the music is ill formed. Rather, it emphasizes the openness of its emotional tact. My one complaint is that Charig isn’t given more airtime. He’s clearly an emotionally charged player, but it’s Dean who dominates the scene. Thankfully, both are so arresting that it ultimately matters little. Quality reigns.