There is nothing like a heaping helping of Beethoven to cap off a prodigious concert season. That was just what we got on Friday night when the Swedish Chamber Orchestra, under the baton of Thomas Dausgaard, took to the Bailey Hall stage. Between the sweet concentrate of the Coriolan Overture and the unprecedented volume of the Third Symphony, there was much to savor. Like the spring weather that has finally waved its magic wand over the fertile Ithacan landscape, it was a veritable flowering of activity.

The overture revealed an orchestra blessed with just the panache and dynamic control required of any Beethoven interpreter. The piece contains two themes, one in C minor (representing the tenacity of its eponymous protagonist, an ancient Roman leader) and the other in E-flat major (representing the forlorn mother who shuns his bloodlust). The latter theme set the tone for the night, not only in spirit but also because the remaining works on the program followed the same key. The smoothness of execution was top-flight, achieving heartrending contrast between tense string arpeggios and recurring cinematic sweeps of battle.

In addition to superb control of dynamics and tempi, the players of the SCO found delightful traction in Dausgaard’s programming. In this regard, closing with the unwieldy “Eroica” symphony was a reflective choice. Not only did it embolden the exploits of Coriolanus with its martial overtones (the piece originally bore dedication to Napoleon Bonaparte), but it also transcended its political wrapping into the variegated gifts within. Long even for its time, Eroica feels even heftier in this age of quick sound bytes.

Notable are the three French horns, whose golden blasts resolve a brooding funeral march in the second movement and whose hunting calls add punch to an already agile scherzo in the third. Yet it was the first and closing movements that honed the orchestra’s deeper talents. Following intermission, Dausgaard (who conducted the symphony without a score) was barely on the podium before a swing of his arms threw us headlong into a storm of intense, restrained energy. Moving between the ethereal and the worldly at the flick of a bow, the strings never strayed into melodrama, and the wind section maintained admirable footing throughout. 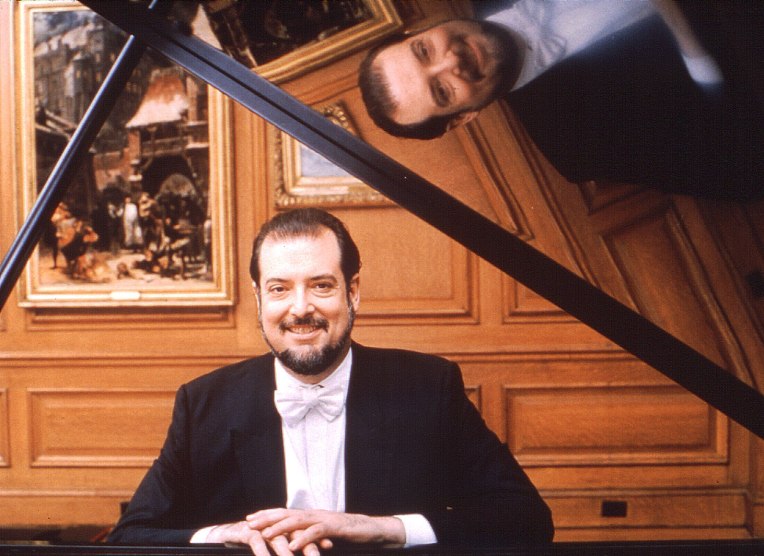 Yet the concert found its brightest star in Garrick Ohlsson, whose appearance spiced the meat of this classical sandwich at program center. A student of the late Claudio Arrau, the White Plains, New York native has since grown into one of our generation’s most elegant pianists. His poise and range at the keyboard were immediately apparent as he engaged the SCO in the exchange that opens Mozart’s Piano Concerto No. 9. Written when the composer was just 21 years old, it bears the subtitle “Jenamy,” so named for the daughter of a dancer whom Mozart befriended in 1773. Sure enough, dance was just what Ohlsson’s did as they navigated the tireless runs and trills (a highlight of his playing) so profuse throughout the opening Allegro. The contrast between his gritty left hand and airy right in the cadenzas was nothing short of remarkable. After the almost funereal sublimations of the Andantino, the concluding Rondo made for a flourish to remember. That Albert Einstein once referred to this piece as “Mozart’s Eroica” was no coincidence. Its scope and focus were comparably arranged. Both made for exciting performances.

“These days we like everything to be local,” said Ohlsson, who addressed the audience by way of pouring a sonic aperitif to the hefty concerto. He lamented not knowing anything by an Ithacan composer, but settled on The White Peacock by Charles Griffes (1884-1920) from nearby Elmira. Perhaps his most well known piece, its Gershwin-like swirls and touches of French impressionism made for a competent and programmatic detour. As if to carry over the feeling of dancing, the SCO closed the concert properly with “Wenn so lind dein Auge mir” from Brahms’s beloved Liebeslieder Waltzes. And with that, we were taken.

(See this article as it originally appeared in the Cornell Daily Sun.)

2 thoughts on “A Dance of Strings: Sweden’s Premier Chamber Orchestra Takes on Beethoven and Mozart”