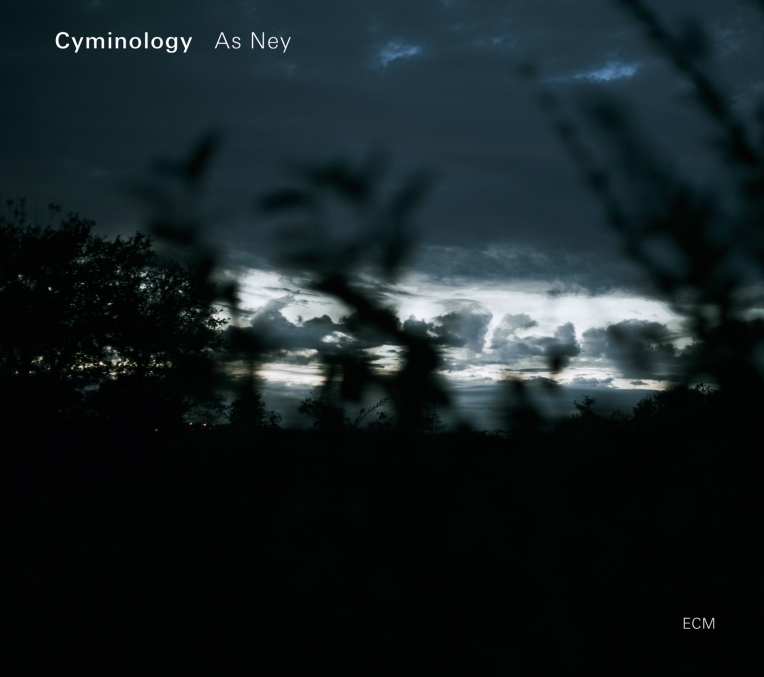 When the title track of As Ney wraps around your heart, there’s almost no need for words. Piano and voice are locked, cymbals raining down in a sprinkle of fairy dust at the periphery of a magic circle. The feelings seek us out, like the bass that coats the band’s delicate tensions with gold. Incantations become translucent, inserting coins into an offering box that resonates with song. Spinning that song is Cymin Samawatie, vocalist and leader of the group Cyminology, which makes its ECM debut here. Samawatie draws on her Iranian heritage and the poetic tradition it embraces, touching vital pressure points at the 13th (Rumi) and 14th (Hafiz) centuries, while also building her own. Another vivid influence is Forugh Farrokhzād, the iconoclastic poet and filmmaker of Iran whose overtly female-centered voice forever transformed the face of Persian verse.

All of this she splashes through the prism of a fresh trio of improvisers. Vital to the group’s sound is Benedikt Jahnel. The Berlin-based pianist is a welcome addition to the ECM fold, having more recently released the groundbreaking Equilibrium, and brings that same open approach to the rhythms of Samawatie’s ruminant canto style. New Delhi-born drummer Ketan Bhatti is even more linguistically inclined, taking inspiration from the text and the moment in equal measure. Completing the circle is bassist Ralf Schwarz, the keystone of this sonic archway.

What begins in “Niyaayesh” as dry land is, by the final “Ashkhaa,” a raindrop turned ocean. Every lap of wave becomes an ephemeral scale on the earth’s thirsty skin, a wish fulfilled through its disappearance. The road to getting there is riddled with dreams, some clock-like (“As Ssafar”), others halting (“Sendegi”), and still others brooding (“Por se ssedaa”). At their core is the triptych “Kalaam/Dassthaa/Delbasstegi,” which dovetails forces in rich synergy, every word the rib of a fan between which the instruments are sketches of webbing, amorphous yet firm. The keyhole into each new section opens by breath.

Despite the woven textuality of As Ney, “Naagofte” is Cyminology at its purest. Its aquatic wordless vocals nonetheless convey a story, a rite of passage from sober to possessed and back again. The melody is life, such that when words flip their pages toward the end in guise of morning light, they simultaneously caress the dead. Such border-crossing power is Samawatie’s forte. Without her, the shadows overwhelm. Why follow your eyes, she seems to ask. Let the echo be your footpath.

As Ney promotional video (in German):