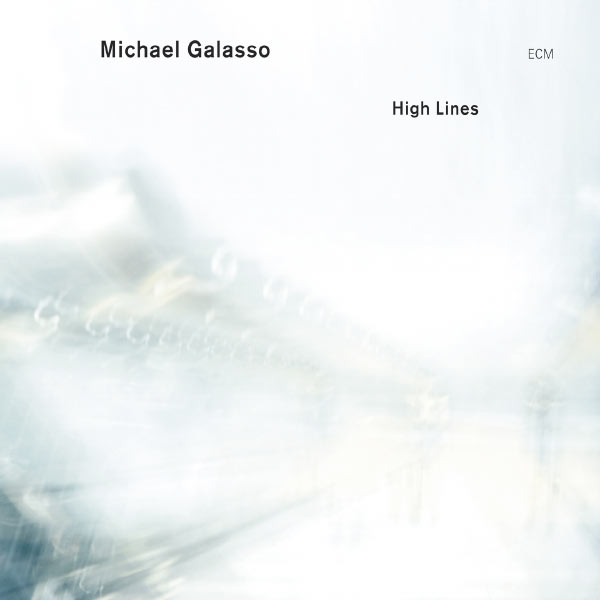 The late violinist-composer Michael Galasso—whose solo album Scenes is a personal label favorite—returned to ECM more than two decades later with High Lines, a multifaceted set of music that draws on his love for theatre (as a longtime collaborator of dramatist Robert Wilson), film (having scored for Wong Kar-wai, Martin Provost, and many others), and dance. These activities brought him to many places around the world, among them Iran, where rhythms and melodies swirled their way into much of the writing realized here. From his soundtrack to Secret Ballot (dir. Babak Payami) to his extensive incidental work with Wilson, the program references many touchstones of Galasso’s varied career. Along with ECM stalwart Terje Rypdal on guitar (brought in at producer Manfred Eicher’s suggestion) and bassist Marc Marder with percussionist Frank Colón (brought in at Galasso’s), he opens himself to new interrelationships.

Because Scenes proved Galasso capable enough to row the waters in a boat of his own making, the presence of another distinctive voice in Rypdal bears mixed fruit. Whereas his atmospheric contributions in “Spheric” and “Fog and After” give sanctity and tactility to the surroundings, as an agent of melody his guitar feels like an afterthought in the context of tracks like “The Other” and “Swan Pond.” There’s not a single thing off about the playing itself: it’s pure Rypdal flame. It just doesn’t always have its eyes open. Then again, High Lines is more about the music than about the names behind it, and ultimately succeeds in this regard. Spread like ceremonial salt across a sumo stage, it prefaces a slow-motion ballet of powerful bodies in motion. Some of those gestures are cryptic, others hypnotic, and still others are intensely filmic. In the latter vein we have “Gothic Beach,” a brief passage pairing violin and ocean waves. Every footprint on those sands glows with life.

And really, the four strings conveying these things are the album’s heart and soul. A few pieces find Galasso multi-tracking on delicate fulcrums (“Iranian Dream” being a standout in this regard) and even experimenting with starry digital delays, as in “Boreal.” Lost travelers from Scenes (e.g., “Chaconne”) cross our paths, swaying and arpeggiating to the metronome of distant winds, while less familiar figures also sell their wares along the way. As one title would have it, this is an album of crossing colors, and in the final “Gorge Green” we have a churning stew of them. It is perhaps no coincidence, then, that Rypdal achieves strongest congruence of purpose here, tethering the journey at last to a foreseeable destination.

Yet lurking in the chemical composition of these sounds is an element that belongs to no instrument or music-maker. It is one that Galasso’s music activates of its own will, a wish made real in the asking.