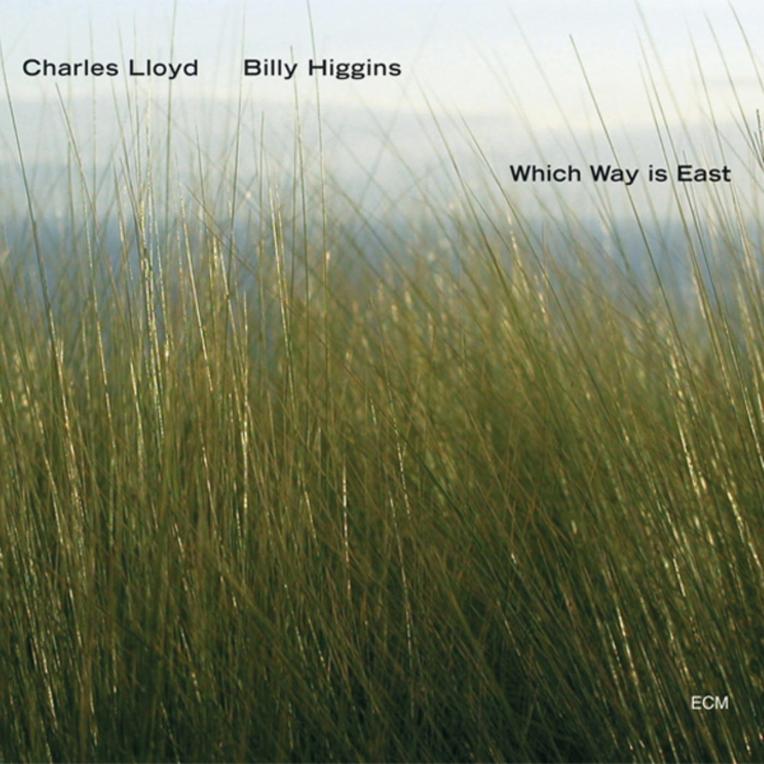 Billy Higgins. A man brother-in-charms Charles Lloyd once described as having the “dance of life.” A soul with whom, in ensemble contexts, the saxophonist forged a relationship so deep it begged to be loosed, unhindered in the week of playing, documenting, and spiritualizing that manifested as Which Way is East. More than a coming together, it is unencumbered unity, testimony to a higher power…. Call it what you will. For Higgins, its path is Islam; for Lloyd, Vedanta. And for the listener? A two-disc, thirtyfold undoing of expectations that is its own begotten magic.

when lightning strikes
sound emerges from the womb:
a cloud in whom the tallest tree
seeks timely renewal

Together, its eight titled suites form a masterpiece in the most literal sense: a piece—a fragment—of mastery, a flicker of the eternity that nourished its becoming. Through its window we might see fields aflame, ices melting, suns and moons weeping. We might also know our past and future selves, a map of this and other lifetimes. The tools at the duo’s disposal speak of itinerant natures, of traveling minds absorbing local melodies like sponges. In this regard Higgins reveals a side until now obscured, a cocktail mixed from Delta waters, godly praises, and love songs. His interest in song draws from a broad palette of instruments—including the guimbri (three-stringed bass lute of the Gnawa), guitar, Syrian “one string,” plus an array of hand drums from across the continents—and languages (English, Arabic, and Portuguese roll off his tongue in kind). Lloyd fans will have come to expect cameos from winds like the Tibetan oboe and taragato, but may be surprised by his turns on alto (Lloyd’s “secret weapon,” according to Higgins) and piano.

The sound of ancestors spreading wings, spinning flesh from sunlight. This is the impression of the opening suite, What Is Man. From blush of flute to strike of drum, from voice of throat to that of string, Lloyd and Higgins establish a sacred circle, scratched and torn like the skin and muscle of a wounded animal. The tenor’s entrance is shock and satori. The effect is such that, when the free improvisational language of Part 3, “Civilization,” enters our ears, it feels unfamiliar and requires a degaussing of the mind by way of adjustment. The beat and the reed: primal core of jazz. Having gone through that rite of passage, we end in a “Sea of Tranquility.” Lloyd’s tender stroll across the keyboard prefaces the triptych of Divans. An opening salutation melts the doors to a sanctuary of twilight. In the central crypt, skeletons find new reasons to live in geometries of breath and movement.

Over a rocking plectrum, Higgins drenches worship to begin Salaam. Lloyd’s flute melts into alto, loses itself and finds passage into a cloudy heart. Its contours wrap around a statue of invisible strength, every muscle the manifestation of a song. The last panel, “Tagi,” weds Tibetan oboe and hand drums in an act of ontological possession, a disrobing of wasted thoughts, a dawning of shelter.

must the wind hold hands with sky and land?
must the water divide itself?
neither can be the path
for only the pathless will find their destination

All This Is That: a visceral unfolding of free improv, drums one step removed. “Hanuman’s Dance,” the 13-minute first part, dives into the sonic gene pool with alto ablaze, drums igniting the ether in kind before an audience of disembodied souls. Part 2, “Sky Valley,” is another piano solo from Lloyd that borders on impressionism. “Blues Tinges” follows with an organically crafted song from Higgins. It is a call to mercy, a reclusive meditation, an offering so central that it feels composed on the spot. Last is “Atman Alone Abides.” Featuring hand percussion and Lloyd on taragato, its loosely woven tapestry is a patchwork of wandering and proximity as Lloyd crosses the studio into a corner of night, righting wrongs in flesh and in love.

the whole body ensues, ensnares
washes itself of the soil
bathing in tears
drinking the life back in

Disc 2 begins with Desire, another triptych of immense proportions. Grounded in that same elemental force as “Civilization,” Lloyd’s tenoring describes a magical scene. Restless and skittering, its flora wither at the touch of the closing “Chomolungma.” The title here is an old Tibetan name for Mount Everest, and indeed its 13-minute excursion finds deep traction in every upward step, towering its exposition like that fabled peak with snowy veins flowing.

Devotion takes a more earthen tone with just a touch of grander mystery. The backwater poetics of “My Lord, My Lord” share the air with “Windy Mountain” in a powerful journey of self-discovery and selfless discovery, working a twisted pianistic core.

through surface and tunnel
over and under land
she guides, waiting
on the other side

Light of Love connects a range of dots, from Brazilian love songs (“Mi Corazon”) through barely spoken walkabouts (“Beloved, Chimes at Midnight”) to introspective song (“Take A Chance”). Each is part to a whole, a measuring of time by the breath of a sleeping child.

The curls of “Perfume of the Desert” float Lloyd’s tenor on a bed of reed and ash to begin the final Surrender. Across oceans and tributaries, it unties ribbons in every head of hair and with them weaves the soft basket of “Forever Dance” before folding into the wordless pitch of “Bis,” a solitary snap to close the lapel of doubt.

Which Way is East is unequivocally the profoundest statement of either musician. It belongs alongside Keith Jarrett’s Spirits as a phosphorescent example of pure expression. So sincere is it, you’ll forget you’re listening to a pair of jazz greats and know instead that you’re in the presence of sagacity beyond the circumscription of any genre. It is, then, more akin to a field recording, cast far like a fishing hook and reeled in bearing the fruit of the river…and a eulogy along with it. Within four months of these sessions, Higgins was gone from this world, though he remains by the power of such audible traces as these. Having once referred to the recording of Which Way is East as “two guys sittin’ on top of a mountain,” he is surely on that mountain now, looking down on us mortal folk from a vantage point higher than a thousand Everests, the dance forever on his tongue. 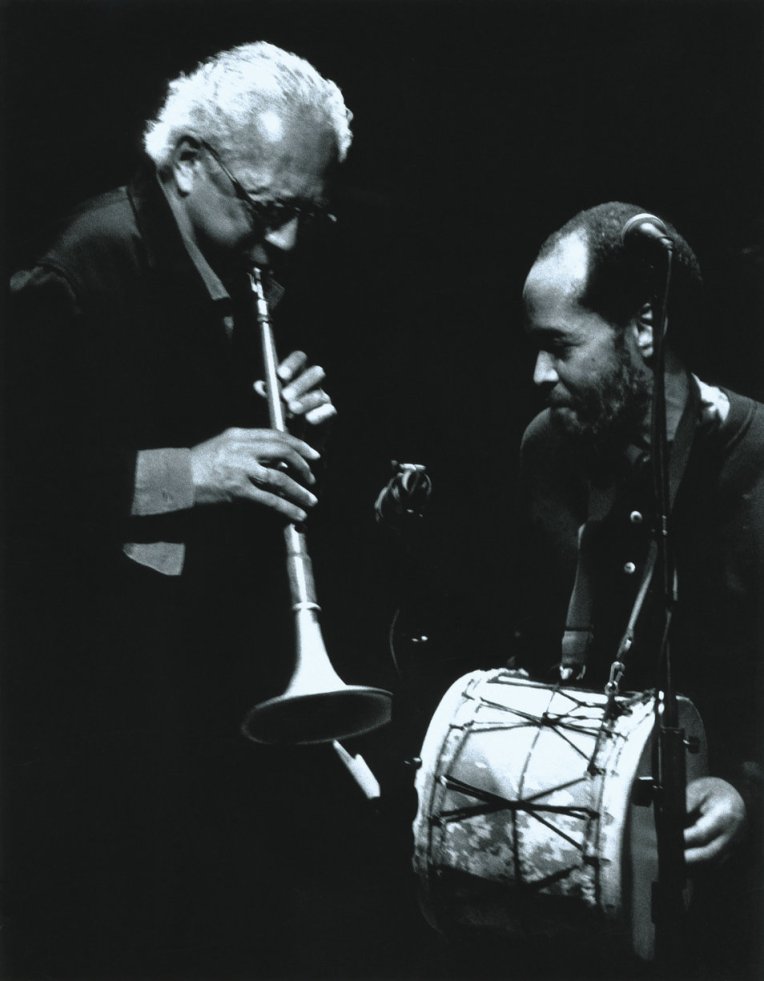