Louis Sclavis, who had by this point already left indelible footprints in the ECM trail with such memorable recordings as Acoustic Quartet and Les Violences de Rameau, surely surprised many with the release of Dans la nuit. The album foregrounds the French multi-reedist’s visionary composing via incidental music commissioned for a new print of Charles Vanel’s tragic 1929 silent film of the same name. One of France’s last silent pictures, Dans la nuit needed a soundtrack. Says Sclavis of the task, “I had to compose music that takes into account the period, the atmosphere of each sequence and their cinematic aesthetic. The music, at times, should have an angle on the action, an attitude, especially during the dramatic passages, should be almost as it were out of synch, giving it a distance that allows the tempo and the light to play their part. On the other hand there should also be a play of simple proximity to the characters and their feelings, realist or expressionist passages; all of this without too many sudden breaks.” In addition to his meticulously timed score, he included improvised passages in response to the images, thereby underscoring the Vanel’s spontaneous mise-en-scène.

The film itself is an almost forgotten gem of silent cinema, as attested by the intensity of its acting, the expressionism of its lighting, the creativity of its camera work, the brutality of its storyline, and the confrontational ploy of its denouement.[*] Its opening shots introduce us to an unnamed French mining village, a place rife with the very brand of contrast borne out by the protagonists. Scenes of industry clash with the gaiety of a rural wedding party. 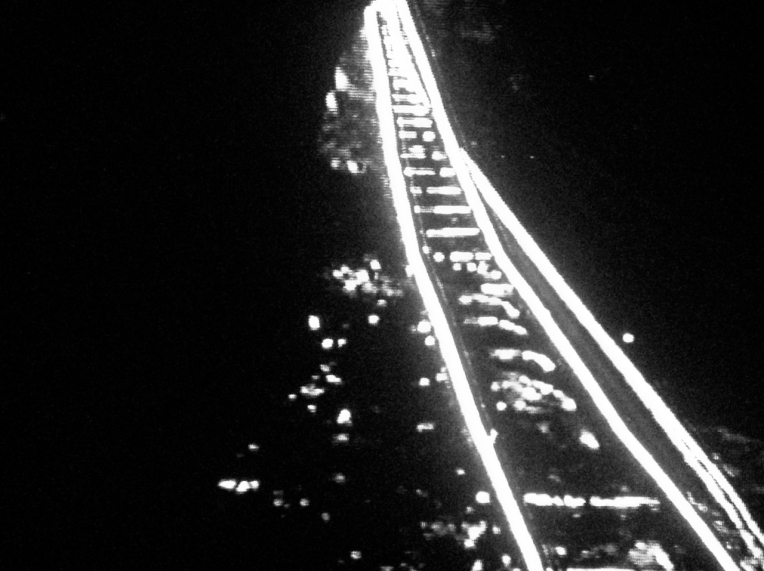 Friends and family drink and are merry, their revelry buoyed by the obvious happiness of the newlyweds in whose honor they have gathered.

Recurring shots of an accordion player give Sclavis an easy clue into the album’s instrumental spread, from which Jean-Louis Matinier’s bellows stand out for their fluid narrative power. 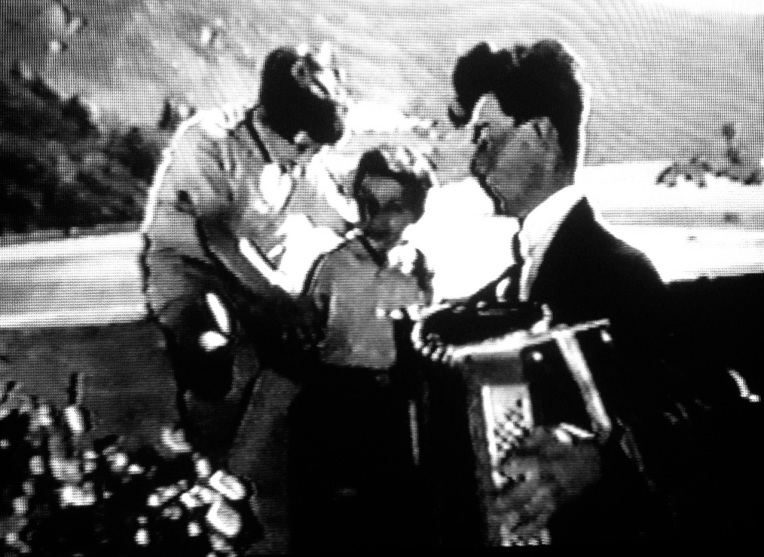 A dramatic cut sequence, however, upsets the certainty of the couple’s outlook as shots jump between a dolly pan of the wedding party and a crowd of miners headed for the local carnival. It is in the latter’s confines—the cacophony of which is palpable despite the lack of ambient noise—that these two worlds collide, and gives first indication that the husband is, in fact, a miner himself and is enjoying a rare reprieve from his toil. The happy couple rides into town by carriage, throwing bride (Sandra Milovanoff) and groom (played by the director) into a storm of activity. The ensuing whirlwind is expertly and descriptively captured by Vanel. Frantic overheads of swings and other amusements frame the bride in a blur of flesh and flowers, further unsettling her chances at happiness. 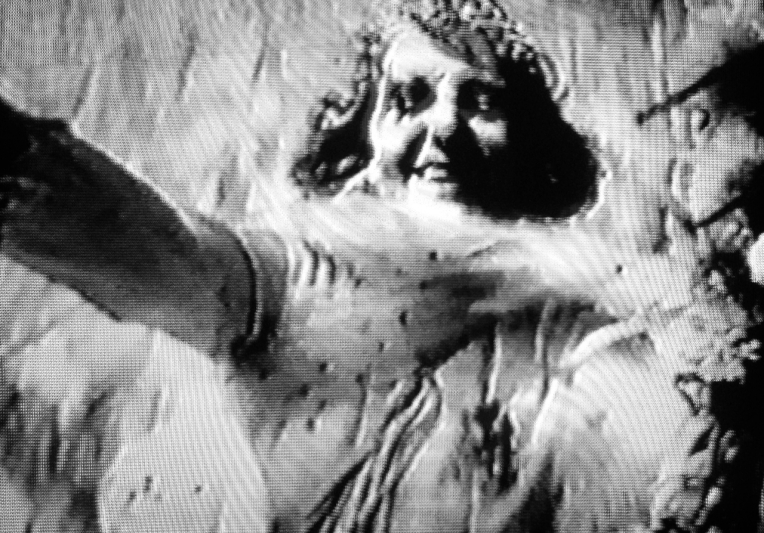 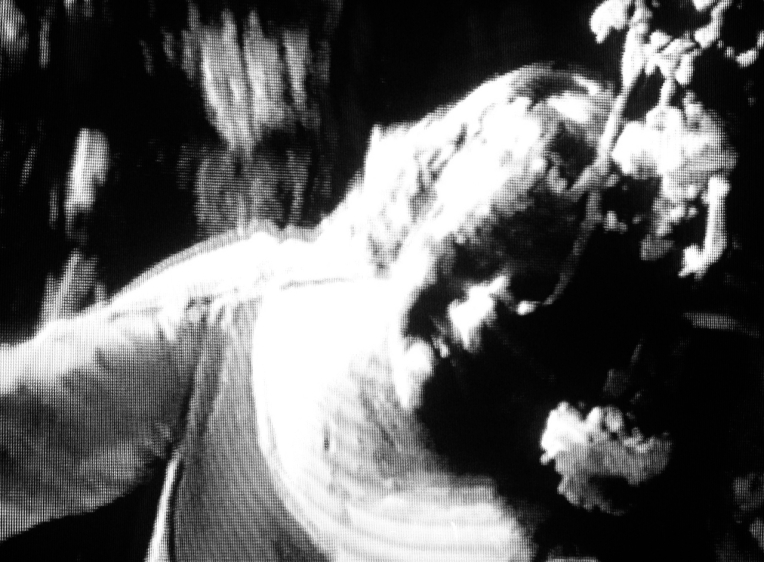 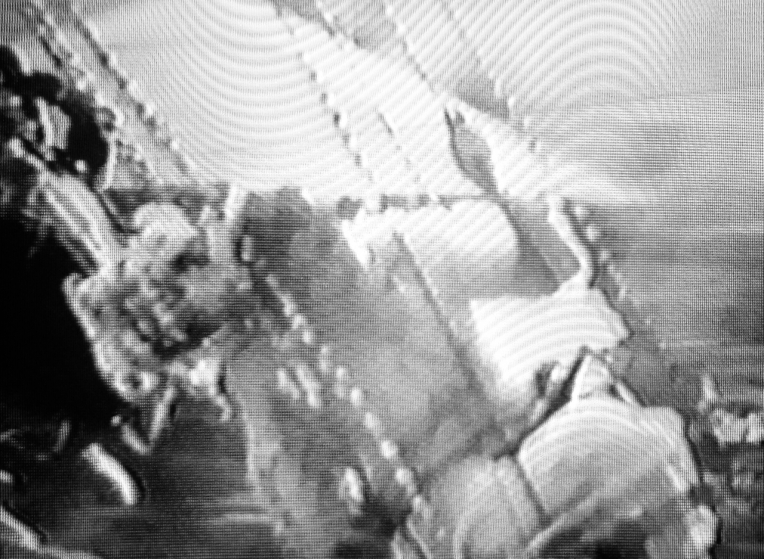 Before the newlyweds consummate their marriage, their faces are singled out by the camera in a montage of longing gazes, each a placeholder for the twist of resolution to be dropped like a lemon peel into the film’s martini glass in the final act.

Time passes, and wedded bliss has pervaded the wife’s daily routine. Viscous liquid flows down a sheet of glass placed before the lens, reverting us to the mine, where workers are preparing to dynamite the rock.

Children play in a nearby field, reinforcing Vanel’s penchant for contrast and painfully letting us in on the inevitable: the husband is buried by rocks dislodged from the blast. 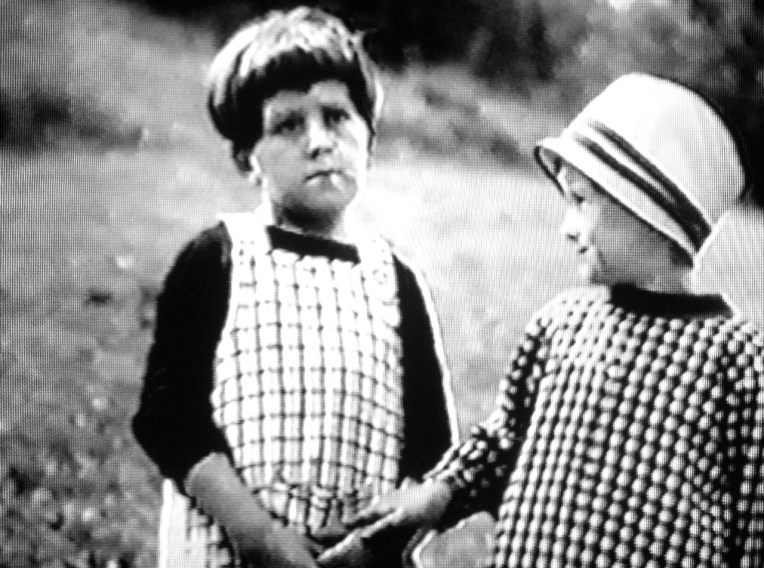 He returns home, a disfigured man. 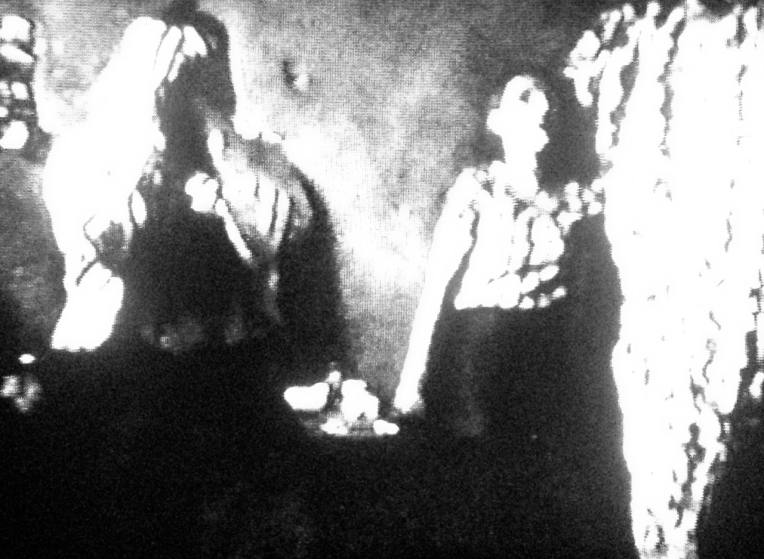 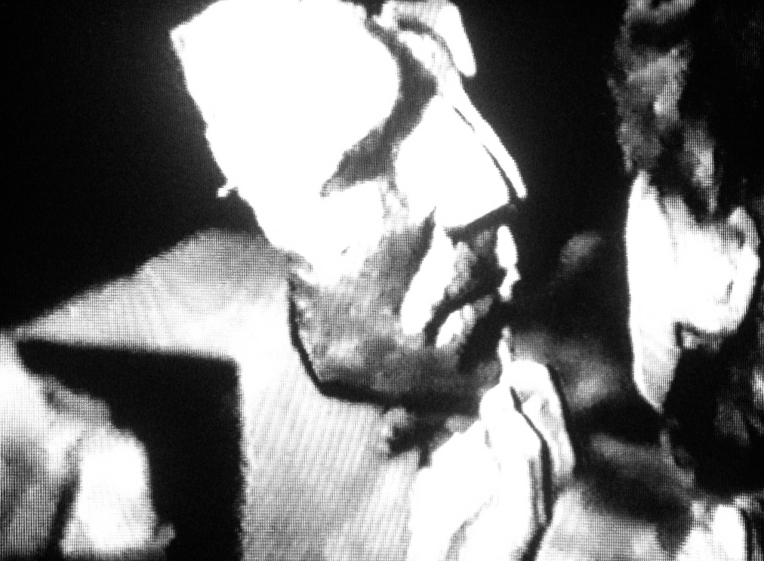 He bids his wife to fetch a mask from his belongings, which he wears to give his appearance at least semblance of normalcy. Life wanders on, but so do the wife’s passions, landing her in the arms of an illicit lover. The latter finds another mask (presumably a spare) in her husband’s likeness and puts it on. When the husband comes home unexpectedly early, the two men tussle for her hand. Vanel’s choreography makes it seem as if the husband has been killed. The wife and who she believes to be her lover dump the body, but when they return home, the man reveals himself to be her husband.

Even as she feels her entire world crumbling around her, she wakes up to find it was all a dream. 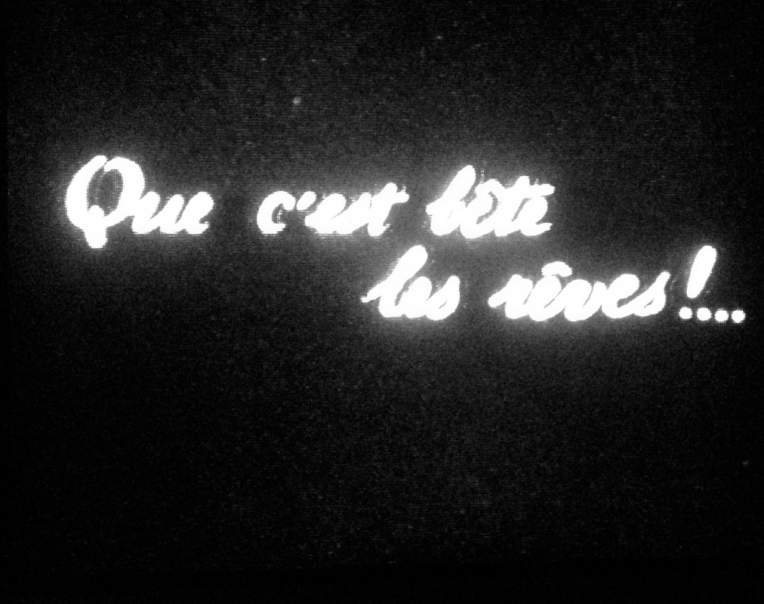 One could hardly dream of a more fitting score for this melodrama. Sclavis has forged no mere accompaniment, but rather a living entity that balances the film’s morbid undertones with a harmonious sheen. Two recurring motifs, “Dia Dia” and the title theme, lend the album a narrative arc all its own. Together, the former’s pairing of bellow (Matinier) and cello (Vincent Courtois) and the latter’s Yann Tiersen-like breezes lend a feeling of symmetry.

The descriptiveness of each tune speaks in the language of cinema, so that François Merville’s light percussive appliqué in “Le travail” gives just a hint of the labor it names. (The stark textures here recall Philip Glass—and indeed, one may wish to explore the American composer’s own scoring for silent films for more in this vein.) “Fête foraine” (Fairgrounds) lays tightly wound strings over martial snare, shifting midway through to mallets before returning to the procession. Such changes beguile throughout. The full import of the wife’s “Mauvais rêve” (Bad dream), for example, finds perfect introduction in the clarinet and cello duet (“Retour de noce”) that precedes it. Fantasy (“Amour et beauté”) changes hands with reality (“Le miroir,” in which violinist Dominique Pifarély sounds like a ghost), excitement (“La fuite”) with comeuppance (“Les 2 visages”).

Two of the album’s finest moments occur in “La peur du noir” (Fear of the dark), which expresses itself through a nervous heart murmur of solo accordion, and in “L’accident,” a two-part fragmentation of the film’s underlying tensions that works its corkscrew into a bottle long emptied of its hope.

Meticulously composed, arranged, and performed, Dans la nuit stands tall in the Louis Sclavis lineup—not because it is relatively “accessible” (which it is), but because its storytelling is so enmeshed with its source. It’s brittle continuity maintains shape even in the emotional push and pull in which it finds itself caught. Like the nameless wife’s nightmare, the music carries in its breast a hint of its own anxieties, reliving them for as long as there are mirrors, smoke, and light…

[*] I regret that I was only able to obtain an untranslated VHS library copy of the film, from which I could only extract stills by photographing the screen with my iPhone.