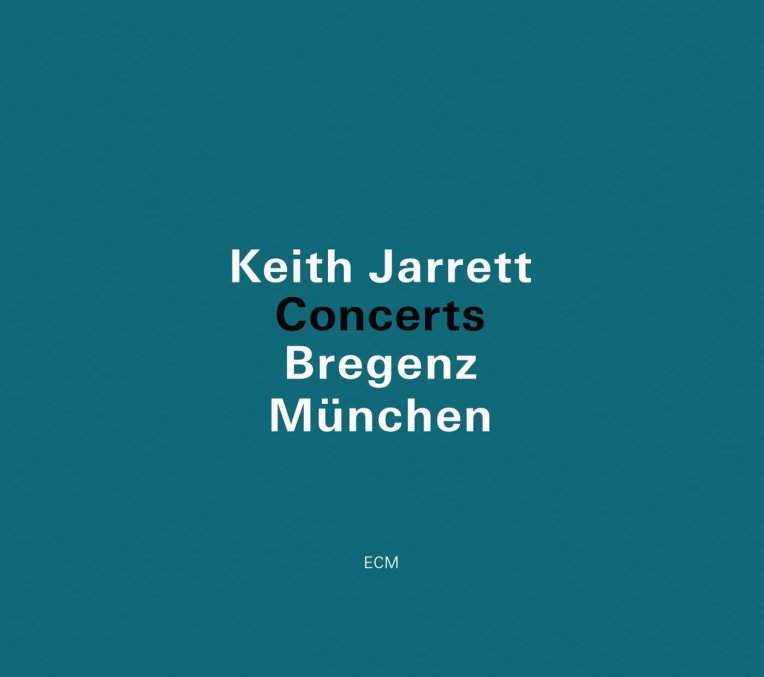 Concerts may just be the brightest star in the galaxy of Keith Jarrett’s live solo improvisations. Where previously one could get only a third of the nearly two-and-a-half-hour experience on CD (the entire experience was, of course, always available on vinyl), it has at last been restored to its celestial glory in digital form. Indeed, form is what this recording is all about, for its spins, seemingly from nothing, a fibrous body of sound. The first of the album’s concerts took place in Bregenz on 28 May 1981, the second in Munich on the 2nd of June that same year. Though markedly different, their kinship is overwhelming.

Bregenz is the meatier of the two, and comes into being, as Jarrett’s improvisations so often do, as if midstream, a reverie from which attention has been diverted by the circadian rhythms of life. A quiet and reverential tone pervades its initial stirrings, which sometimes dart into the sky like meteors in reverse. Yet one gets the feeling as Jarrett lays into jazzier motives that he is neither floating nor falling but emotes in softest paralysis. He intensifies urgency, stomping to a drum only he can hear. Within each solemn depression of key and spirited cluster alike, there is constant medi(t)ation. Like fingers uncurling, his music melts through tension and ego. Shostakovichian flourishes enable ecstatic transition into Part II, where the clockwork of his instrument further opens his performing self. He is a reflection of the interior, eliciting rolls that hum their way along the edges of unforeseeable futures into the stillness of bated breath. Were it not for the applause, the spell might never be broken. “Untitled” is terse and brightly syncopated, trail-marked by Jarrett’s paroxysms. These get a deservedly strong reaction from the crowd before ending on a soulful note with the anthemic, and iconic, “Heartland.”

Munich swaddles with its porous sound. Part I is likewise born to humble beginnings. Individual droplets spread into sheets of rain, in which one tastes a bittersweet concoction of trial and transcendence. Fingers slide into Gurdjieff-like homage, Jarrett grunting with intense joy between pauses, where breathes the generative energy that sustains his brilliance long into the enigmatic Part II. With this savory swing he mortars fractured arcs of time by way of uncontainable expectorations, every note emoting the staying power of a keystone. He breaks the stillness with his feet, easing into a liquid ostinato. Gently at first, then with more insistence, Jarrett gilds the frame with increasingly frenzied ornaments. At their center are the gospel sounds of Part III. Threaded by Jarrett’s singing on and off the keys, these bustle with a deep commitment to pastoral resolution, evoking the majestic patchwork of clouds as well as that of the land below them. This switches to rich ascending phrases and chord voicings, taking pleasure in the therapy of an unobstructed view, which Jarrett manages to describe to us as if we were blind. The little staircase of Part IV burrows deeper into the ear, opening into a full-blown lighthouse of sound before jumping off into the sparkling horizon. Abstract touches inside the piano break the monochromatic spell and pour us into the colorful world of “Mon Cœur Est Rouge,” in which Jarrett achieves such poignant balance that it might just be his most astonishing solo ever recorded. Running with the abandon of a child yet marked by experience, it beams a laser into a reprise of “Heartland.” The latter is the perfect title for Jarrett’s emotional geographies, inspired as they are by the terrain of love and photosynthesis that sustains them.

Most compelling about these solo concerts is that, no matter how epic their tales become, they never seem more than flecks of dew, noticeable only because Jarrett angles the sunlight on them just so. What stands out in these oceans of technical flourish, therefore, are those carefully rendered single notes. Whether finger-pedaled or hanging in space like gongs, each mitochondrial curlicue recedes into another life. That life may be yours or a stranger’s. Or maybe it’s trying to tell us that those lives are one and the same, and that a need for music has all along been the eternal chain of being from which we all swing and of which we all will one day let go.