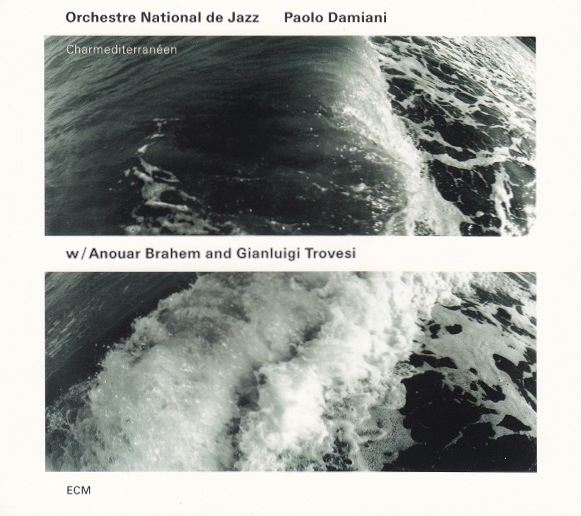 The seeds for the Orchestre National de Jazz were planted in 1982, when France’s Ministry of Culture set out to promote non-classical forms of music in general, and jazz in particular. The ONJ was at the forefront of this movement and, since its establishment in 1985, has cut across musical divides with utmost professionalism and slick telepathy. In the spirit of developing and exploring fresh repertoire, the ONJ takes on a new director every few years. This album comes from a period under the artistic vision of cellist and double-bassist Paolo Damiani, who spearheaded the ensemble between 2000 and 2002. Although Damiani had previously appeared on ECM as part of the Italian Instabile Orchestra (see Skies Of Europe), his presence here gains frontline recognition. Guesting with him are Tunisian oudist and Anouar Brahem and Italian reed maestro Gianluigi Trovesi.

The album begins with a suite composed around the myth of Orpheus. Told in four chapters, plus a prologue and epilogue, they key to this revisionist narrative lies in its array of psychological insights. The journey into the underworld, for example, feels as if it begins the moment the music exhales with its playful mélange of modern classical touches and eclectic flourishes. Yet rather than a torturous slog through fire and brimstone, we get a swinging gait through the pits of human despair toward the reflected light of Eurydice’s mirror. As much Godard as it is Cocteau, the resolve of this mise-en-scène blisters across a free jazz landscape. Electronic enhancements to the horns render ghostly faces that swirl in and out of focus. Such infusions align this album more closely to Evan Parker’s Electro-Acoustic Ensemble than to more conventional outfits. This isn’t your grandmother’s big band.

One suite follows another in the form of “Estramadure.” This three-parter is attuned to overtly compositional impulses, overlaying jagged themes onto smooth backings of winds and brass. Rhythms are tight but spongy, absorbing all that comes their way. Damiani glows in a superb solo turn, making way for a rainy montage cut to ribbons by the sharp relief of Trovesi’s altoism.

Those expecting to hear more of Brahem and Trovesi will either be disappointed or pleasantly surprised. Still, enthusiasts can bask in the warm light of “Montbéliard Trio,” in which the heroes of the hour spend twenty luxurious minutes in various stages of audibility eliciting gorgeous, elliptical themes toward rapture. Brahem also gilds the title track—which translates to “Mediterranean spell”—with appropriately dream-like patterns. Equally deserving of attention are the contributions of violinist Régis Huby, whose restless technical precision recalls that of Mark Feldman. Huby gives especial vibrancy to this 14 and a half-minute epic and elicits a memorable performance in the first of two iterations of “Argentiera.” The fluid stylings of electric guitarist Olivier Benoit also deserve special note.

All told, this is a consistently detailed and sometimes surprising effort that is sure to reward repeated listening.