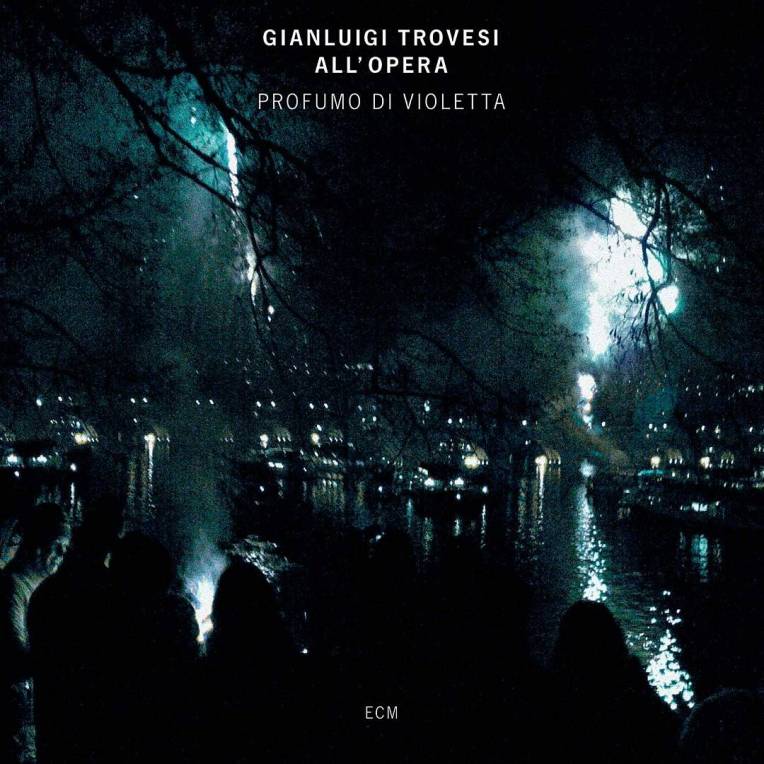 The mind of multi-reedist Gianluigi Trovesi is a storehouse of refraction, the lens of a human kaleidoscope in whose turning we can see many zeitgeists, each gushing with its own color. For Profumo di Violetta, Trovesi dives headlong into a sea of operatic favorites, treading waters at once romantic and troubled. With sources ranging from Monteverdi’s L’Orfeo to Puccini’s Tosca, his meta-commentary manages to draw fresh catch from an overfished pond. Buoyed by a wind and percussion orchestra in the grand “banda” tradition of his native Italy, Trovesi taps his memories as a boy growing up around these ad hoc configurations and from them coaxes shoots of ingenious contrast.

It’s easy to appreciate the boldness of this project, which spreads the melodramatic jam of tragedy across hunks of improvisatory bread. In the latter vein, Trovesi is very much the Mad Hatter, altering familiar motifs as might a furniture restorer strip a bench to expose long-neglected grain. In the process, however, one comes to realize that his penchant for humor is not without its serious edge. Take, for instance, his rendition of the famous “Largo al factotum,” which turns a tongue-tying chain of Figaros into a field of dots connected by the fuzz of a heavily distorted electric guitar. A far cry from the tuxedo-and-evening-gown aria, it nevertheless boils over with intuition. Such brilliant grandiosity is part and parcel of the album’s sweep.

Bookended by a Prologue and Epilogue, Profumo unfolds across wild stretches of the imagination. The program proper is broken into six sub-suites, of which “Il Mito” (The myth) drops us into the path of Orpheus. Here Trovesi binds a Toccata and Ritornello of Monteverdi with his own compositional veining, so that the sonority of the old touchstones and the whimsy of the new may interlock in flight. In this regard, the butterfly kisses of “Musa” massage away the fatigue of interpretation, allowing Trovesi’s taunting clarinet in “Euridice” to work its way like sugar through the nervous system. His height of range on the instrument is piercing, tickling the clouds until they loose jazzier droplets.

From the underworld to the overdressed, Trovesi and his cohorts escort us to “Il Ballo,” for a dance that is as grand as it is brief. This leads further into “Il Gioco Delle Seduzioni” (The game of seduction), a triptych of early Baroque and contemporary transparencies. From the convivial to the parodic, Trovesi navigates its burrows with eyes closed and whiskers extended, playing with feet aflame while maintaining control of his dance at every bend.

The performance ends with “Così, Tosca,” which for all its eclecticism breathes with consistency. Trovesi’s soulful pitch-bending traces every contour of an underlying drone with care. A subtle harrumph in the brass only serves to brighten the felicitous interweaving of breath and sonority that is his reverie, diving headlong into an incendiary finish that grovels with profound favor. Indeed, the album might just as well be called “Profondità di Violetta,” for all its depth of thought, arrangement, and execution.