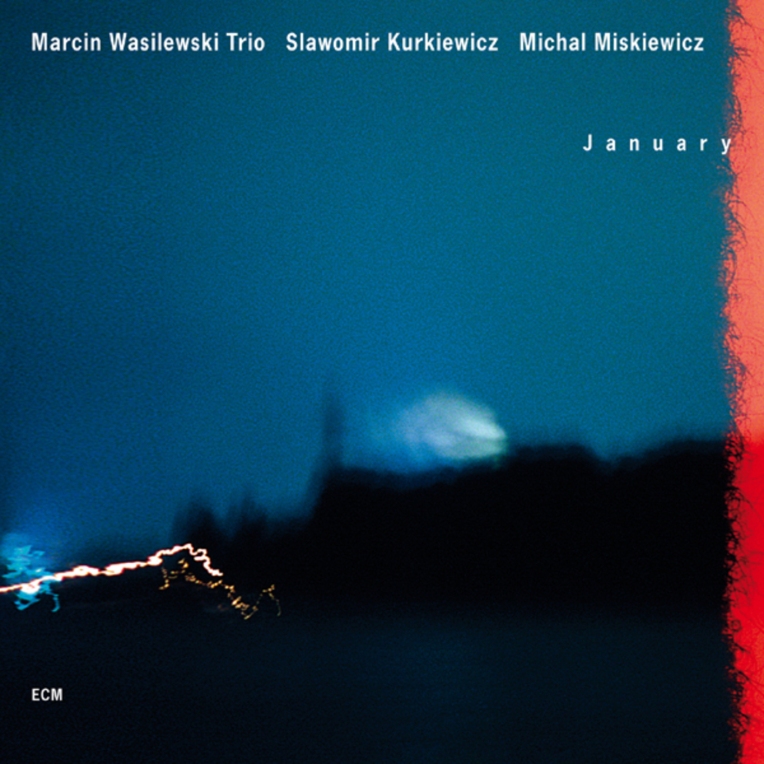 Pianist Marcin Wasilewski is a seeker of themes. As nominal leader of one of the most assured trios in recent jazz history, he throws together a variety of sources, moods, and songs into one pot, stirring until every ingredient takes on something of the rest. Bassist Slawomir Kurkiewicz and drummer Michal Miskiewicz are therefore no mere sidemen. Their flavors permeate every morsel of this sonic stew, the group’s sophomore disc for ECM. With well over a decade of steady experience going into this record, it would be harder not to enjoy the synergy at play.

As per usual, the set list is grab bag of delights. Wasilewski leads off “The First Touch,” one of four original tunes, on a tender foot. The rhythm section here marks time by beats irregular and less discernible: kisses of raindrops before the album’s quiet storm. The title track, another penned by the pianist, is as somber as its season and finds Miskiewicz in a decorative mode. Balancing these are “The Cat” and “The Young and Cinema,” both decidedly hipper affairs replete with flourish and sparkle. Drums and bass crosstalk beautifully in both, the latter miked in such a way as to capture every inflection with immediate clarity.

Brightening the music’s silver screen pulse is Ennio Morricone’s “Cinema Paradiso,” of which the pianism is so delicate that it nearly floats away of its own volition. Gentle, yes, but patterned by the razor edge of nostalgia. Such blurring between image and sound is paramount at ECM, and fans of the label will encounter much to admire between two cuts suggested by producer Manfred Eicher. The trio’s loving attention to detail is especially poignant in “Vignette,” which casts a backward glance to Gary Peacock’s seminal yet often-neglected Tales Of Another. The bassing here is magnetic, independent yet resolving by a gradual return to fold. By contrast, jocularity abounds in Carla Bley’s “King Korn,” which gets a treatment to be reckoned with. There is, further, a poignant nod to Tomasz Stanko—with whom the trio first gained international notoriety—by way of “Balladyna,” an enduring swirl of leaves fallen from the tree of Stanko’s label debut.

The group’s tradition of pop do-overs continues with Prince’s “Diamonds and Pearls,” bringing to light the album’s most soaring passage and providing an aerial view of the trio’s melodic landscape. All of this ties together in “New York 2007.” This improvised blip completes the radar sweep by which this album navigates. January belongs on any jazz lover’s shelf right next to Changing Places as yet another groundbreaking statement of trio-ism from ECM. Its sounds are hollow-boned and ready to fly.